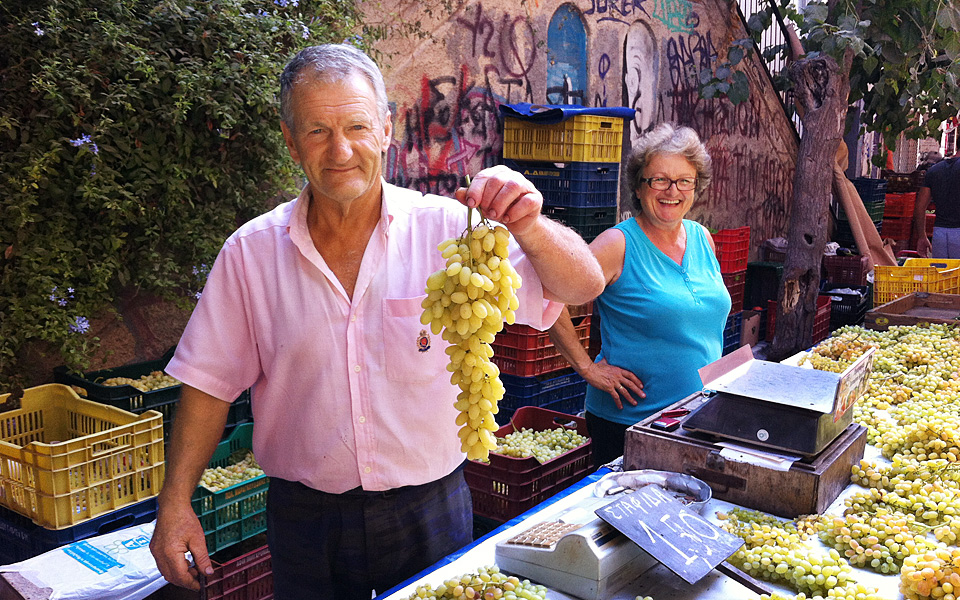 Stroll and you shall find, if not fresh vegetables, at least a slice of the Greek psyche.

If you are staying in the capital for more than a few days and have grown weary of museums and archaeological sites, you may want to spend a morning strolling around a farmers’ market (known in Greece as a “laiki agora” or people’s market). Farmers here typically sell their locally produced fresh fruit and vegetables, but you can also find fresh fish, eggs, olives, honey, herbs and flowers, while on the fringes of the market you may also come across cotton panties, super bras, nightgowns, along with household items such as brooms and plastic buckets.

Farmers’ markets were first established in 1929 as part of “fair trade” efforts by the government to protect producers from the profiteering of middlemen, by giving farmers the opportunity to sell their products directly to customers. These markets have been popular ever since and essentially still serve the same function.

As in the old days, they still take place on designated streets in each neighborhood, where on a specified day each week they become the center of social activity. A place where friends meet and catch up, neighbors run into each other (whether they want to or not) and vendors discuss current affairs with customers they’ve probably known for years. 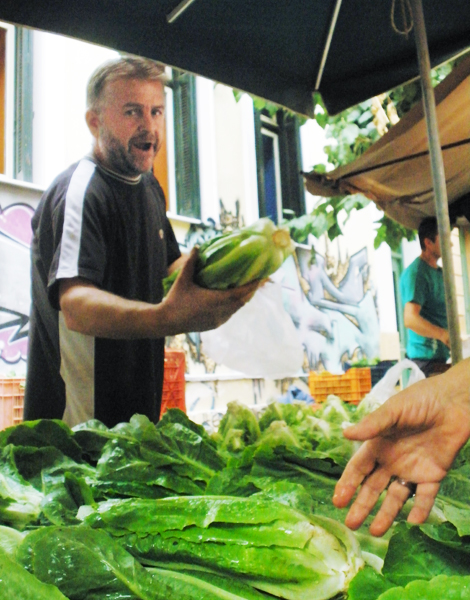 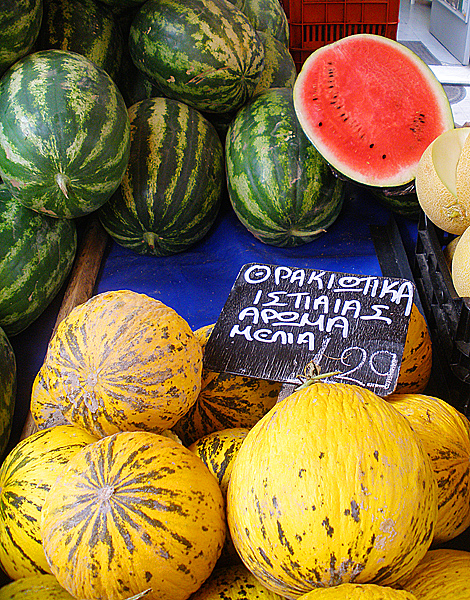 “On Kallidromiou Street Farmers’ Market for just one euro you can get a kilo of zucchini and a fair amount of social commentary.”

There are many markets to choose from in the center, but the most famous and picturesque is hands down the one on Kallidromiou street in Exarchia every Saturday. The market owes much of its attraction to the surrounding neoclassical houses built in the late 19th century by the area’s first residents. While the neighborhood itself has a different claim to fame, for Exarchia has been the city’s hub of political ferment and tension since the Athens Polytechnic uprising in 1973. So don’t be surprised if among the stalls you spot left-wing radicals distributing leaflets, tirelessly urging you to say “No” to Europe.

Emboldened, perhaps, by the area’s militant past and present, the street vendors here ply not only zucchini and juicy pears, but also political ideas and social commentary. Not that Greeks in general are shy about voicing their opinions, but here it’s as if they are somehow expected to. “Vote with your heads, not your hands,” Giorgos teasingly advises with reference to the upcoming elections while selling his aromatic grapes. “Politicians don’t see. How can they govern if they don’t see?” ponders Victor, an Albanian, who sells women’s dressing gowns. 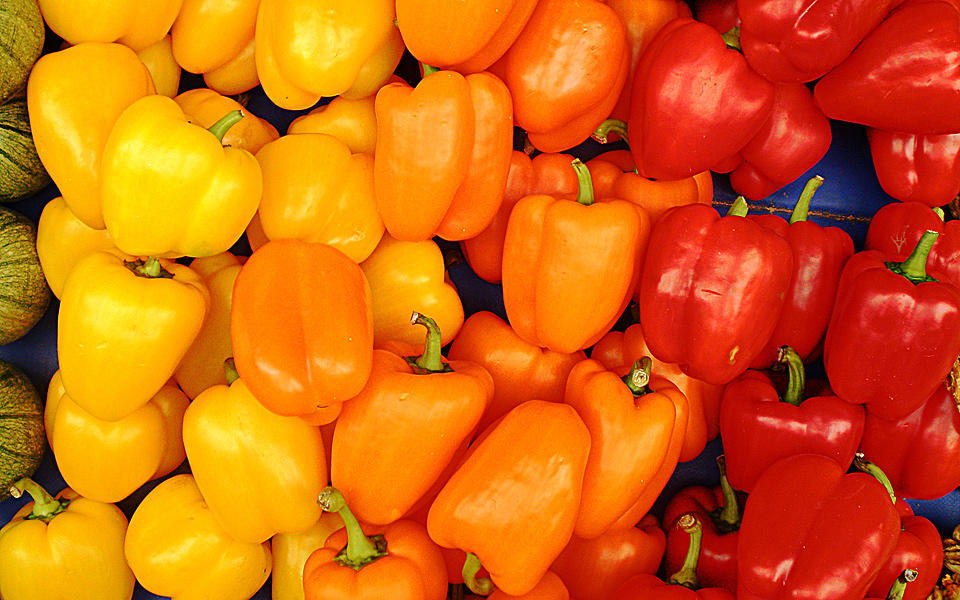 You may not understand much if you don’t speak the language, but you will sense they are advertising something more than their goods and prices. Still, not all vendors are politically driven. Most just want to chitchat; smile back and they’ve got their cue to tell you something, anything, about life. Your nationality won’t stop them. Even with non-existent English skills, they’ll gesture frantically till you understand them. Some are more philosophical, “Why photo this old house? Falling, like us.” Others are more humorous, “No photo fruit, photo me. Twitter”.

Different nationalities, generations, personalities and ideologies converge in this modern-day Pnyx*, where all ideas are up for discussion. You may end up not buying anything, but for a few hours you will have treated yourself to a special corner of the city and to a sample of genuine Greek temperament and culture.

* Hill in central Athens where Athenians held their popular assemblies from as early as 507 BC.