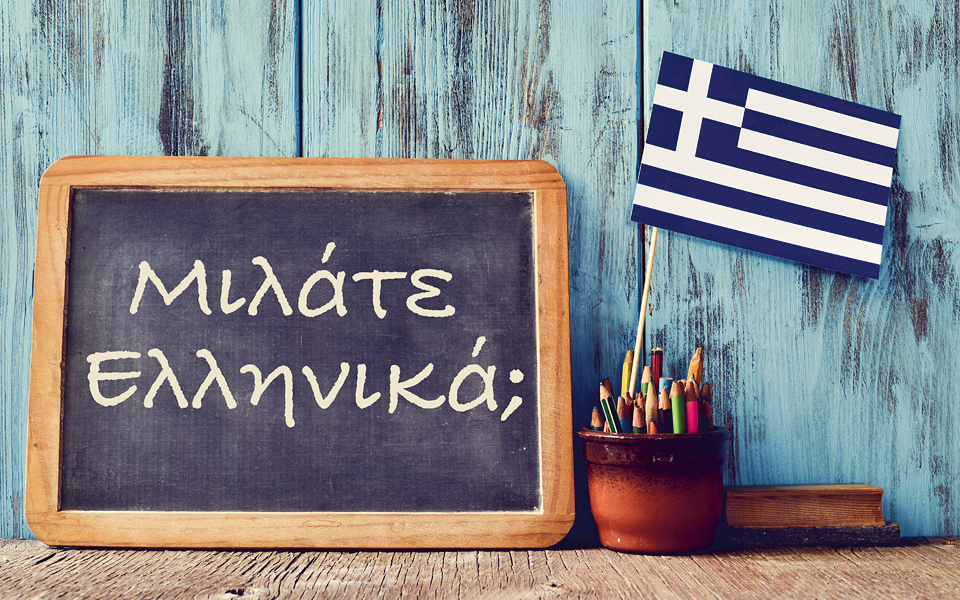 A Guide to Greek Slang

It doesn’t have to be all Greek to you if you nail a few key phrases.

Greek is a highly expressive language. Many is the time now when I reach for an expression in conversation with non-Greek speakers only to realise that it doesn’t exist in English. But I won’t lie. I’ve never sat crying over verb conjugations for any other language, so I’m here today to save you that trouble.

This is what they don’t teach you in language class. Language classes, by and large, teach you the nuts and bolts version of speaking a language. They don’t really teach you what you need for street survival, the way that people really speak a language. For example, in every Greek class I have ever taken, one phrase repeatedly drummed into our heads was “Excuse me, do you know if there is a bakery nearby?”

Which in Greece, where there is a bakery on nearly every street corner, might elicit the response “Are you blind or something?” Incidentally, the one and only time I did need to use that phrase, the guy didn’t know if there was a bakery nearby. Go figure.

The true variety and creativity of Greek phrases becomes apparent once you learn enough of the language to start speaking it with any level of competence and start throwing colloquial phrases around.

Some of them make no sense when translated, some are impossible to explain even by the Greeks. Most of them are hilarious, but simultaneously too filthy to be printable, so I give you a family-friendly selection below lest you feel like trying out the language on your visit.

A Greek phrase that instructs you to have your eyes fourteen. It means to pay close attention, keep your eyes peeled which if you think about it, doesn’t make sense either.

A common threat brandished by mothers and grannies to errant little children, telling them they’ll eat wood means they’ll get a smack. Used mostly as a threat, at least in the cities, where smacking children in public is rapidly going out of fashion.

Efaga ton kosmo na se vro (I ate the world to find you):

Used when you’ve spent a long time looking for someone or something, meaning I searched high and low for you.

Meaning when somewhere is very hard or complicated to get to. As in, “I looked up that restaurant and I’m not going all the way to the devil of the mother just to eat souvlaki when I can get it around the corner.” Not really a phrase you’d use in polite company, more among good friends.

Pias to avgo kai kourefto (Grab an egg and shave it):

Not even the Greeks know the origins of this phrase. Used to describe a Catch 22 situation, or something you can’t make sense of.

Pnigese se mia koutalia nero! (You drown yourself in a teaspoon of water):

Used to describe someone who is melodramatic or makes a big deal out of nothing.

Na miriso ta nichia mou? (Should I sniff my nails):

Originally meaning I have a premonition, now this phrase has come to be used in a sarcastic way, in place of how should I know.

Fagame to gaidaro, mas emeine i oura (We ate the donkey, just the tail is left):

Meaning we’ve done most of the hard work, now just a few details are left.

This one used to confuse me, because a lot of Greeks directly translate it from Greek to English. It means something is really fantastic. So it might be used like this “You have to see this show. It’s brilliant. I’m telling you, it doesn’t exist.” You see how this could be confusing to a language learner.

Den mas ekatse (It didn’t sit on us):

Meaning it didn’t work out for us.

Efaga porta (I ate a door):

Meaning my efforts didn’t work out, I was rejected.

To ekanes thalassa (You made it a sea):

Meaning you ruined it, you made a mess of it.

In Greece, it never rains cats and dogs, it rains chairs.

To egrapsa sta palia mou papoutsia (I wrote it on my old shoes):

A much more polite form of the original and more commonly used expression, which describes writing something on a certain part of the male anatomy. It means I gave it no importance.

Chlomo mou fenete (It looks a little pale to me):

When something doesn’t look likely.

Meaning it will be so bad it’ll be good.

Den mou emeine andero (I didn’t have any intestines left):

Used to explain when you found something particularly hilarious and couldn’t stop laughing.

And we’re back to the eggs again. Once more not a person I know can explain to me what this is supposed to mean. It’s usually tagged onto the end of a phrase to denote how little you care about something. I really can’t illustrate it without crossing the line so I’ll leave that to the powers of the internet.