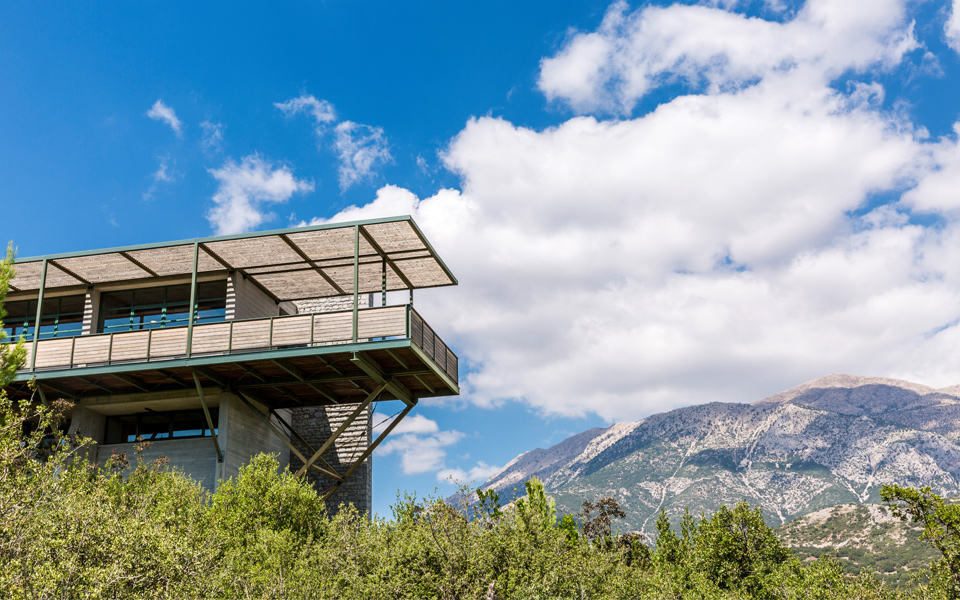 A Slice of Nature

The Environment Museum of Stymphalia is a lively reminder that the environment and human activity are mutually dependent.

I was skeptical of my friends’ proposal for a visit to the Environment Museum of Stymphalia, in the Peloponnese. This perversion for autumnal jaunts requires you to work hard for your excursion: the sun and sea are not enough; cultural explorations are de rigeur. But this dollhouse of a museum, much like a rustic lodge, changed my mind and now I recommend it as one of the best-hidden secrets in the mountains of Corinthia. 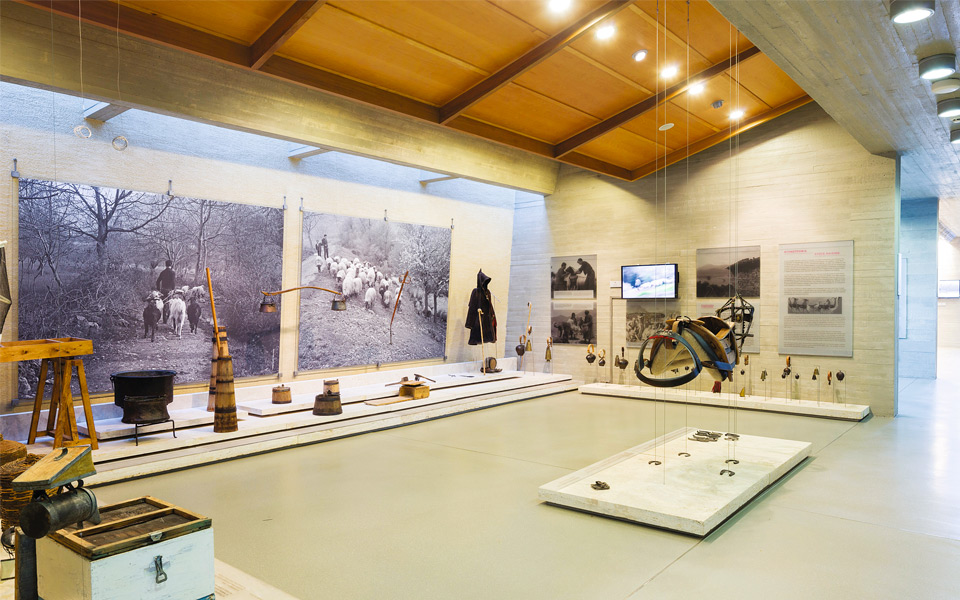 It is located on the same spot where legend has it that Heracles slayed the Stymphalian Birds. From the viewing deck outside you can see the lake, so covered in reeds that you almost forget that it’s a body of water and not just any, but the biggest alpine basin in the Peloponnese. Sadly abandoned to the elements for years, it is now experiencing a revival thanks to the European Union’s LIFE funding tool, which is being supervised by Piraeus Bank under its “Sustainable management and financing of wetland biodiversity” program.

“ This dollhouse of a museum, much like a rustic lodge, changed my mind and now I recommend it as one of the best-hidden secrets in the mountains of Corinthia.”

The arrangement of the museum is a practical reminder of the underpinning theory: that the environment and human activity are mutually dependent. In the first hall we learned (from interactive applications and documentary films) the history of the lake and viewed the environment through the eyes of travelers and scientists. The back rooms function like a small folk museum on agricultural practices, livestock farming and transportation by pack animal. 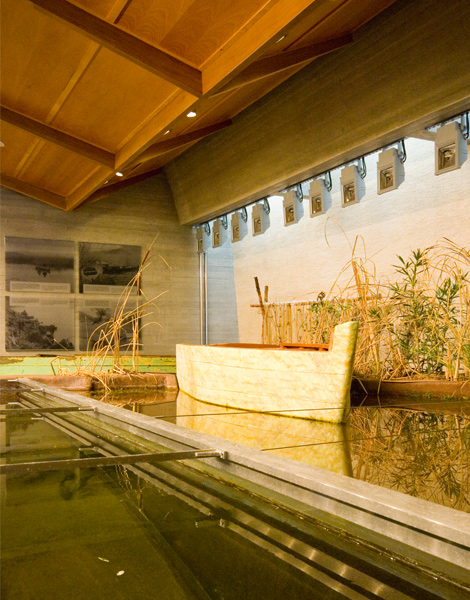 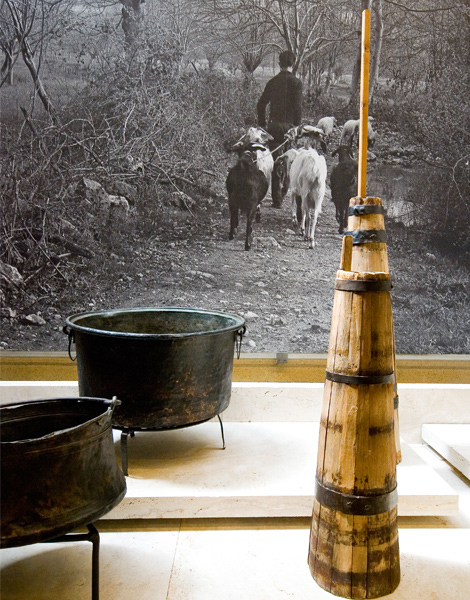 The younger children in our group were thrilled by the forged metal cow, sheep and goat bells on wood or leather collars. The older boys examined the scythes and the beekeepers’ facemasks (fascinated by the apiary in “Mr. Holmes,” which we’d just seen). Young and old alike, we could barely contain ourselves from climbing into the wooden pirogue that used to constitute the many mode of transport on Stmphalia and which was floating on an artificial cross-section of the lake created in the museum, complete with indigenous fish and plants. The pirogue is one of the more compelling displays: its helps you imagine the boatmen who once navigated the lake’s blue-grey waters using a single pole. And this simulated slice of nature is one of the museum’s biggest successes, allowing you to feel as though you are walking under the walnut trees and cedars, past holly bushes, understanding the motion and the action of the water that shaped this area.