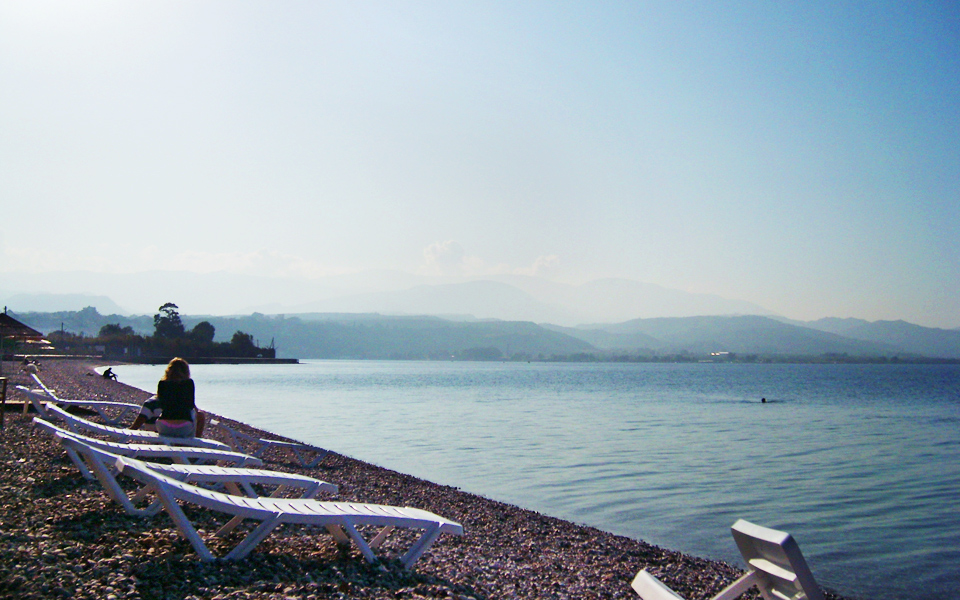 Aigio: A Little Taste of Paradise

Located on the northern coast of the Peloponnese, Aigio, once the centre of Greece’s rich currant export trade, has lots to offer in terms of history, sightseeing and cuisine.

When my husband asked me a decade ago about moving to Aigio, I had to ask where it was. As I now thankfully know, it is located in the most beautiful part of the Gulf of Corinth. For me it is also a place of inspiration, as I have written a book (both German and Greek versions are available) about the War of Independence, which also played out in the small city.

I was even more impressed when I learned about its rich history: it was first mentioned by Homer, who stated that this was the point where the Achaean fleet gathered for its journey to Troy. Pausanias rested here on his travels and has, over time, become identified with an enormous plane that has been standing for centuries at the seafront, awaiting visitors.

The nearby ancient city of Helike was destroyed in 373 BC by a gigantic earthquake and tsunami. Now an important archeological site, it has yielded key information as to how the ancients lived.

After the Fourth Crusade the area was conquered by the Franks, who founded the Principality of Achaia, one of three major vassal states of the Latin Empire. The Peloponnese still contains many castles that are silent remains and witnesses of this period. German archaeologist Heinrich Schliemann passed through Aigio on his way to Troy, where he would discover King Priam’s Treasure.  In 1821, one of the first meetings of  Filiki Eteria (the Greek secret organization whose purpose was to overthrow the Ottoman rule) took place in a house in Aigio that can still be seen. Many believe that Aigio, together with Kalamata, was the first Greek city to be liberated from centuries of Ottoman rule. 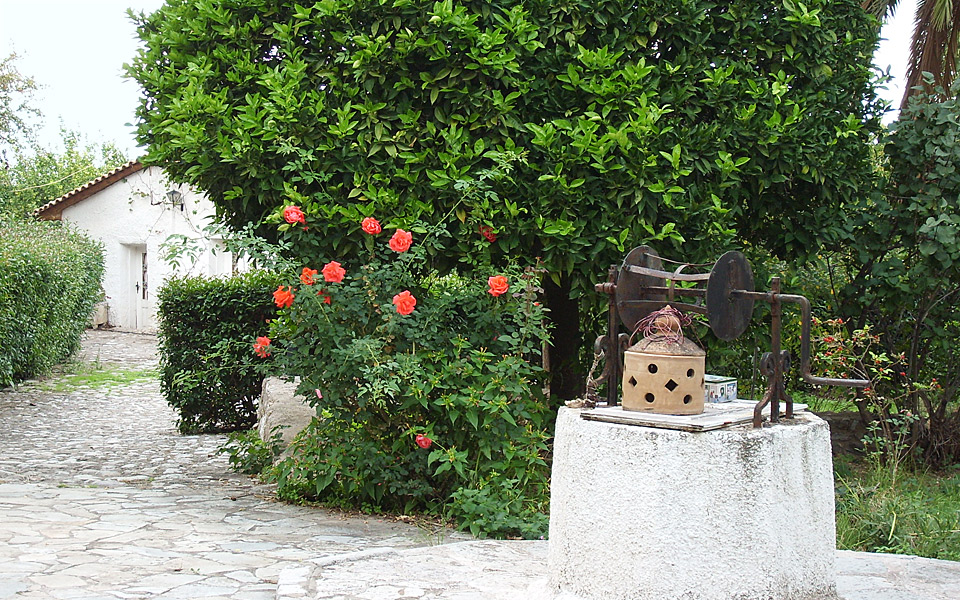 In the 19th century Aigio was renowned for its currants, which for a period were Greece’s main export. The Vostizza currants, which get their name from the way westerners rendered Vostitsa, the city’s pre-independence Slavic name, remain a well-known, quality brand, even if production around Aigio is much less than it was two centuries ago.

The seafront is dotted with the old warehouses used to store goods that came here for export on ships from as far as Galaxidi, on the other side of the gulf, and the mountains of the Peloponnese. Nowadays they host small bars and restaurants, which make for an ideal evening on the promenade, which leads to the famous Panagia Trypiti church, which is perched on a steep cliff.

“ I try to imagine the big fleets of the past, picture the knights riding their horses and envisage the ladies of ancient times walking the same shores.”

Personally, I love to walk along the pebbly beaches. Sitting on a rock while watching the sun go down over the mountains, I try to imagine the big fleets of the past, picture the knights riding their horses and envisage the ladies of ancient times walking the same shores. Throwing a pebble into the water is not just something I love; it is my way of showing that everyone can enjoy the seaside. The water is clear, although a little colder than the Mediterranean, but that also means it is less salty.

This is out little piece of paradise, where life, far from the globalized industrial world, is still comfortable and original. It is a small spot where humans have remained human, even during the crisis. 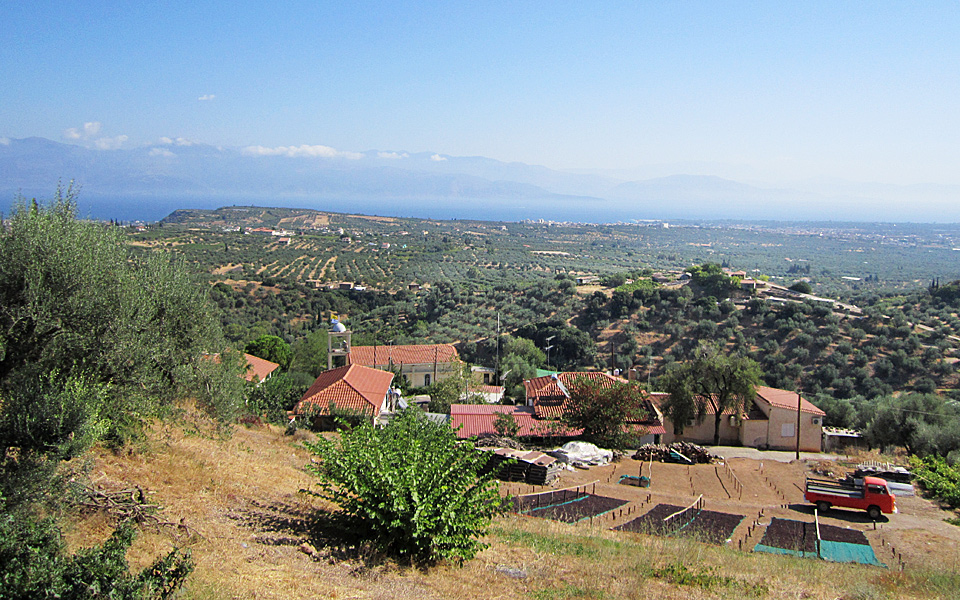 AIGIO STOPS
• The buildings designed and built by German architect Ernst Ziller, one of which houses the archeological museum. The other is the Cathedral of Panagia Faneromeni.
• The church of Panagia Trypiti, close to the harbor, is famous for its icon, an annual procession and the water spring inside.
• The Andreas Londos Museum in the town center gives an overview of the War of Independence period in Aigio.
• Taxiarchon monastery, located in the mountains overlooking Aigio.
• The plane tree of Pausanias, believed to be centuries old, on the seafront. According to folklore, it served as prison during the War of Independence and as a kitchen in other periods.
•  On Agia Lavra Square there is a monument to the people who were executed there during the Second World War.
•  Last not not least is Helike archeological site, which is still under excavation.

RESTAURANTS PICKS
• Agia Lavra Square for the best souvlaki (Greek fast food) place in Achaia
• Orestis’s, located on Aliki beach close to old railway station, serves a fantastic stifado (beef stew) as well as offering a marvelous view at sunset.
•  Eleni’s, a small place opposite the museum, opens only at lunchtime and has wonderful traditional homemade Greek food.
•  Eprepe, at the beginning of the promenade, not only has tables decorated with elaborate inlay work but also serves delicious food from the kitchen.
• There are also countless small kafeneia, old-fashioned shops serving freshly roasted coffee and homemade rose jelly, ice cream parlors, and numerous small snack bars and restaurants, all of which serve Greek cuisine.

Edit Engelmann is a German writer who lives in Greece.