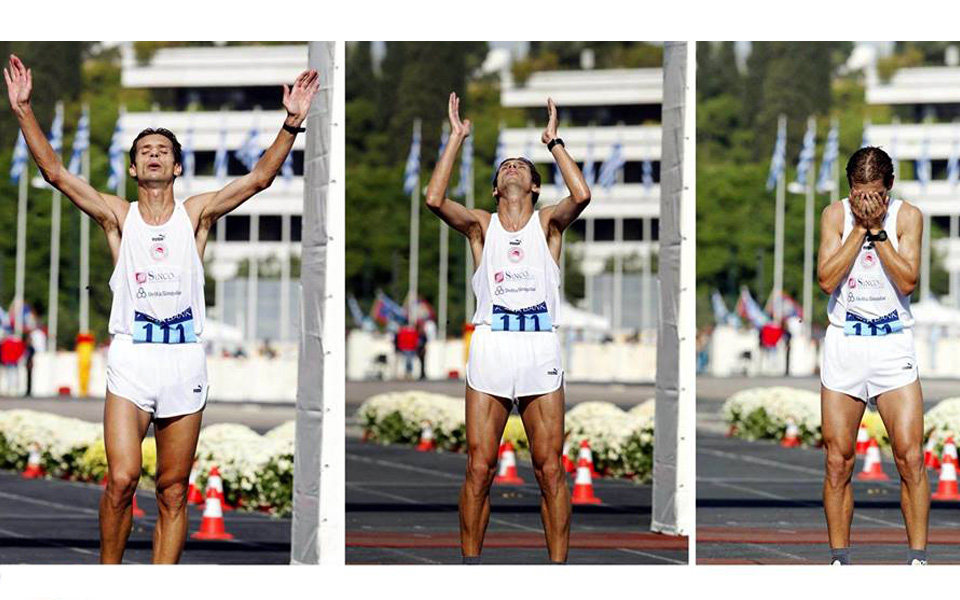 Confessions of a Greek Marathon Legend

From an early age, running was an important part of my life. In the vacant lot in the neighborhood I grew up in and, later, on the track at Karaiskakis Stadium, in my hometown of Piraeus, running became more than a sport for me. It was a way to relax, to express myself as well as to socialize. I still have friends who used to be running buddies back then.

In 1982, at the of age 11, I participated in the opening ceremony of the European Games at the modern Olympic Stadium in Athens. Later, as I was watching the events of the day, I was mesmerized by the impressive victory of Italian Alberto Cova in the 10,000m race.

I tried my legs at sprinting for a while, but soon realized that my true potential lay in endurance running. Despite its difficulty, the Classic Marathon route enchanted me from the first time I ran it, back in 1993. It was my first marathon ever and I ended up a Greek champion, much to everyone’s surprise, including my own.

Having run in several marathons around the world, I would say that some routes are easier, some more beautiful or with more spectators, but none of them has the glamor that this route has. The Marathon – Athens distance connects ancient history with modern culture. The values of solidarity, altruism and physical and spiritual transcendence are disseminated in the course of these 42,195 m. 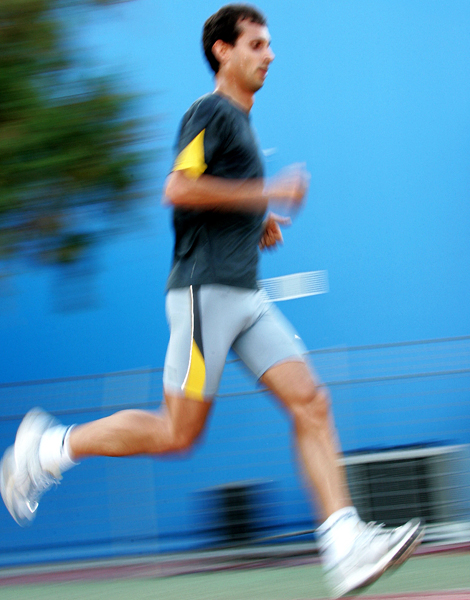 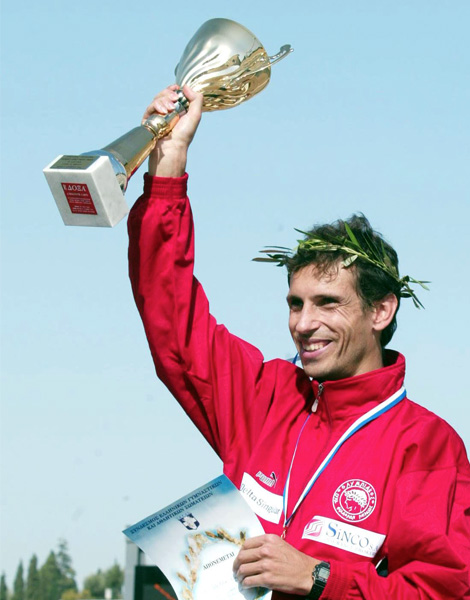 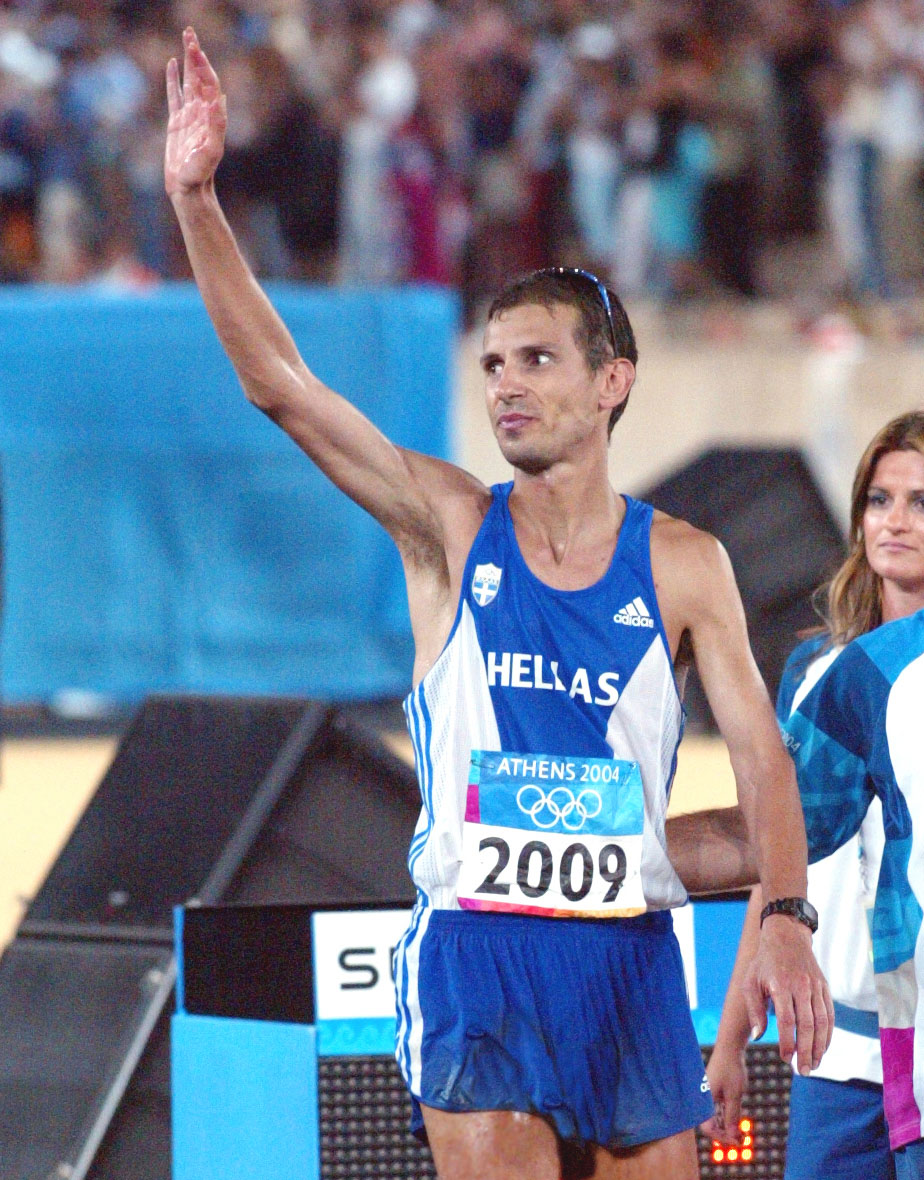 I am in love with that route. It’s agonizing but charming. It tests not only physical strength, but demands strategy and dealing with difficult situations. I had the honor of crossing the finish line ten times more, in both the Athens Marathon, which I won four times, and twice at the World Championships in 1995 and 1997. In 2004, I was the only Greek to participate at the Olympic Marathon race – I broke the Greek record with a time of 2:17:56 and ranked 24th overall.

Running in general, but particularly marathon running, have helped me immeasurably in my life outside of sport. Discipline, self-confidence, hard work, patience and perseverance are some of the features that galvanize the character of anyone involved in endurance events like marathons. It teaches you to overcome the many obstacles in life in the same way as during a race.

I think that the elements that characterize a good marathon runner, in addition to high performance, is steadiness and stability. I always tried to surpass my personal best with demanding training which often took me beyond the length of a marathon and meant that I once ran 302 km in a week.

A few years ago when the number of runners was very low, running in the city was enjoyable, but not as accepted by the public in contrast to most other major cities in the world. 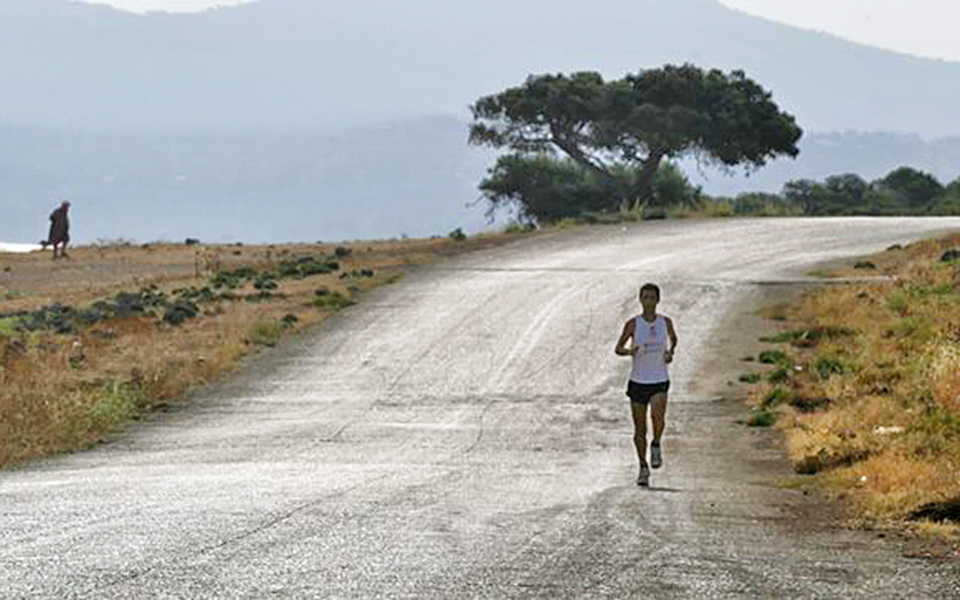 Nowadays, with the massive explosion of running in our country, the image of someone running either in a remote neighborhood, the beach or in the center of the city is well-known and not so strange any more. Athens may be considered an unfriendly city for sports, but it’s full of dozens of hidden routes which are ideal for running.

My favorite place is the National Garden, where I’ve run countless kilometers and, for the last 10 years, held training sessions with groups of amateur runners. It is the ideal place for walking and jogging, as the paths are protected from the sun and wind while allowing you to feel the tranquility and relax. And all just a few minutes from the city center.

I also like to run on the beach, either in Piraeus where I grew up, or near the Peace and Friendship Stadium in Faliro all the way up to the Sports Center of Aghios Kosmas and Kavouri.

Another great place to run is the area around the Acropolis and Philopappou hill and Ardittos hill above the beautiful Panathinaiko Stadium, which used to be the training ground for the national athletics team in endurance events.

There are a bunch of other places like the Nea Smyrni park, the the Syngrou Park which gives you the feeling that you are in the forest, Veikou park and Tritsi park, as well as the area around the Olympic Stadium.

When you run in the city, you see it with different eyes. You observe people and situations that you otherwise would not have the opportunity to see and you get to know the city much better. And Athens is a city lets you get to know some of the most beautiful neighborhoods and some of its major attractions in just a one-hour run.