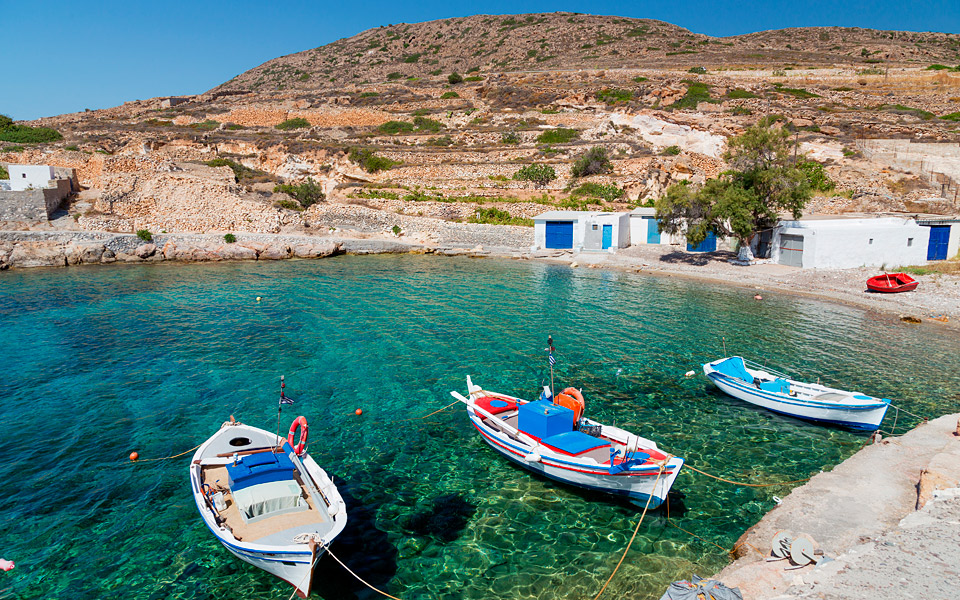 From Kimolos with Love

Local insider Marilena Salamanou on her favorite stops on the island of Kimolos.

Gorgeous Kimolos – the island of my childhood years and dreams. Famed for its ladenia (a pizza-like base laden with fresh tomatoes and onions) and its unique geology which has sculpted the giant mushroom-shaped outcropping of ‘Skiadi’, as well as the sea caves where rare monk seals shelter their pups.

We begin in the Chora – or more precisely, the Chorio (village), Kimolos being the only Cycladic island that does not use the word Chora for its capital. The settlement is built around the central Kastro, or castle, which once housed the entire population of Kimolos crammed into densely packed homes in order to shield themselves from pirates.

Today you can walk through the ruins and semi-collapsed houses, encountering stray cats, wild capers growing amidst the rubble and quite probably Homer, a local character who lives in the castle. After asking you – always in English – where you are from, he will likely begin recounting his life story with tales from around the globe. 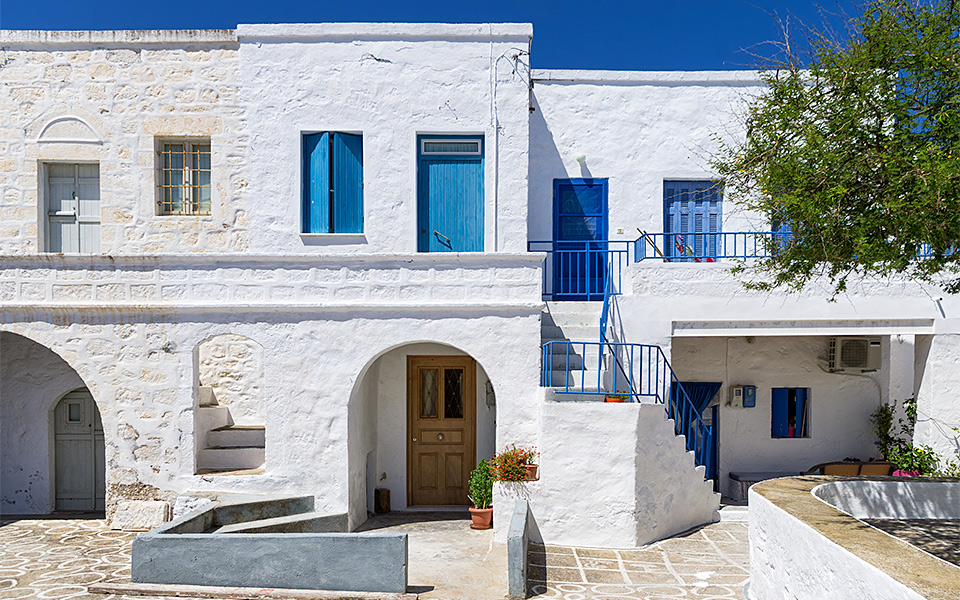 In Chorio you can head up to the windmills that have stood for centuries atop ‘Xaplovouni‘ (lying mountain). In the local dialect it is often referred to as ‘Klapsovouni’ (crying mountain). Legend has it that at one time many of the inhabitants of neighboring Sifnos had been forced to move to Kimolos. Whenever on the peak they would weep at the sight of their island from afar.

In the town’s bakeries you will find the local cheese-pies (tyrenies) as well as the famed ladenies. You may also note that at the playground of the Kampos Square, children will be snacking not on prepackaged chips or croissants but on fresh bread with tomato paste. Try some of this locally produced spread at Eirini’s cafe, who serves Cycladic-style tapas together with ice-cold raki. But no one comes to Kimolos just to hang around in the town – it’s off to the beaches. First stop is the beach at Ellinika where with a mask and snorkel you can see the ruins of an old town now lost beneath the waves. A section of wall and a well can be clearly discerned on the sea bed.

Further on we come to Mavrospilia, a sandy beach with large white rocks jutting from the water’s surface a little further out. Behind them is the uninhabited islet of Aghios Andreas. Mavrospilia is the perfect choice for afternoon beach-goers and sunset lovers as on clear days the sun sinks straight into the sea.

One can also enjoy the sunset on Fykiada, the port of the village once used for loading goods for shipment from the island. An old loading dock still remains, slowly rusting to oblivion.

Following the sunset in Fykiada, one gastronomic recommendation is to visit the taverna of Kyrios Dimitirs in Kalamitsi for fresh fish, salad with local xino cheese and ice-cold beers.

When on the island strike up conversations with the locals – many have fascinating tales to tell of their travels at sea as the island is home to many sea-farers. Also follow the marked trails that will take you to remote beaches such as Monastiria and Soufi. And before you leave make sure to put some local biscuits in your pockets, as well as the promise that you will return again.