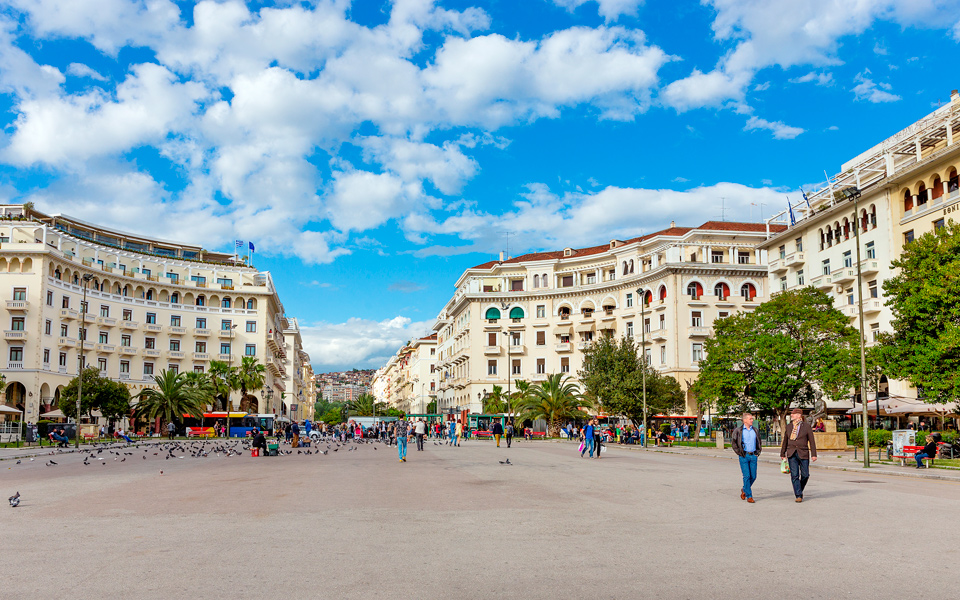 Sounds of the city compiled by Cayetano, composer and music producer

“Growing up in the 1980s in a city pulsating with rhythm and creativity, and in a home where music was a big part of daily life, I couldn’t help but follow that path. In terms of music, Thessaloniki continues to surprise us today, every so often presenting us with new acts that not only propagate a fine musical tradition but take it that critical step further.”

NASA FUNK| For the past two decades or so, they’ve been treating us to some of our most “delinquent” and powerful nightlife experiences, performing funk and disco in a way that proves this band is made to play big venues. Don’t pass up any chance to see them live.

GEORGE AVRAMIDIS | This amazing trumpet player writes his own music with as much artistry and passion as he brings to his stage performances. You’ll usually find him playing with other top musicians in gigs that include selections from his latest album, Voyager. For high-caliber Afro-Jazz with a Thessaloniki twist, this man is a definite must-see.

EIGHTBALL | This is a venue that stands out from the rest for its high-quality sounds and radical guests. Here, you’ll see popular bands as well as acts that you’ve never even heard of. Either way, it’s always worth dropping by, because a gig here will invariably make your night. (1 Pindou, Ladadika)

THERMAIKOS | This is a bar that’s been regarded as a pioneer on the music scene for years, the place to hear first those tracks that everyone will be talking about a few years down the line. (21 Nikis)

BERLIN | Every night, deep into the wee hours, generations of discerning rock and alternative music fans have been earning their stripes here. Every star who’s ever visited the city, from Nick Cave and Iggy Pop to a whole lot more, have stopped by for a drink. (10 Chrysostomou Smyrnis)

LOTOS |  This is a small university of music, hanging on here against the odds for years, with fresh new sounds being introduced to the public on a regular basis by its proprietor Prokopis. (7-9 Skra)