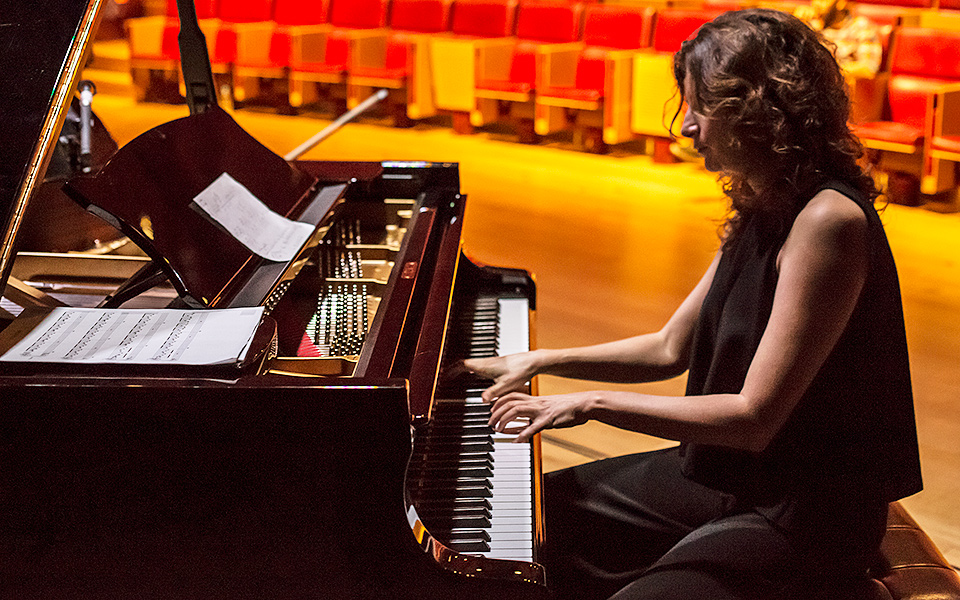 This Greek Pianist’s Music will Blow your Mind

Rising star Tania Giannouli and her ensemble make waves in the international jazz scene with an album that’s so much more than jazz.

A few piano arpeggios and the image of a distant sea begins to form in the mind’s eye. Sluggish waves lap up against the shore, while a nostalgic cello sings a melody like a forgotten childhood memory, which is then picked up by a saxophone. The title of the piece is “The Sea,” which of course immediately gives away the inspiration. Even without titles, however, Tania Giannouli‘s music would still be able to conjure up images, so evocative and cinematic it is.

The Greek pianist and composer knew early on that music would be her life-long companion. She recalls herself as a little girl improvising melodies at a piano and at age 9 asking her piano teacher how to transcribe her improvisations on paper. She went on to study music (piano, theory and advanced composition), along with Food Science at the Agricultural University of Athens, but she never pursued the latter. Growing up she was exposed to a wide range of musical genres, from rock to classical, but during her piano studies she fell in love with the Romantics and the 20th-21st century composers, their lyricism and experimentation evident now in her own music.

Improvisation is core in Giannouli’s music and that’s why it has often been classified as jazz, though jazz it is not; her style blends classical, folk, world sounds – and jazz – resulting in intricate, unexpected compositions that seem to defy genres. She has also composed music for film, in which case images were her inspiration. Otherwise, her creative process is rarely triggered by an image; it may occasionally be triggered by a phrase from a book or a conversation, but most of the times it is largely about putting a psychological state into notes.

Her most recent album Transcendence, on the other hand, has resulted from “impressions and experiences during hard times,” as she mentions in her liner notes. Those hard times may be personal to the artist but they may also refer to the hard times experienced by Greece, in which case what she adds about the album being about her “motherland” makes sense. In any case, the album, which is the recording debut for the Tania Giannouli Ensemble, which she formed in 2014, has managed to transcend the geographical borders of Greece and made it into the “Best of 2015” lists of several music sites, magazines and newspapers abroad. It was also voted #2 best jazz album for 2015 from the reader’s poll of “Jazzonline” portal and #1 jazz album for 2015 from the critics’s poll at the same portal.