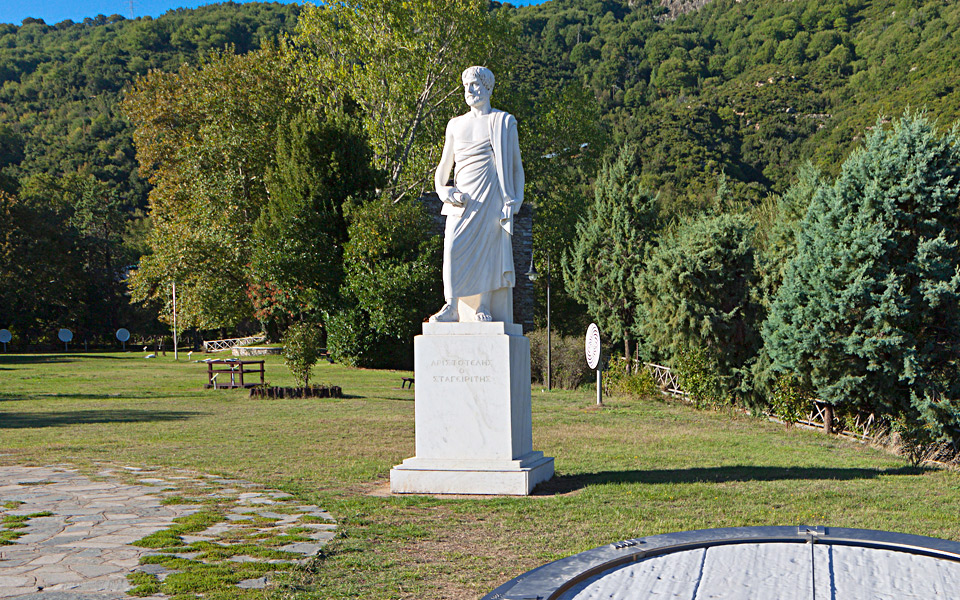 So, It’s True. Aristotle Did Exist…

Last Thursday, the server hosting Kathimerini English Edition’s website (ekathimerini.com) crashed under the weight of visitors from across the world. The reason for the unprecedented interest was an announcement by a Greek archaeologist that a monumental grave excavated in 1996 at Stageira, the birthplace of Aristotle, most likely belonged to the great philosopher. Newspapers, social media and international news agencies transmitted the news, along with the reservations of archaeologist Constantine Sismanidis, who said he had “no proof but strong indications” and was “as certain as one can be.”

In Greece, after frequent disappointments, we look at major archaeological discoveries with a jaundiced eye, so we were surprised by the immediate and great international interest in this story. Photographs from the site show the ruins of a significant horseshoe building with a panoramic view of the sea off the Halkidiki peninsula. This would, of course, be a fitting burial place for a man whose name is known across the world, as a large part of his work has survived to the present day. The global interest, however, probably stems from the wonder that we feel when we can harness an idea, a thought, a spirit, to matter. When, in Jerusalem, we can say, “Christ walked here,” or, in a French cave, “These are paintings from the dawn of humanity…”

We need proof. When we consider something of great importance to us, we may be afraid somewhere inside that it is a figment of our imagination, that our hope and expectation is not part of the real world. That is why we seek the tomb of Alexander the Great and of Cleopatra; that is why we want to believe that the graves we do find belong to Agamemnon or Philip II of Macedon and not to some unknown individual or minor character (someone who, in our opinion, cannot be as important as the ones “we know”). We have a need to put things in order – to correlate spirit with matter, to define our world, to juxtapose then and now, to scratch at the earth in order to forge a link between ourselves and the past. 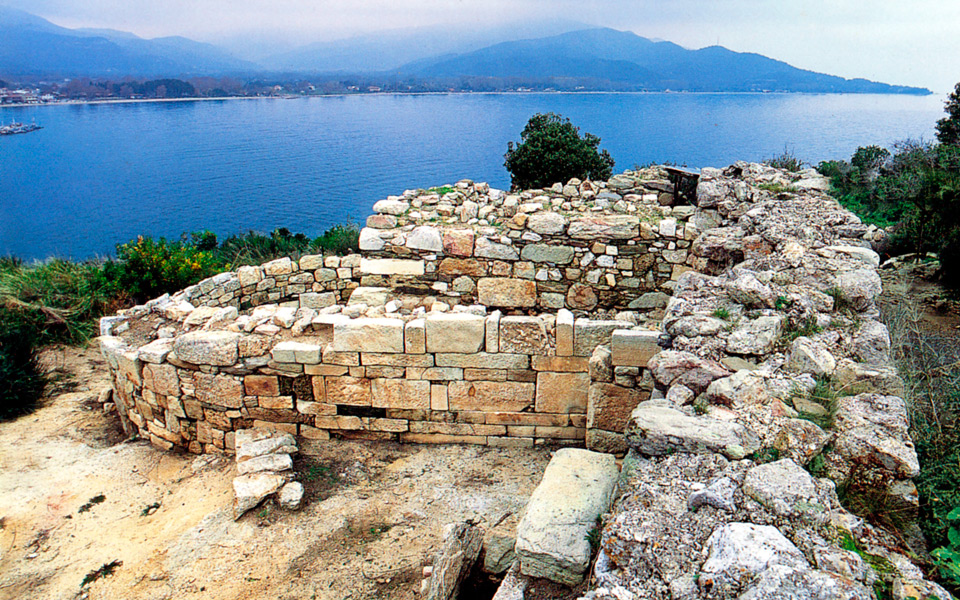 Aristotle is one of the most important representatives of philosophy and of the Greek spirit of inquiry into natural phenomena, into politics, literature and what we call metaphysics

But is matter – the stones of the monumental tomb, in this case – the expression of the spiritual link that we seek? It depends on who we are and our relationship with that which we want to find. Many of us know something about Aristotle, that he was a major philosopher, a student of Plato and tutor of Alexander the Great; so it is interesting that we can place his name in the real world, that we can touch stones related to him. Before, we could visit the minimal ruins of the Lyceum where he taught in Athens; now maybe we can add his final resting place. If we are indifferent to Aristotle and the world that he represents, we do not care about the link between the empty grave and the famous dead man. The ancient Greeks were able to express the distance between architectural structure and spiritual importance with a saying they had for the Egyptians, whom they admired but could not understand: “They have magnificent temples but inside, priests are singing to cats and crocodiles.”

Who are we and whose praises do we sing? This is the fundamental question asked by the stones and ruins of the past. Do we feel the same when we wander through ancient Eleusis, where the roof has fallen onto halls that hid the darkest mysteries, or when we visit an Orthodox church filled with worshippers? In the global village, Aristotle is one of the most important representatives of philosophy and of the Greek spirit of inquiry into natural phenomena, into politics, literature and what we call metaphysics. We care about him precisely because his work is so important, showing interest in what may be his tomb or seeking his lost book on comedy, as the great Umberto Eco wrote in “The Name of the Rose.” This relationship takes us from our everyday concerns for a bit, enriching our fantasy through contact with another world, another age.

Those who are more familiar with Aristotle’s work will, of course, treat the archaeologist’s educated guess with the necessary, Aristotelian skepticism. Because the importance of the man is the grandeur of his work, which was saved through the ages first by Arabs, then by Medieval monks and Renaissance academics. If the purported tomb contained a lost work – or even a single piece of papyrus with something written by Aristotle – it would be more important than any building, more precious than gold. But then, a single phrase by Aristotle – that wonder is the beginning of philosophy – is sufficient to make the whole world in which we dwell his final resting place.