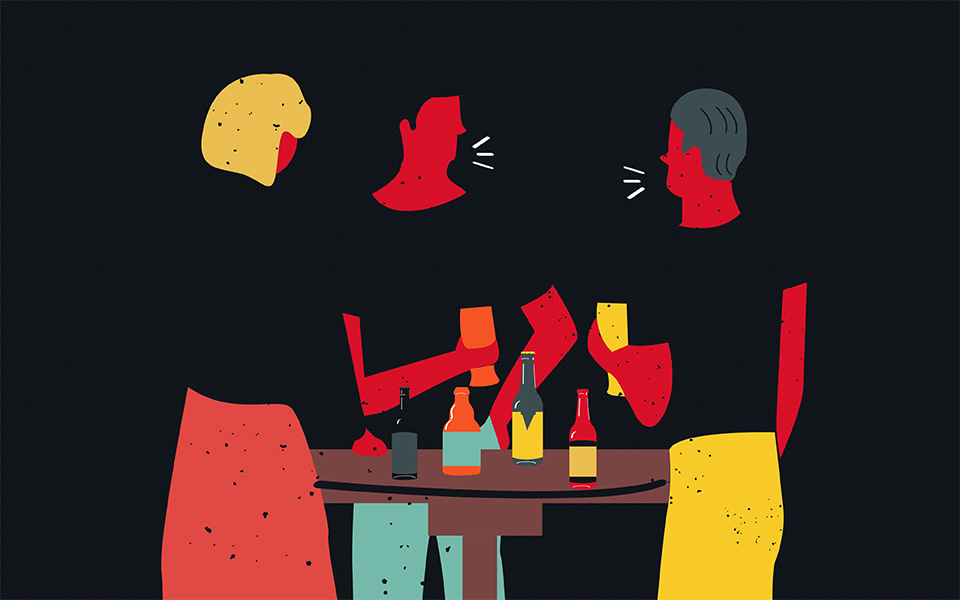 We experiment with the fascinating fruits of local breweries. Do try this at home folks!

Not too long ago, if you wanted a beer in a bar or restaurant you were often presented with one choice and one choice only: Heineken or Amstel? Gradually Greek labels started to make a more regular appearance  – Mythos, Alpha, Fix, and Vergina. All lagers and not much to write home about, but drinkable enough, and local.

That appears to have only been the beginning; Greek beer brewing is having a bit of a heyday with an increasing diversity of Greek beers on offer.  Several beer-themed restaurants now cater to beer aficionados (such as Beer Time, Athens Beer Restaurant, Beer Academy) and over 50 breweries and microbreweries nationwide are producing some truly exciting products, from crisp pilsners to frothy wheat beers to dark ales.

The choice for our first four test beers was more-or-less random; the idea was to try out beers just as anyone else might, out of sheer curiosity and enthusiasm. We wanted to be seduced by factors like interesting names and attractive labels – matching them with the mood of the day.

Adrian Vrettos – A British/Greek national raised in England, whose rugby-playing, public school and internationally well-travelled background has brought him into contact with a vast selection (lets not go into the quantity) of beers. He even wrote his Archaeology thesis about drinking houses.

Dimitri Pandeleakis – A beer enthusiast and chef, who has travelled widely around the world and lived and worked as an executive chef in Athens, Andros and Boston. Today he is in the process of opening a gourmet street food bistro in Athens called The Salty Pig.

Myself – I make it a priority to keep trying different beers wherever I may be and especially love pairing beer with food – a pint of lager with a gravy-drizzled roast in an English pub, Chiang beer with garlic and chili-sizzled greens on a Bankok street, Estrela Jalisco with hot tapas in a Mexican bar, Zeos with a souvlaki in Athens. Beer enhances every adventure! 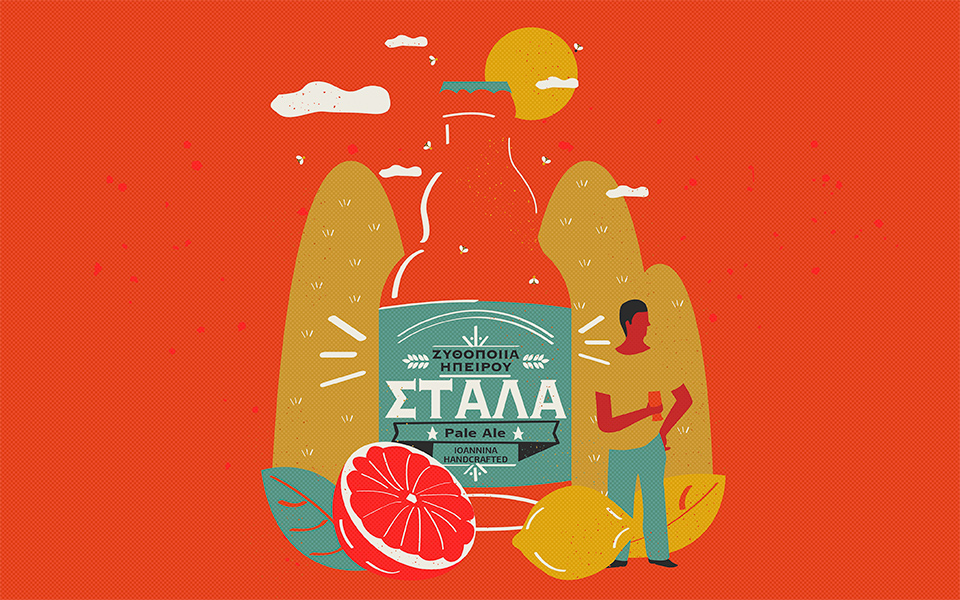 Dimitri: I get a mossy mountain rocks feel, very fresh, like pine-needles, which might reflect where they source their water for the beer. Sour notes – a lot of citrus.

Adrian: I got a lot of caramel, then a heavy orange essence element, as well as some lime, and a distinct hoppiness.

Alexia: I got a very pronounced lemon aroma. It made me smile, and evoked thoughts of summer. Also a floral spring-like feeling, like a delicate floral whiff.

Dimitri: Cloudy, high protein, it leaves a good lace, like a German ale. But the froth doesn’t last too long.

Alexia: It looked orange to me, like Fanta. Cloudy. A fast-falling froth.

Dimitri: A bit piny as we said before. A bit like carbonated spring water with light floral and citrus tones. It reminds me of a mix between Damiana and Echinacea essences. A bit astringent.

Alexia: I was surprised by the flavour because after the fresh, spring-like aroma I got a sweet, resin- toffee note, probably because it’s unfiltered. Then I got lemoniness again. I imagine drinking it cold on a spring-summer early afternoon – actually it would be perfect for a picnic.

Dimitri: Yeah, it would be great with sandwhiches, in summer.

Adrian: For me it would be great with a light roasted duck. In terms of flavour I got honey notes – a clean, light and floral honey, then a slight bitterness that didn’t bother me at all, it was actually very comforting.

Alexia: Very light and fresh on the palate, it didn’t cloy to the mouth. A numbing feel on the sides and back of my throat. 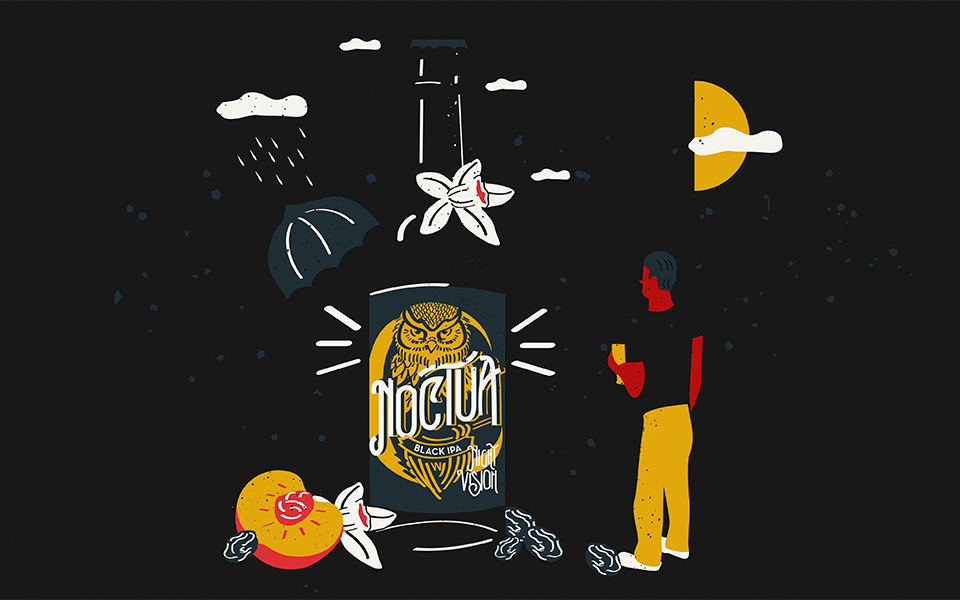 Dimitri: Peaches, vanilla and prunes, juniper notes. +4 bitterness out of 5.

Adrian: Very dark, loosely-bound frothy head like an ale should have.

Dimitri: The froth doesn’t last as much as it should. It’s described as a black ale but it’s more like burnt caramel, and a little cloudy, which means it has a lot of protein in it – that’s done either by choice or by mistake, we don’t know. Full body, very low carbonation.

Alexia: Like strong Greek coffee with a thin layer of froth.

Adrian: Very strong liquorice, quite hoppy and a soapy, floral tone that I didn’t like.

Alexia: Very strong liquorice, extremely bitter, very low carbonation and astringnent. A bitter aftertaste in the back of my throat.

Dimitri: You’ve said it all, basically, nothing to add except that juniper tone.

Adrian: Clean and quite fizzy for an ale. I would drink this beer at night.

Adrian: Is it? Well it lives up to its name, with the somewhat menacing owl on the label too.

Dimitri: It’s fresh but the body is still not full enough, it’s watery.

Alexia: I felt that too – watery and bitter, which didn’t leave me with a nice feel.

Dimitri: I would drink it pre-dinner.

Alexia: I would drink it in the evening and in cold weather. Probably a rainy day. 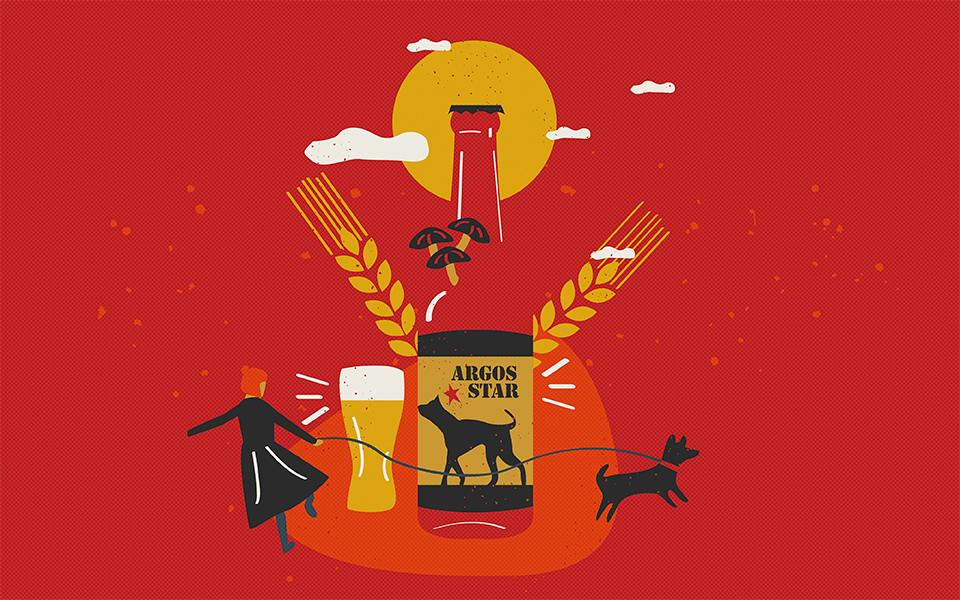 Adrian: A mustiness, also a light mushroom smell and definitely a sulphuric element. I have a lot of time for this beer.

Dimitri: Me too, and for a lot of it.

Alexia: I got the mushroominess too, and lemon; like the smell of mushrooms cooked with lemon!

Dimitri: Low on the hops and not at all bitter.

Alexia: Slightly caramel-y when I tasted it, but otherwise it was the only one that tasted very much as it smelled.

Dimitri: Bright, clear, yellow, a creamy rather than rocky foam. If you can drink it slowly, it has a good lacing. A fair amount of protein (this shows from the rings).

Dimitri: Very creamy texture, a little bit of astringency on the tip of my tongue which makes it feel clear. Excellently balanced carbonation.

Adrian: Carbonation is very well balanced and that keeps it feeling fresh.

Alexia: I agree. I wrote ‘resolute’ carbonation cause it doesn’t fall flat at all. Also it feels metallic and fresh. 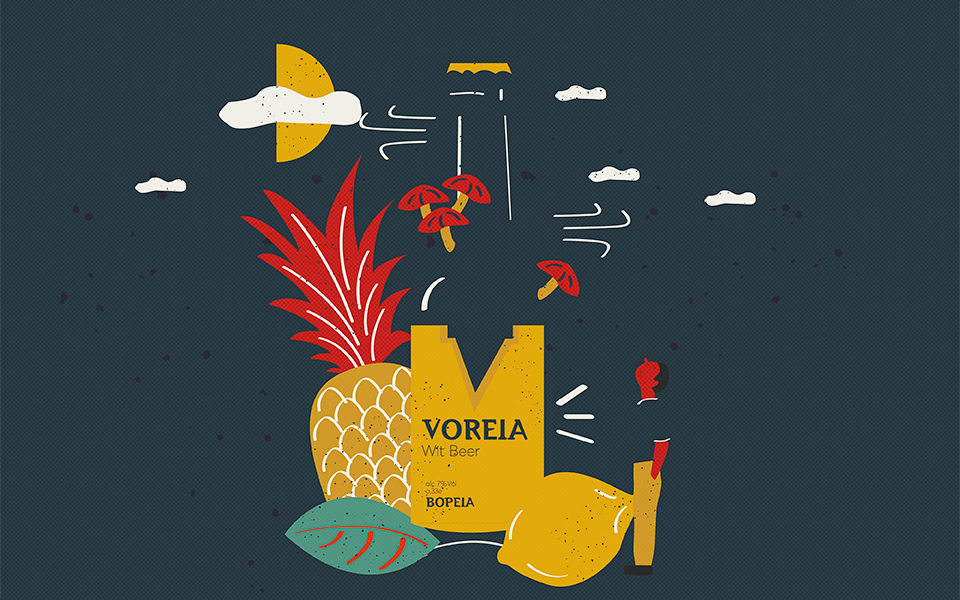 Dimitri: Musty. It has raw wheat in it so that’s probably where the cloudiness and yeasty taste is from. You’re supposed to pour it slowly so the sediment stays at the bottom of the bottle.

Alexia: I also got a pronounced musty aroma, with a cool, dank feel.

Alexia: Yes, a basement with a little window that lets in a cold draught! I find the taste quite metallic and medicinal too.

Adrian: I got that Weiss beer aroma distinctively. Also a citrusy, very yeasty tone, but still in the fermenting process – like it’s still breaking down, so it’s quite fungal and very sour.

Dimitri: Rocky frothy head – that lasts too long. Cloudy. A lot of sediment.

Adrian: It’s unpasteurized and young, which is why it hasn’t fermented.

Alexia: I found it quite unpleasant. It left a weird astringent feel at the back of my throat and mouth. I would only drink this if I was in a very dark mood and had nothing else to drink!

Adrian: It would probably taste good with Chinese food, or even sauerkraut.