Achaia at a Glance

Achaia is most famous for its port and carnival city Patras, but there is more for you to explore.

The capital of this region is Patras.The country’s third largest city is most famously known for its port, dubbed “Greece’s gateway to the West” since Roman times, its annual carnival – with a history spanning 180 years, vividly colored with pagan, French, Turkish and Venetian influences – and its spectacular 2,880-meter-long Rio-Antirrio bridge. There’s much more to see in this culturally vibrant, student-friendly city by the sea, but you should also reserve some time for its stunningly beautiful mountains. Above all, legendary Helmos. In Greek mythology, this was the source of the Styx River in which Thetis dipped her son, Achilles, to make him immortal – alas, forgetting to submerge his heel. It was also here, on the lower slopes of the mountain, outside the Monastery of Aghia Lavra, that the revolutionary flag of the Greek War of Independence was first raised in 1821. Nearby, the town of Kalavryta was witness to the worst atrocity committed by the Nazis during the Axis occupation of Greece in the Second World War. Also part of the area’s rich history, the charming little train that runs on the rack railway through the amazing Vouraikos gorge and makes a stop at one of the oldest Greek Orthodox monasteries, Mega Spilaio. 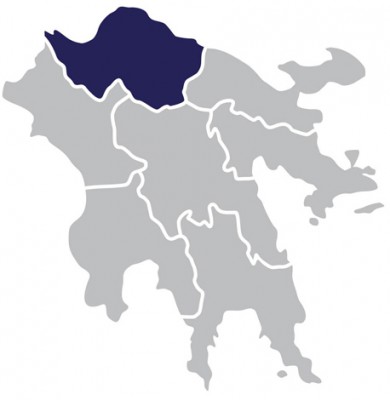 PATRAS’ NEOCLASSICAL ARCHITECTURE
Sip coffee in central Georgiou I square among 19th century architectural gems such as the Apollon Theater, a micrograph of Milan’s La Scala.

ENGINEERING MASTERPIECE
Cross the 2,880-meter-long Rio-Antirio bridge, one of the longest cable-stayed bridges in the world, which elegantly connects the Peloponnese with central Greece.

SCENIC TRAIN RIDE
A 19th century mountain train takes you on a thrilling 22 kilometer journey through the gorge of Vouraikos and up to Kalavryta.

SKIING WITH A SEA VIEW
Just a short drive from Kalavryta, you can enjoy the highest ski run in Greece and well groomed pistes under the sun.

OFF THE BEATEN TRACK
Unspoiled and untouristy, Zarouchla village is your gateway to biking, hiking and driving amid fir forests, slopes and streams.