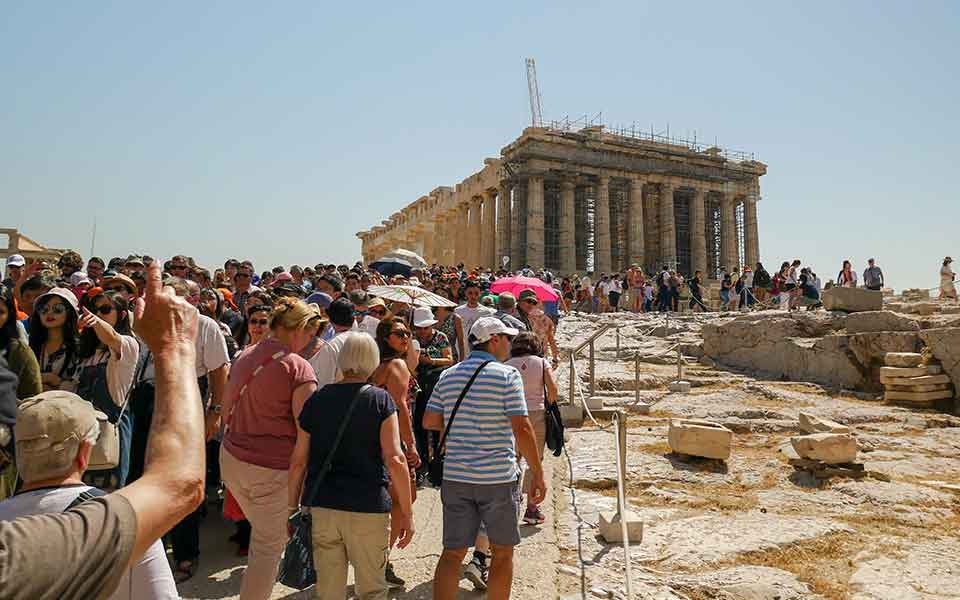 BY John A. Mazis

Leaving Room in Greece for Everyone

Labor Day, this year September 5, marks the “official” end of summer in the USA. Time for schools to start, for people to start thinking about the coming autumn and winter (always cold and snowy in Minnesota) and to look back at summer with nostalgia or regret.

Summer 2022 was a glorious time for me! After three years of waiting and postponing due to Covid, I was finally able to spend three weeks in Greece. This trip though was different from previous ones. Usually, I come to Greece with students, or with my immediate family; this time I was accompanied by my spouse and two other couples. Six friends and colleagues – four Americans, one Australian and one Greek – we had been planning this trip for years and now it became reality.

I am always glad to be in Greece with non-Greeks; I like to see the country of my birth through their eyes, take pride in their amazement and see things from a first-time visitor’s point of view. But I was also a bit nervous; unlike my students, my friends are sophisticated travelers who have visited many places in the Americas, Europe and Australia. I was hoping Greece would not be a disappointment in any way. As it turns out my fears were unfounded, my friends came back with great memories and through the modern miracle of Facebook I see that they are giving glowing reports to their many friends about vacationing in our country.

We spent some time in Athens and the rest on Crete; in the process we visited many ancient monuments, picturesque villages and major metropolitan areas. The ancient monuments were, as one would expect, captivating. It is one thing to see pictures of the Parthenon, and quite another to see it up close and personal lit up at night. It is also one thing to see pictures of Greek beaches and another to walk on the pink sands of Elafonisi. The accommodations were also great; we chose Airbnb as a way to have a feeling of domesticity. We had a nice apartment in the center of Athens – the views of the Parthenon from the living room were breathtaking – and two great villas in Crete. Car rentals and other accommodations were delivered as promised by professional, courteous people.

The ancient cites were great, the accommodations were superb, that landscape of Greece enchanting, my friends will never forget the sunset at Sounio, but Greece’s greatest advantage is still its people. Besides the competent professionals we encountered, we were all impressed by the hospitable and generous nature of the Greeks, which made the whole experience special. While we experienced Greek hospitality everywhere, that which we encountered on Crete stands out. There are many wonderful places in the world we would like to visit, but a return trip to Greece might come sooner rather than later.

I am well aware of the problems with large-scale tourism; I experienced firsthand the tourist saturation of cities like Athens, Rethymno and Hania, and I have been reading articles in Kathimerini by Professor Stathis Kalyvas and others dealing with that issue. Whatever solution that might be found, I hope it will not make Greece the playground of the super-rich seeking pleasure in the sun and exclusive accommodation. I hope there will still be room for middle-class families from all over the world who come to Greece for all the right reasons, educational and otherwise.

John A. Mazis is a history professor at Hamline University in Saint Paul, Minnesota.