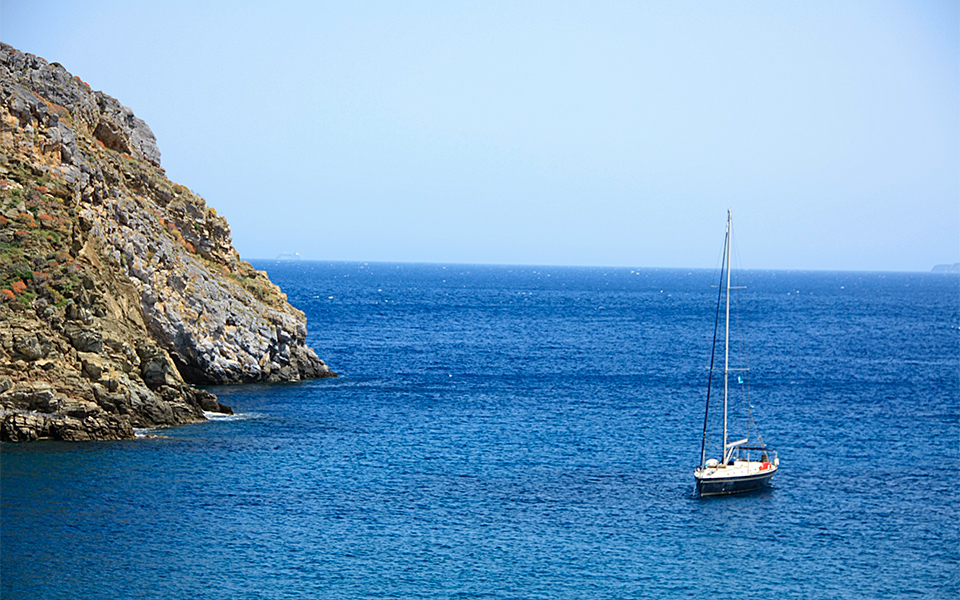 When presented with the opportunity to take a week-long ‘sailing/hiking’ adventure around some of the lesser-known islands of the Cyclades, I spent around seven nanoseconds deliberating before jumping at the chance. The ports of call will be Kea, Kythnos, Serifos, and Syros, and together with sailing and hiking, the journey will involve some serious doses of SUP (stand-up paddleboarding), swimming and snorkeling.

Now bear in mind, I am a beginner at sailing. My only past seafaring experiences (apart from annual pilgrimages to Greek islands on ferry boats) consist of floating around rather haplessly on a windsurfer as a teenager, and a three-month stint on a dry cargo Panamax vessel, chugging across the Pacific Ocean from Japan to Baton Rouge in the US.

And while I have received thorough information about the trip from the tour operator Personality Journeys, to be frank I’ve only skimmed it for the bare essentials – date, time and pick up point etc. As such, I don’t really know what to expect, which is rather the way I like it. 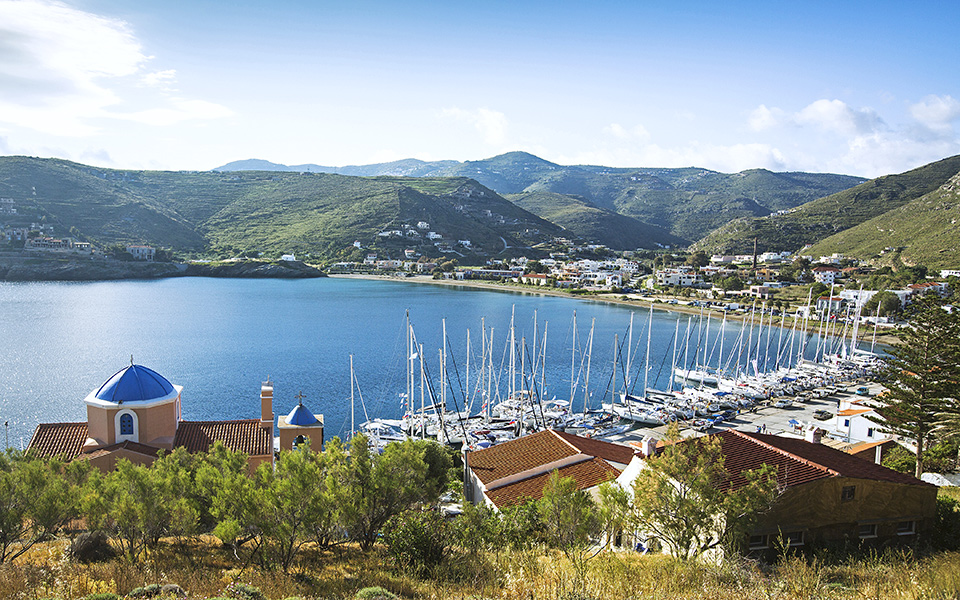 The marina of Kea / Credit: Shutterstock

Giorgos the skipper met me and my fellow sailors at Lavrio port on the eastern coast of Attica (about 1 hour’s drive from the center of Athens). He led us to a smart blue, 56-foot, Greek-built Ocean Star sailboat named ‘The Big Blue’, which will be our home for the next week.

Once onboard there was a quick meet and greet with my shipmates – a couple of academics from Finland and a manager from Athens, all first-time sailors like me, and an engineer from Australia, who’s an experienced sailor. Giorgos introduced us to Stavros, a crew member and expert guide and Dimitris from Personality Journeys. 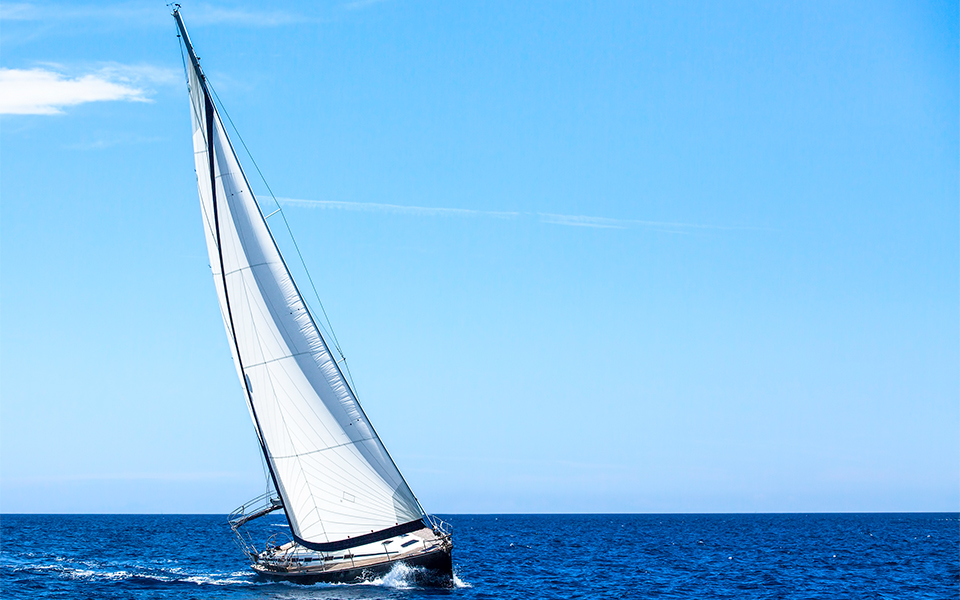 Hoist the mainsail (or something)

The forecast for our first crossing to Kea (Tzia in Greek) was a 4-5 Beaufort strength north-easterly ‘Gregos’ wind, quite typical for these parts I was told. North of Lavrio and sheltering it somewhat is the uninhabited island of Makronissos (a place of exile in Greece’s not too distant past).

As we cruised smoothly past it at 5-6 knots my shipmates and I sat at the bow, roughing it on cozy beanbags, enjoying the fresh wind as we cut through the waves. Once past Makronissos the winds picked up and largish waves began rolling westwards – gulp. At this point we picked up speed, reaching 8.5 knots and left the coastline of Attica well behind us. Those of us up front scuttled carefully back to the relative dryness and comfort as the boat dipped to an 18-degree angle which, apparently, is an optimum sailing angle.

The wind direction meant that we couldn’t sail directly to our first destination of Korissa port on Kea, so we’d have to do some tacking – sailor’s speak for zig-zagging upwind, which we did for a while, but eventually the skipper decided that, as it was getting dark and the sea was turning a more foreboding elephant grey, we should save time by heading close to the coast of Kea and doing the final stretch by engine. Rounding a small headland we finally reached the enclosed bay of Aghios Nikolas, marked by a large white 1830’s lighthouse of the same name.

We docked at the picturesque port of Korissa, one of two in the bay, a village protected by the blue turreted church of Agia Triada. Leaping off we headed hungrily to the traditional taverna Lagoudera where most of us had the appetizing rooster in a rich red wine sauce recommended by the owner and rightly so.

I have to admit that even after four hours ashore I feel like I’m still swaying, like being a little tipsy (and no, I didn’t have that much wine with my rooster). I’m now off to bed (all those blasts of fresh sea air have knocked the wind out of me somewhat) hopeful that the lull of the sea will send me off into sleep as rewarding as my day. 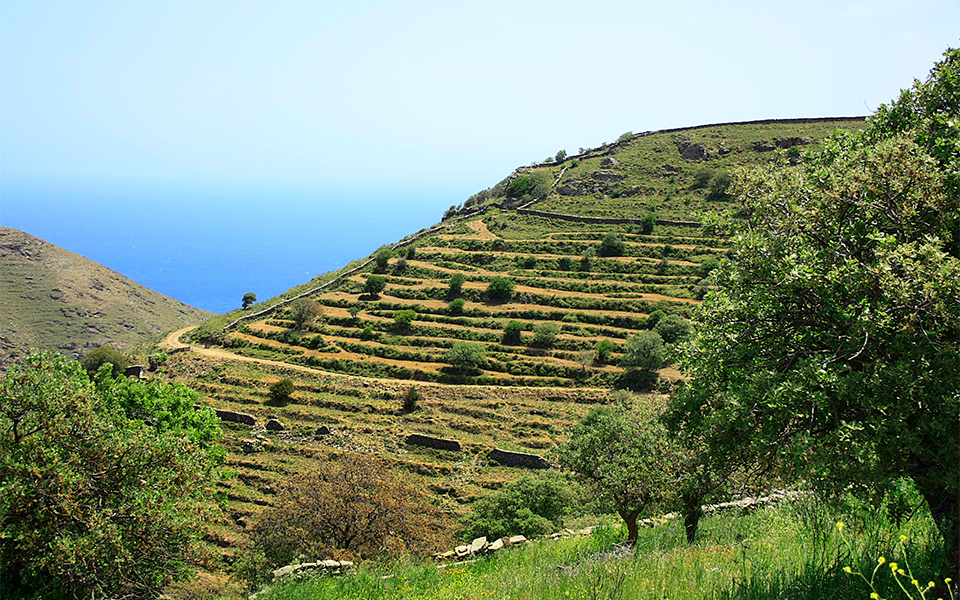 Don’t panic, I mean it’s the first of May, and hopefully the only time I use that term. Traditionally a day for picking flowers, we’re off on our first hike starting from the Chora of Kea, Ioulida, so I will no doubt be seeing plenty of them (but respectfully leaving them in situ).

Happily I have found my land legs again after a refreshing night’s sleep. As it turns out, my cabin was deceptively not as minute as it had first seemed and the single bed more than compensated my six-foot frame (I’m also relieved to note that every cabin has its own, albeit dinky, en suite bathroom). Despite, or maybe because of ,the boat gently creaking and a light chiming sound reminding me of Chinese meditation balls – sounds I assume came from the engine next to my berth – I slept really well.

It’s a good job too, as we promptly set off for a five-and-a-half-hour hike taking us from north to south over the mountain and down to the enchanting coastal archaeological site, the ancient city state of Karthea. On the way Stavros, our guide and a mine of information, educated us about the history and flora of the island. As we passed through the oak forested hinterland, we were told how the acorn shells were once used on the island to tan and dye leather, imbuing it with a rich, natural brown colour. As such, the oaks were once an important part of the local economy.

When I said that I wouldn’t be picking any of the flowers, well I fibbed a little. As we trekked to the top of Profitis Ilias (567m) along ancient paths lined with poppies, lavender and flowering chamomile amongst many other May bloomers, I couldn’t resist plucking the juicy tips of the wild asparagus (delicious) growing under the oaks, as well as a few sprigs of thyme and its close cousin throubi. 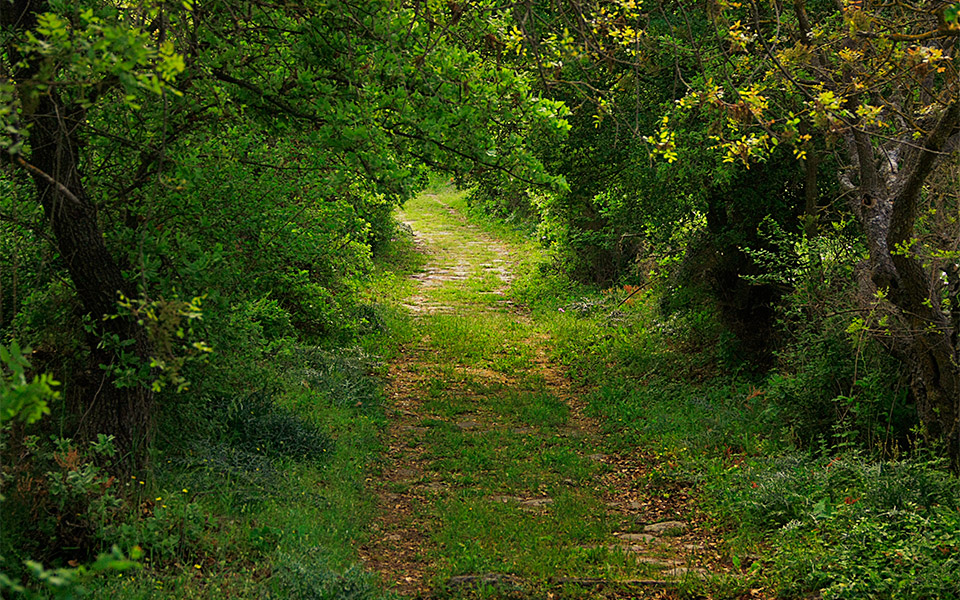 On the way we passed a weathered old farmer tending his vegetables on one of the many terraced fields that scale the hillsides. He greeted us with a bearded smile, an old knife he was using to dig up his produce, clenched in his right hand. After inquiring where we were from, and then ignoring our answers, he asked us if we could tell Tsipras, the current Greek PM, to stop lying to people. He then asked that we fish out some sea urchins when we reach Karthea and bring them back up to him (a rather unlikely 2 ½ hour hike). I attempted to take a snapshot of our new acquaintance but he asked that I didn’t, as the villagers would gossip about his good looks! 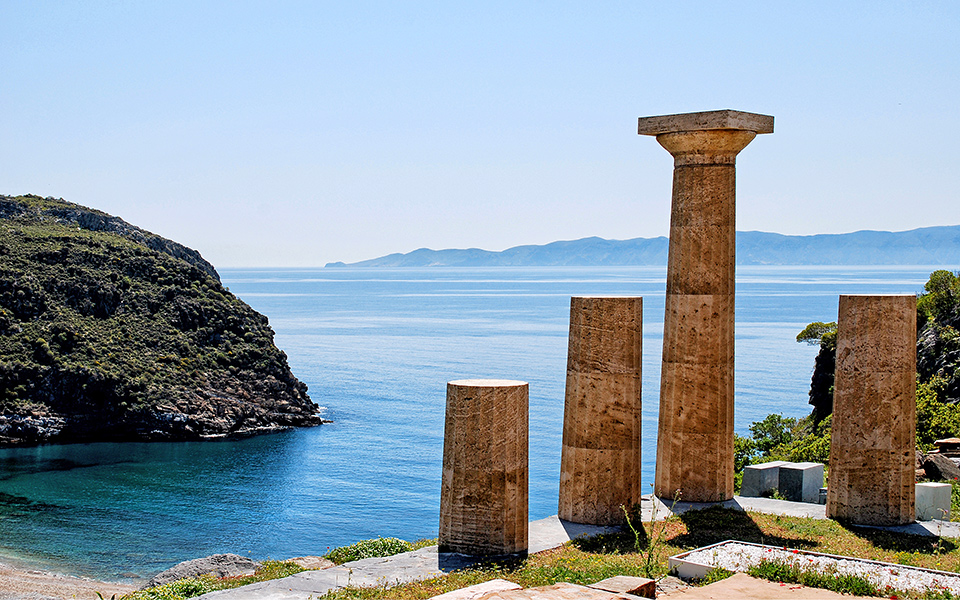 As we approached the coast, the ruins of this magical site, on the hill between two sandy beaches, became discernible. The partly restored Doric temple of Athena stands out in front of the blue of the Aegean Sea, creating that quintessentially Greek experience: sun, sea and ancient mystery. Our sail boat was waiting to pick us up here and after a swim the dingy buzzed us to ‘The Big Blue’.

Up went the sails and we were whisked across to the neighboring island of Kythnos. Charging up and down the large waves, we reached the heady speeds of 9 to 9.5 knots thanks to the favourable ‘Gregos’ winds and made the 17 nautical mile crossing in a mere two hours, berthing at the little fishing village of Loutra. 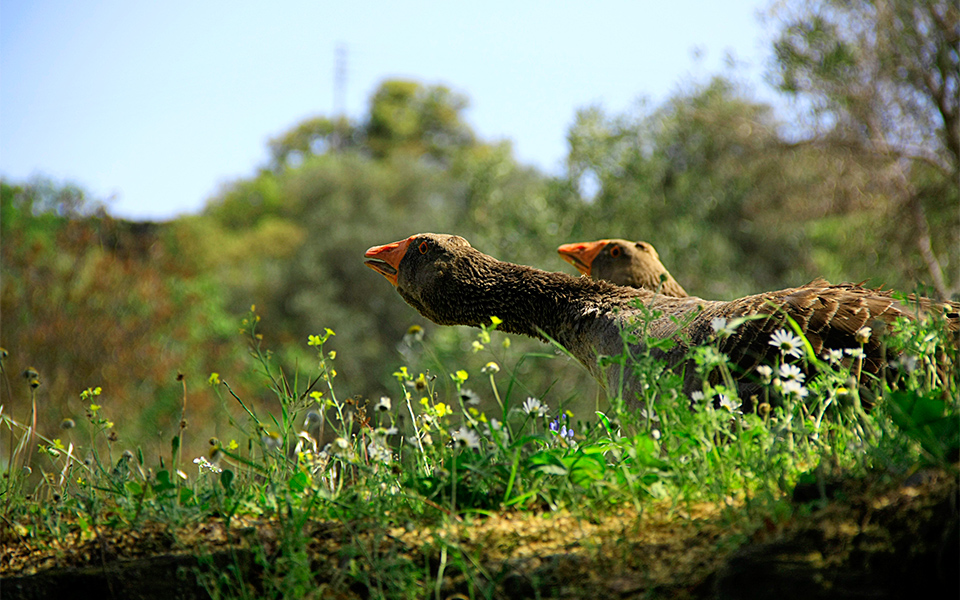 Poisonous hemlock grows in abundance on Kea, and this yellow-flowered plant was used by the ancient inhabitants to euthanize people over the age of 70 whose physical and mental faculties had abandoned them. This law, thought up by Aristides, one of the seven sages of Ancient Greece, was lauded by Aristotle in his writings Keion Politeia. Who says we’ve got it bad now?

The spinnaker is the large billowy sail at the bow (front) of the boat that is used when the wind is behind you. Not to be confused with the genoa sail also at the bow that is used for all other type of winds.

When steering a sailboat there is a seven-second time lag between what you do and the reaction of the boat, and that’s not taking into account the wind and the waves. And this, Fanni, one of my ship mates, found out first hand when she took the helm. She also found out, along with the rest of us, that it takes some getting used too!

Some students in Finnish universities celebrate Mayday by dipping in icy rivers or lakes. Rather them than me! I’ll stick to the Med.