Arcadia at a Glance

Embraced by the mountain ranges of Mainalo, Parnon, Skiathio and Saita, Arcadia is an idyllic haven for nature lovers, history buffs, foodies and adventurers alike. After the collapse of Roman power in the west, Arcadia became part of the Greek-speaking Byzantine Empire, a period when the magnificence of its natural landscape inspired artists to depict it as the perfect vision of unspoiled wilderness and pastoral simplicity. Its widely – and wildly – varied landscapes of pine, chestnut and cherry forests, sparkling beaches, rivers, the stunning Lousios Gorge, ancient monasteries holding on for dear life to massive rock-faces and intriguing Frankish and Byzantine ruins, are steeped in mythology and history. In modern times, Arcadia is lauded for its heroic fight in the Greek War of Independence.

Today, its inhabitants continue to live in tranquil villages featuring traditional, stone architecture, such as Dimitsana, Kosmas, Vytina and Stemnitsa, where visitors can find accommodations ranging from cozy, old-fashioned elegance to modern boutique style. An appealing location year round, with a hot climate in summer and cool, snowy weather ideal for skiing in winter. 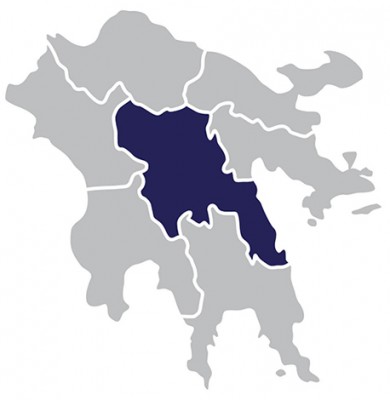 CAPITAL T
In bustling Tripoli, visit the war and archaeological museums, the statue of Kolokotronis and the Church of St Basil.

MOUNT PARNON
After a good hike in lush landscapes, drink in mountain views by Aghios Petros’ imposing church, and visit the 18th Century Tower of Aga.

EGGPLANT CAPITAL
Among Greece’s oldest maritime towns, Tsakonia’s capital of Leonidio has its own Doric-derived dialect and unique folk traditions, as well as a celebrated eggplant variety.

ΑLTITUDE 1150M
Kosmas village is lauded as the Peloponnese’s gem; listen to running streams, breathe in fir-fresh air, walk through its cobblestone streets and visit its folklore museum.

GORGE-OUS WAYS
Traversing the spectacular Lousios Gorge, visit scenic villages such as Karytaina, Stemnitsa and Dimitsana, as well as awe-inspiring landmarks like the Philosophos and Timios Prodromos Monasteries.

AIMING HIGH
Visit the mountain village of Langadia to learn about its famous stonemasons, Vytina for its therapeutic climate and Levidi for its quaint architecture.