Ilia at a Glance

A cosmopolitan destination, with Ancient Olympia as its historical epicenter, Ilia is also a nature lover's getaway.

Blessed with a magnificent sandy coastline lapped by the inviting Ionian Sea and witness to some of the most beautiful sunsets in Greece, Ilia has the privilege of preserving the traces of its glorious past. Olympia is the undisputed star, yet lesser known sites should not be overlooked, including Ancient Elis, Scillus, Filageia and the impressive temple of Apollo Epicurius. Byzantine and Frankish churches, castles ruins of cities such as Glarentza and the 19th century neoclassical edifices of the capital, Pyrgos, all attest to the region’s storied past.

Long a cosmopolitan destination thanks to its natural springs and two ports (Kyllini, the gateway to the Ionian islands and beyond, and Katakolo, a cruise ship hub), Ilia is both a stopover and a destination in its own right. There is more than enough to enchant nature lovers: Rolling hills, vast olive groves, valleys, forests, ravines, streams and dozens of waterfalls fed by four legendary rivers (Pineios, Alfeios, Erymanthos and Neda), the Pineios reservoir in the north, Kaiafa Lake in the south, the rare oak forest of Foloi in the west and the amazing Kotychi-Strofilia Wetlands on the border with Achaia. Not to mention the hiking and cycling trails that criss-cross the region. 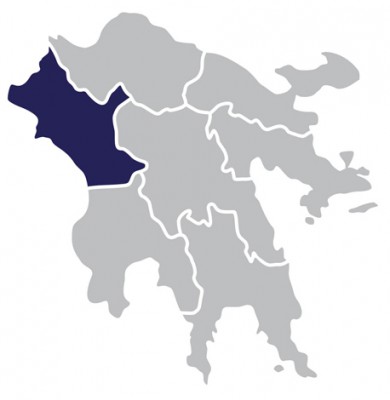 BACK TO 776 BC
Ancient Olympia is known throughout the world for the ancient games and its museum.

KATAKOLO PORT
A cruise-ship destination with a lovely sandy beach and a fascinating museum dedicated to ancient Greek technology.

MEDIEVAL WONDERS
Built in the 12th and 13th cent. Chlemoutsi Castle and the Monastery of Panaghia Vlacherna take us back to Kyllini’s golden age.

HOMAGE TO APOLLO
The temple of Apollo Epicurius resembles Athens’ Parthenon as it was designed by the same architect (Iktinos) and many of its sculptures too are at the British Museum.

TRADITIONAL ARCHITECTURE
Built on the slopes of a green hill, Andritsaina is a lovely traditional village, with stone houses and cobbled streets.

REJUVENATING SPRINGS
Soak away the aches and pains in the healing springs of Kaiafa at the lake of the same name.

BIRD-WATCHING
Places of rare natural beauty, the oak forest of Foloi and Kotychi Lagoon host a stunning array of flora and fauna.

SOURCE OF LIFE
Near Ancient Elis, the city that organized the Olympic Games, the Pineios reservoir colors the landscape with azure tones and irrigates the lush Ilia plain.