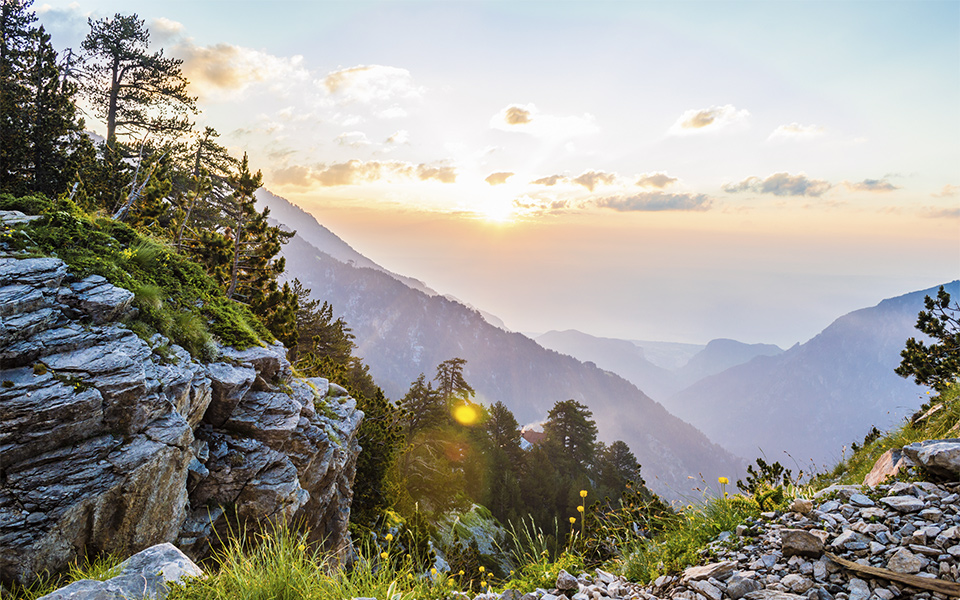 I’ve said it once and I’ll say it a hundred times: The best thing about Greece is that it’s multifarious. That goes for everything; the things to do are manifold, the nature is varied, the cuisine is diverse, and the weather is completely random. It keeps things interesting.

A few days ago, on September 21, it snowed on Olympus and in Kaimaktsalan. The day after on Aegina, I went to the beach.

Photographer Giorgos Soumelidis from Naoussa, Macedonia, was in Kaimaktsalan and filmed the snowfall. “Some people are on the beach right now, and we’re seeing snow,” he says. “Apparently my last swim was the one I had a few days ago.”

People often complain that there are not four seasons anymore; that the climate change has left us with hot summers and freezing winters and little in-between. Personally, I like the in-between to be this unpredictable. I want the sudden rains that make me remember an otherwise monotonous day, the dramatic sunsets, the luxurious sunny days mixed in with the cold ones, and I like that it can change so rapidly.

The alternative; months of dreary grey that changes to white, which slowly, way too slowly, melts and makes way for life to begin again, is simply boring.

In Greece you can experience it all. Sometimes in a day, and often within a week. If you head to one of the following places in fall or spring, I can almost guarantee it will feel like two vacations in one.

Places to experience it all: 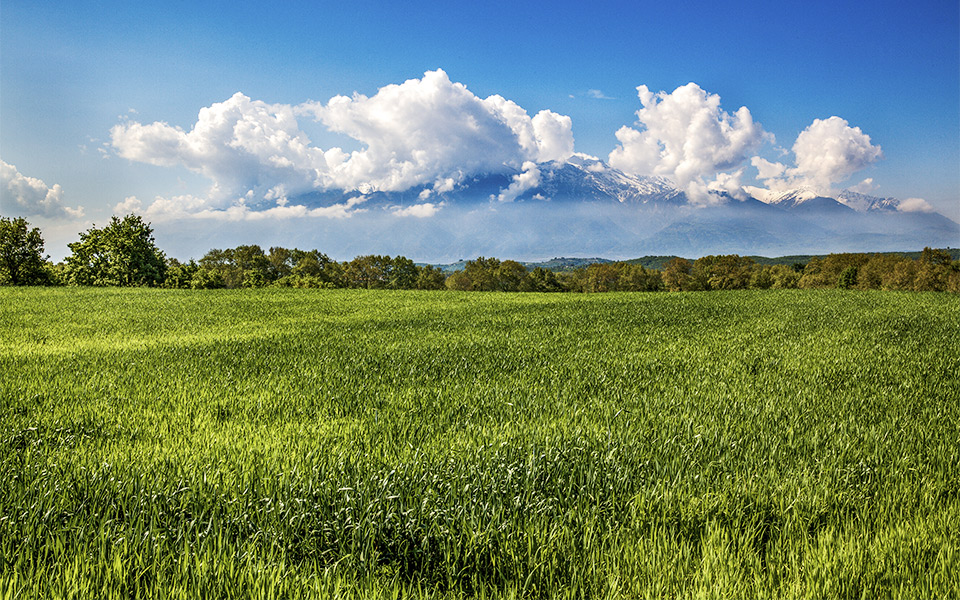 Trekking in the summer heat is self-torture. Now is the time to experience the mountains in all their glory. While a few kids may have been lucky enough to enjoy a snowball fight this morning, the weather is still warm enough that it melts away during the day, and the beaches below will await them after school.

Litochoro is a village that’s in-between all year round. While other villages higher up on the slopes of the mountain are winter destinations by all definitions, Litochoro has two nice beaches; Plaka and Gritsa. In fall and spring, you can spend one day on a sun bed, and quench your thirst in the village afterwards with the ice cold spring water from one of the ever-pouring fountains.

Then, after a day of collecting strength, you can hike up the famous E4 path from Litochoro to Prionia, through the hauntingly beautiful Olympus National Park. 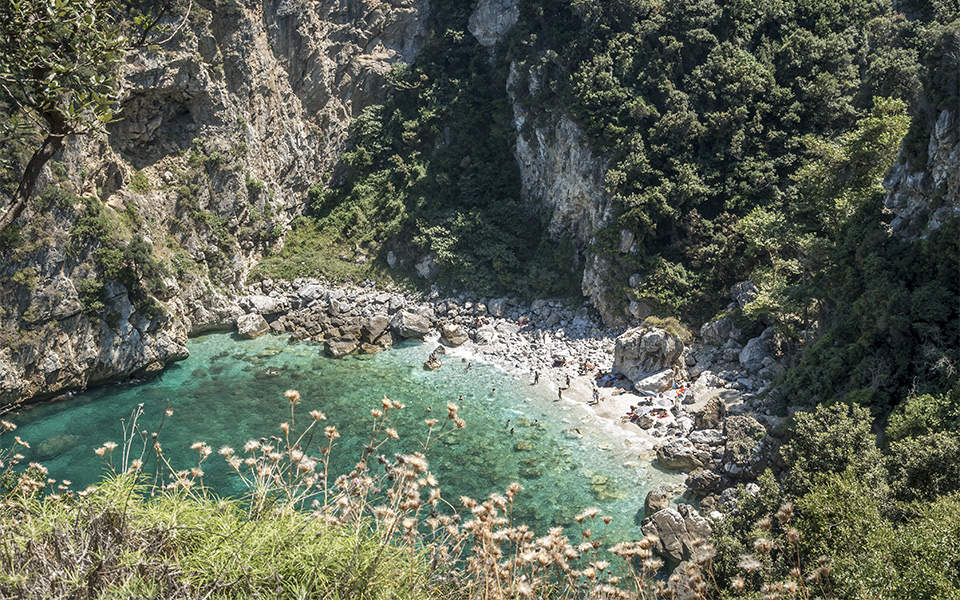 Pelion is great for summer or winter, but I like it best in the in-between. The mountainous peninsula is lined with breathtaking beaches walled by steep rocks. The peaks are high enough that a small ski resort operates in the winter (1471 meters above the sea).

Most of the best beaches here require a bit of effort to reach. “Fakistra” beach; a sandy strip between two rocky, green capes that form a tiny bay, looks like it’s been photoshopped to perfection. To get there, you’ll need to hike down the slopes. It only takes twenty minutes, but it’s tricky towards the end (my party suffered a fall and we tragically lost the contents of one cooler).

Children and elderly might want to stick to more accessible beaches, like “Damouhari”. The white pebbled beach with swimming pool-like water, rocks that climbers love, and a fun little cave, is like something out of a movie – and it kind of is. Part of the film Mamma Mia was filmed here. The water is shallow for a Pelion beach, meaning that right now, after months of sun, the sea is warm. 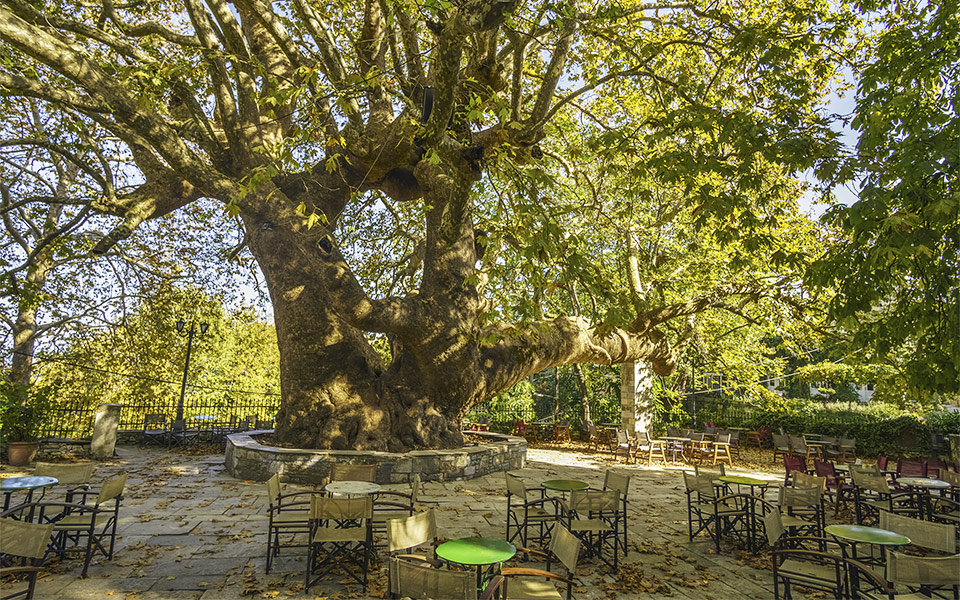 In the afternoon and evening, the best thing to do in Pelion is sit in the square of one of the many stone-built villages.

They are rustic, yet picturesque, cobblestoned or paved for the most part (in Makrynitsa, one of the most famous villages with a view of Volos, vertical and sometimes sharp natural slate stone make up some of the steep roads). Gigantic plane trees shade the squares, shops sell homemade jams and spoon sweets, and the tavernas serve surprisingly contemporary versions of traditional Greek food. Remember to bring a jacket. 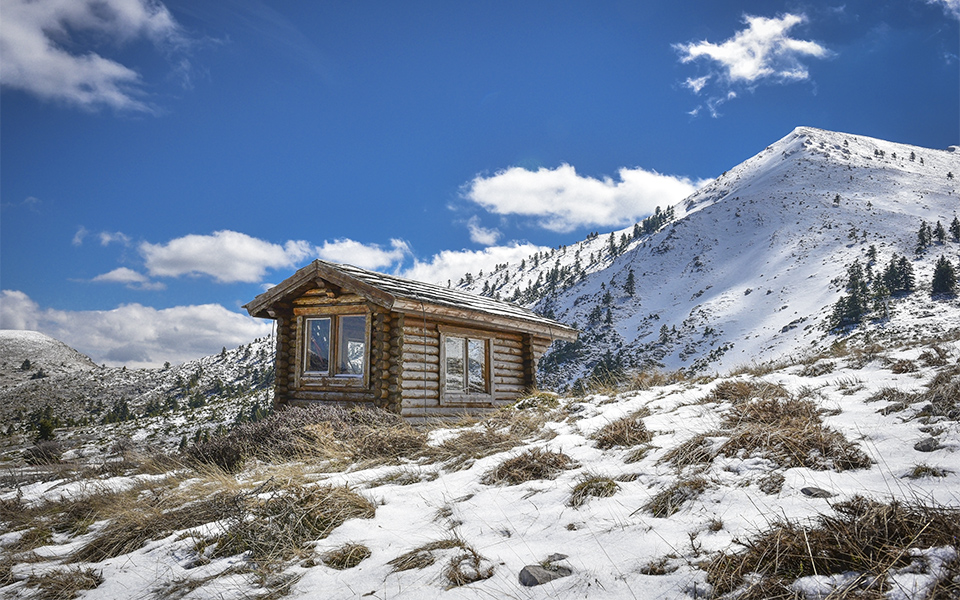 Sometimes, winter takes on the same face as fall and spring. There are days when the sun shines and it’s 25 degrees, and there are places where you can experience winter and summer activities in the same day.

Known for it’s ski resort, Kalavryta hosts a lot of visitors from around Greece in the winter.

While the snow season is usually short (January-February), this is one of few places where you can actually go skiing in the morning and swimming in the afternoon. You’ll have to be warmblooded or used to cold dips to enjoy the swim, but it’s worth it to mend your aches after a day in the slopes.

Kalavryta is only a two-and-a-half hour drive from Athens, making it a perfect weekend destination. Spend your Saturday skiing and strolling around town, see the Monastery of Mega Spileon or take the rack railway train through the waterfall-adorned mountains if you have the time.

Eat traditional mezes and grilled meats at Varvitsiotis (link in Greek), get up early to enjoy the slopes, and stop at the beach below the forest between Ksylokastro and Sykia for a swim in the Corinthian bay on your way back.