From Athens to the World’s Best Restaurant

Had Stavros Dimos chosen a different path in life, say science and being confined to the laboratory, he may have made some important discovery. After all, he has all the right ingredients for greatness: He’s methodical, goal-oriented, dependable, hardworking and talented, not to mention a bit of a nerd.

But Dimos is not a scientist. He’s a chef, and a great one too. Yet he has no airs of pretension even though he’s just 26 years old and has already worked in some of the world’s most important kitchens, close to some of the greatest culinary names. Last year saw him at Eleven Madison Park in New York – which was ranked No 1 in the World’s 50 Best Restaurants for 2017 – working beside three Michelin-star maestro Daniel Humm.

I met Dimos in the Athens neighborhood where he grew up, Akadimia Platonos, one of the capital’s most run-down areas, just a few days after he returned from the United States. My first question was inevitably whether the madness we see on TV and read about actually happens in the heat of a top kitchen.

“I would describe the two years I spent in Michel Roux’s restaurant in London as my Harvard. It was my first job after culinary school in Greece. I did a trial presentation, and when I heard that they’d accepted me, I was over the moon! Those were two very difficult, tough years; intense and unbelievably tiring, with a lot of tears. I worked from 8 a.m. until midnight. But I also learned some incredibly valuable lessons about cooking and life – most importantly, not to give up when things are tough,” he says.

His next post was alongside celebrity chef Gordon Ramsay. “When you hear that a restaurant has three Michelin stars, you know that the standards are extremely high. I worked more than 90 hours a week. I will never forget what my alarm clock back then looked like. I am stuck with the image 4.45 a.m. I would get back home at 2 a.m.,” he says. 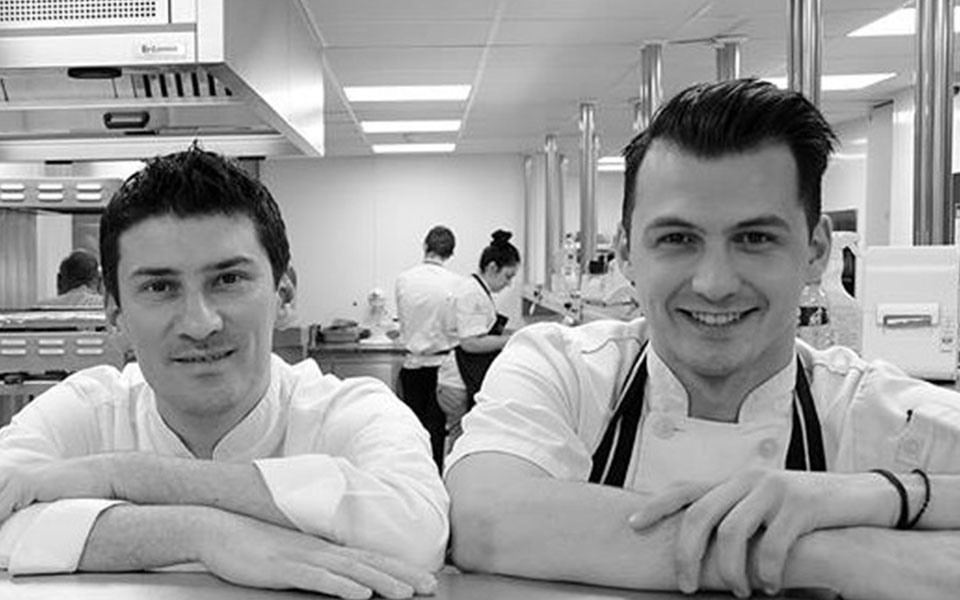 What has he adopted from the philosophies and methods of the great chefs he has worked under?

“I am growing increasingly fond of simplicity,” says the 26-year-old. “From all the creams, butters, heavy sauces and heavy meats of Michel Roux’s French cuisine, I have moved on to the style of Arnaud Bignon at The Greenhouse. Bignon was pivotal to me. He doesn’t use a lot of ingredients, no creams or butter, but he is a magician when it comes to bringing out flavors and has amazing technique. With Daniel Humm at Eleven Madison Park, I got even closer to the true essence of cooking.”

What’s it like to work in the world’s No 1 restaurant? “It’s hard to describe. When I first entered the kitchen, I was in awe. I saw 40 cooks, among the best I have ever encountered, working almost in silence. Humm is so organized that everything runs like clockwork. And, of course, the goal is always perfection. Every day at 5 p.m., before the restaurant opens, there’s a taste test in the kitchen. If the dish you are responsible for is not precisely as it should be, it goes in the trash. It doesn’t matter if it’s good or even very good. It only matters that it should be exactly right. When you fail you start again from the beginning. There was one word we all feared in the kitchen: redo.”

So what does it take to be able to stand the heat?

“Passion for what you’re doing,” he says, too modest to add “talent.”