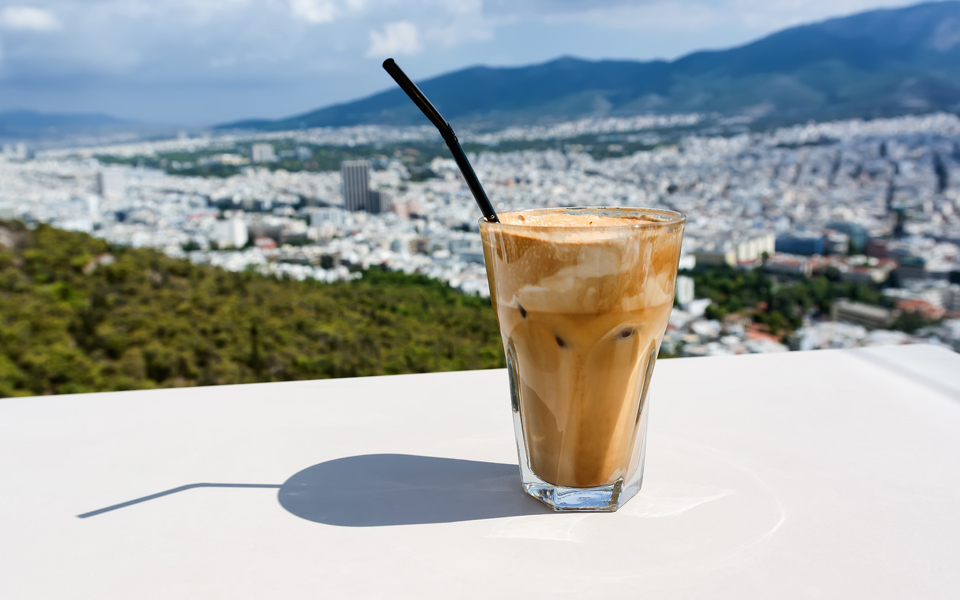 Coronavirus Diary: Life in Athens in Times of (Another) Crisis, Day 31

Editor’s note: The following has been taken from the blog The Many Faces of (New) Athens by Gigi Papoulias. Raised in the US in a Greek immigrant family, Gigi now lives in Athens. She first launched her blog in 2012 to chronicle Greece’s financial crisis, and has recently been writing about the impact of the coronavirus pandemic on life in the Greek capital. She has been providing regular and clear-eyed updates of the day-to-day situation together with her own personal thoughts. We believe that her writing will be of interest to our readers who want to stay up-to-date on how the situation is unfolding and so will be reproducing selected entries here, with her kind permission. To subscribe to Gigi’s blog and read all of her entries, click the link above.

Below is Gigi Papoulias’ blog post from 08/04/20 reproduced in full:

The big news today came from Hardalias, regarding the ramping up of restrictions in an effort to keep people from leaving Athens and other cities during Easter. “We must protect our villages, our islands,” he stressed, adding that any type of movement will only help transport and spread the virus, and put other areas of Greece in danger.

Beginning today at 6pm, at all tolls across the country, on all national highways and secondary roadways leading out/in of cities, the Hellenic Police will be carrying out checks on all vehicles, on a 24-hour basis until April 27. Vehicles and passengers in violation will be fined €300, the vehicle’s license plates will be confiscated for a period of 60 days, the car will not be allowed to pass and must turn back.

So that means, for citizens who live in Athens or other cities, but claim permanent residence in their ancestral village or island, and who decide to leave the city and head to the village for Easter – they will not be allowed to return to Athens (or anywhere else), or to return to their jobs. They’ll be stuck in their village/island until the measures are lifted.

In addition, Hardalias made it clear that this Easter, distributing the “holy light” will not be allowed. Usually at midnight mass on Saturday night, the priest declares “Christ Has Risen” and holding a lit candle, he passes the flame to all parishioners, who hold unlit candles. Worshippers keep their candles lit throughout the service and bring them home as well, to light small lamps in home-made shrines.

This year, church services for Easter are allowed, but behind closed church doors, without any parishioners. The services will be televised.

Some mayors in various areas around Athens had begun to discuss plans about distributing the “holy light” – neighborhood by neighborhood, street by street, to each apartment building. However, at today’s briefing, a stern Hardalias made it clear that this will not be allowed.

Hardalias ended the briefing with (half) a quote by Winston Churchill – “we make a life by what we give.”

This morning I opened my eyes to the sound of the wind and the neighbor across the way sitting on his balcony, talking on his phone, loudly dictating more emails in incoherent English. Upon opening the wooden shutters, sunlight was revealed… Oh joy! Although still windy and cold, at least today finally there’s light…

And now I sit, mood uplifted, in my light-filled room, coffee by my side. Coffee. Frappé, to be more specific. Nescafe frappé to be exact. For decades, this has been the way I start my day… I think I can’t live without it. But what is Nescafe frappé you ask? How do you make it? Where does it come from?

In Greece, it gained popularity in the early 60s. If you’ve been to Greece, no doubt you have seen people everywhere, at home, at work, riding a moped, sitting at cafes, lounging at the beach, frappé in hand, straws attached to mouths.

As the story goes, in 1957 at Thessaloniki’s annual International Expo, there was a guy named Dimitri Vakondios running the Nestle booth, which featured hot instant coffee and the Nescafe brand. Apparently, he ran out of hot water and decided to improvise and use cold water… He put some coffee, sugar and bit of water in a shaker, shook it up, poured it into a glass and added cold water… The frappé was born and the rest is history.

Through the years, however, in some circles, the humble frappé is considered somewhat passé, as fancier coffee drinks such as freddo cappuccino and frappuccinos took over. Nevertheless, frappé has remained our all time classic, and we are, no doubt, a frappé nation.

Recently I was scrolling through newsfeeds and noticed that everyone is obsessed with a “new” coffee craze. Videos on how to create “whipped coffee” have become viral, gaining millions of views… Apparently, someone has re-invented the wheel and this ingenious, innovative coffee trend has swept across the US… and the world…

whipped up a lil treat ☁️☕️ i joined everyone on this new trend and made some whipped coffee. well I gotta cred the sis for this, thanks bitch @bymicaelastarr 🙏🏼 here’s what you do: whip up 1 tbsp instant espresso, 1 tbsp organic cane sugar, and 1 tbsp hot water. whip that shii in a stand mixer. grab yo mason jar, fill with ice, and almond milk. top her with the whip and drink up. don’t normally drink coffee, but i wanted to join the whipped coffee party. sue me 🤷🏼‍♀️ #whippedcoffee #dalgonacoffee #vegan

Greeks are up in arms. Don’t you know we invented everything (uh, like democracy, the Olympics), and frothy instant coffee drinks? Come on, people… give us credit where credit is due…

For those of you who won’t be able to visit Greece this year, make yourselves a frappé, sit back and enjoy the next best thing – a virtual visit to Frappé Nation. Check out the Greece from Home initiative, brought to you by the Greek National Tourism Organization.

So here I sit, slurping the last bit of my frappé, chewing on the straw… Listening to another invisible neighbor, this one a delight – somewhere in the building next door, someone plays the piano. Its muffled but beautiful sound comes through the wall. Usually, I’d only hear the pianist play in the evening. These days, the mystery person seems to be playing all the time. Perhaps with a frappé by his/her side.