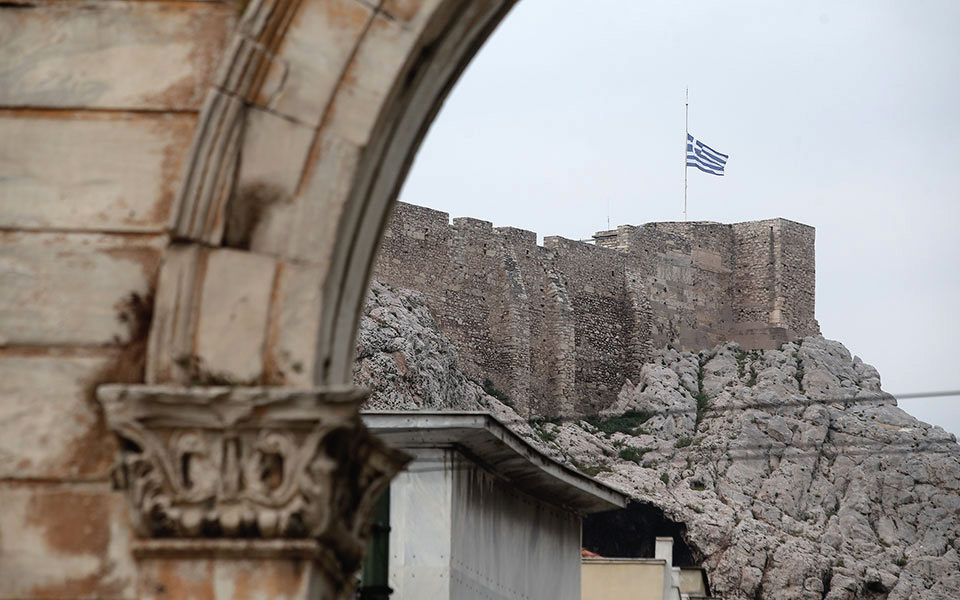 Coronavirus Diary: Life in Athens in Times of (Another) Crisis, Day 24

Editor’s note: The following has been taken from the blog The Many Faces of (New) Athens by Gigi Papoulias (the original entry is here). Raised in the US in a Greek immigrant family, Gigi now lives in Athens. She first launched her blog in 2012 to chronicle Greece’s financial crisis, and has recently been writing about the impact of the coronavirus pandemic on life in the Greek capital. She has been providing regular and clear-eyed updates of the day-to-day situation together with her own personal thoughts. We believe that her writing will be of interest to our readers who want to stay up-to-date on how the situation is unfolding and so will be reproducing selected entries here, with her kind permission. To subscribe to Gigi’s blog and read all of her entries, click the link above.

Below is Gigi Papoulias’ blog post from 01/04/20 reproduced in full:

As of 6pm, local time, Athens:

So, a round-up of some of the announcements over the past few days:

On Monday, Manolis Glezos died of heart failure at age 97. He was a resistance fighter and a political activist. In 1941, in Nazi-occupied Greece, he and another man, Apostolos Santas, tore down the Nazi flag from the Acropolis. At age 92 he was elected to the European Parliament.

Today his funeral took place under new rules: only a few close family members in attendance. Watching his coffin, draped with a Greek flag, being carried out by men in dark suits and black masks, a solitary priest in front and a few relatives trailing behind in an empty churchyard was eerie and sadly surreal. The Greek flag on the Acropolis is at half-mast. Under normal circumstances, all of Athens would have filled the streets to pay respect to this hero, who symbolizes the heart and soul of a Greece that will always fight against brutal injustice.

At the 6pm briefing on Monday, Tsiodras spoke about Glezos: “he gave the people of an enslaved Europe a message to fight for freedom… let’s also face the struggle against this invisible enemy with heroism.” 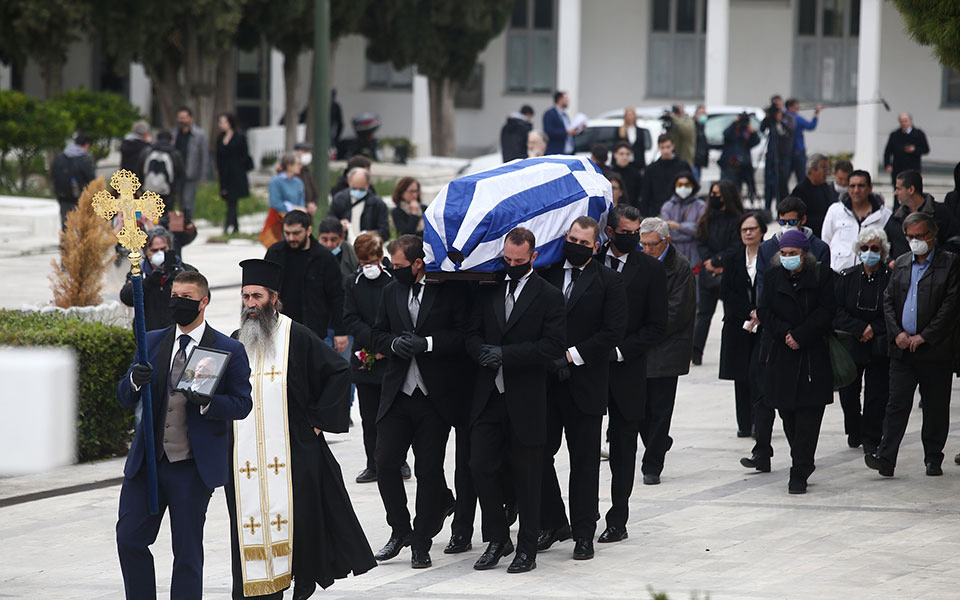 In other news, more supplies have arrived and more are on the way. The Onassis Foundation and Greek Shipowners Association donated 1.7 million masks, which arrived from China on an Aegean Airways flight.

Donors have come forward to give a total of €3 million to be used for the coronavirus emergency. Private companies have also donated money, services, the use of a private clinic, etc. The water company, ΕΥΔΑΠ, is to provide €2 million to cover the cost of medical supplies and will provide free water to designated coronavirus hospitals.

The Minister of the Interior announced a €5 million boost to the prefecture of Attica to support free food distribution to 30,000 people in need, and the “Help at Home” social service, (something like “Meals on Wheels”) is to increase its capabilities to offer food, medicine, health services to those in need.

On Monday, the prime minister called for all New Democracy MPs, deputy MPs and ministers to donate 50% of their salaries for the next two months to the fight against the virus. He urged other political parties to follow suit… President Sakellariou (Greece’s first woman president) stepped up and has given 50% of her salary to the cause.

On Tuesday it was announced that the waterfront pedestrian area in Thessaloniki will essentially be shut down. It is only open from Mon to Fri, from 8am-2pm. People are otherwise completely prohibited from entering this area… Apparently too many people were crowding this pedestrian area, going for walks, cycling, etc.

The focus has been on the region of Kastoria and Xanthi, areas especially hard-hit by the virus. Aid has been sent, in the form of human resources (more doctors, nurses, staff), more medical supplies, increased funding, etc.

In addition, in Ptolemaida, the public power corporation, ΔΕΗ, will shut down a power plant, Unit 5, sending all workers home for 30 days to counter the spread of the virus in the Western Macedonian region.

Furthermore, five municipalities in the Kastoria and Xanthi region have been put in total quarantine, complete lockdown. Residents have been told to stay home and police have been stationed at the entrances of these areas and only food, supplies, medical staff can go in/out. Hardalias, Deputy Civil Protection Minister, said he’s “sending out an SOS” for this region of Greece, and the next 14 days will be crucial, as there is an increased risk of spread. Today, one more village near Edessa was added to the list of areas in total quarantine.

Hardalias also made a big announcement on Monday regarding Easter, which is on April 19 this year. He firmly announced that this year Easter will be different, we won’t be going to our ancestral villages, we won’t be roasting lamb with our friends and families, we won’t be going to church but rather we’ll pray at home. He went on to say that this is a necessary measure to take so that next year we’ll be able to celebrate with all of our loved ones (not just some of them).

He also sternly warned of over-crowding in lines at banks, ATMs etc which occurred on Tuesday, March 31 (the end of the month when most people receive their monthly salaries, pensions etc). He urged people to use online banking. (However there are many people, especially the elderly, who do not use online banking, so what alternative do they have?)

One of the recent confirmed coronavirus cases is a woman who lives at the refugee camp in Ritsona on Evia, she gave birth at a hospital in Athens and was found positive. The father of the infant has tested negative, and test results for the infant are pending. The Ritsona camp has been put in quarantine for two weeks and health officials visited the camp in an effort to determine if others were in contact with the expectant mother.

In general, the living standards at refugee camps across Greece and especially on the islands are extremely harsh. Access to clean water, toilets, proper nutrition, medical care are dire. Living in severely overcrowded conditions and the lack of access to basic necessities make these camps a ticking coronavirus time bomb. 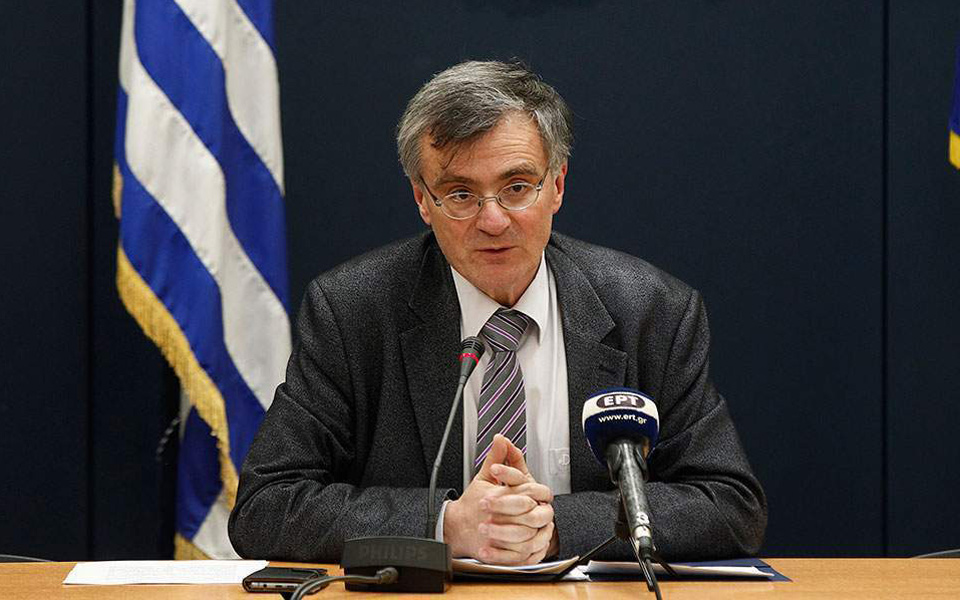 In the daily 6pm briefings, I’ve come to view our dynamic duo, Health Ministry spokesman Dr Sotiris Tsiodras and Deputy Civil Protection Minister Nikos Hardalias, as the brains and the brawn of Greece’s coronavirus response. While Tsiodras remains a soft-spoken, nerdy doctor, almost tensely looking down at his notes, giving us the facts, answering questions, etc… Hardalias seems like a slow-simmering pot, trying to contain a boiling impatience, at the brink of spilling over… In truth, he is tasked with a nightmare… trying to physically confine millions of Greeks in order to stop or at least slow the spread of this virus… Something which on the one hand, seems like has been pulled off, but on the other hand I sense, day by day, tiny cracks rising to the surface… 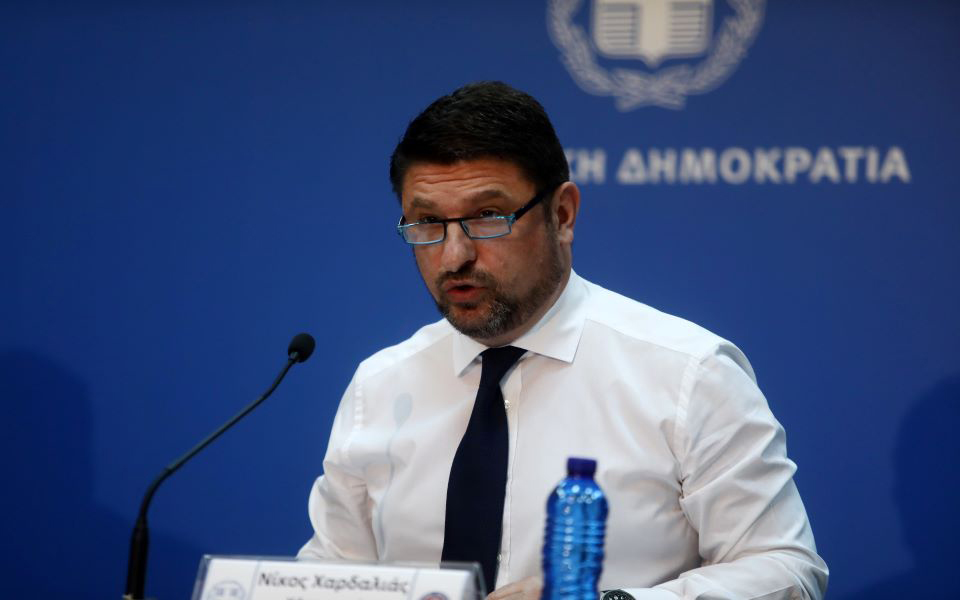 Both of them constantly stress, on a daily basis, how we are at an extremely critical point and although it seems efforts to contain this in Greece have been successful so far, it could worsen if measures are not adhered to and people become lax in the coming weeks.

But… for me, where Tsiodras somehow provides a calming reassuring presence, Hardalias is increasingly giving off an aura of impatience, anger, and frustration.

At today’s 6pm briefing, Tsiodras mentioned that he visited some of the patients in various hospitals and read off a list of their first names, wishing them a speedy recovery.

Today, Hardalias opened with a brief mention of the few criticisms regarding his “αυστηρό ύφος” or “harsh manner” – he spoke of democracy and personal responsibility and that they will continue to do what is needed, regardless of negative criticism… His manner of speaking however, was rather toned-down during today’s briefing. It seemed as if he was making a conscious effort to keep his tone of voice and general demeanor more even-keeled.

That being said, I look at the numbers and wonder why Greece has done so well (so far)?

Information from www.statista.com gives the following statistics on COVID-19 in each country, as of April 1:

The Greek government acted quickly and decisively. By Feb 27 with only three confirmed cases, the first measures were in place, and days later things started shutting down. Just looking at the statistics, this time, Greece is relieved to be at the bottom of a list.

Was it the fast response? Why did Greeks adhere to harsh restrictions so quickly and without complaining? We’re a country filled with people that hardly ever follow the rules, thumbing our noses at authority, always taking to the streets… Greeks maintaining social order?

The decade-long, devastating financial crisis that we experienced (and still haven’t recovered from) kept us on the brink -of Europe, of insanity, poverty, hopelessness. Everyone was affected in one way or another -people lost jobs, homes, incomes, the ability to care for themselves, to put food on the table. We experienced a collective loss of dignity, a collective rage, a shared outcry of the unfairness of it all. We were outraged by corrupt politicians, decades of mismanagement, harsh austerity measures… We poured into the streets in bitter protest.

Nevertheless, we learned to live with less. We learned to persevere, to unite, to support each other. We were forced to re-evaluate ourselves, our lives, our society. The bitterness is still there, but we somehow learned to cope, to come together and move forward.

So maybe this is why we seemed to “fall in line” so quickly. We were braced for this new crisis, only this time our enemy is not a corrupt system, crooked politicians, the banks, but a common invisible enemy that makes each and every one of us vulnerable – rich, poor – not only in Greece, but all over the world.

This new crisis may prove worse than the previous one, it will set us back in many ways, and leave more scars, but what we’ve already learned is that together we are stronger. And the only way out is together.