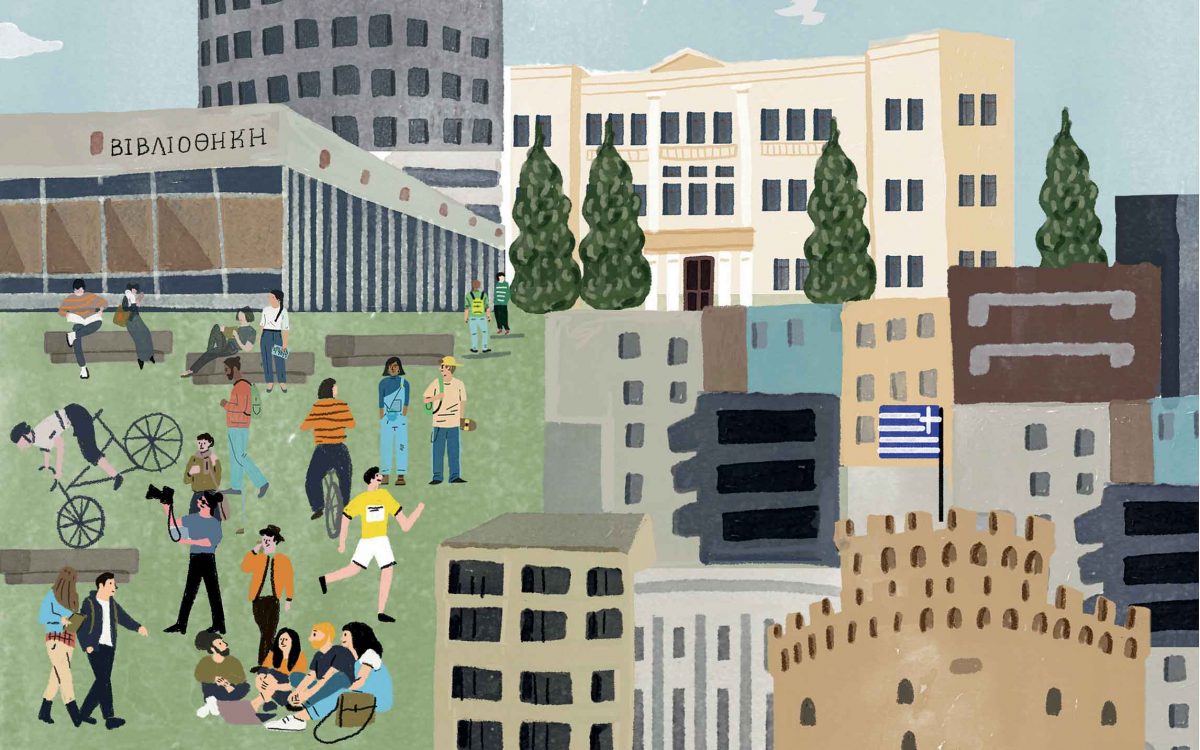 Studying in Thessaloniki: The Campus on My Doorstep

A coming-of-age story on the streets of Thessaloniki.

Getting into a Greek university isn’t easy. It requires years of hard study, at least if you want to get onto the program of your choice. I wanted to study journalism, and I was accepted on a degree program for that, but I remember that when I received my results, I didn’t think of it as the luckiest day of my life. I landed a place in the university of my hometown. The same place in whose reading rooms I took refuge to study when at high school was where I would return. Another round of the same, then, just as my friends were preparing for the great escape, to other cities and other countries.

Thankfully, my disappointment soon ebbed away. A group project on the financials of a certain media outlet became the first bonding experience. Who cared about the subject matter? It was enough to ask “Do you want to work on it together?” We found ourselves arranging our first coffee session together as students near the White Tower – at the infamous Efimerida, the best-known student café in the city.

It was never to be. We learned from the third-year students that getting a table was a real feat. Even this disappointment didn’t last long, when the seniors invited us to the little tavernas of the Refugee Market, at Bit Bazaar. The sound of the bouzouki and the clink of glasses filled with red wine brought us together with all the neighboring tables. Strangers among strangers, we joined in and sang along to popular songs, and by the end of the evening it was as if we’d known each other for years. It was amazing how easy it was to make new friends! In the end, I didn’t mind at all being a student right on my own doorstep. 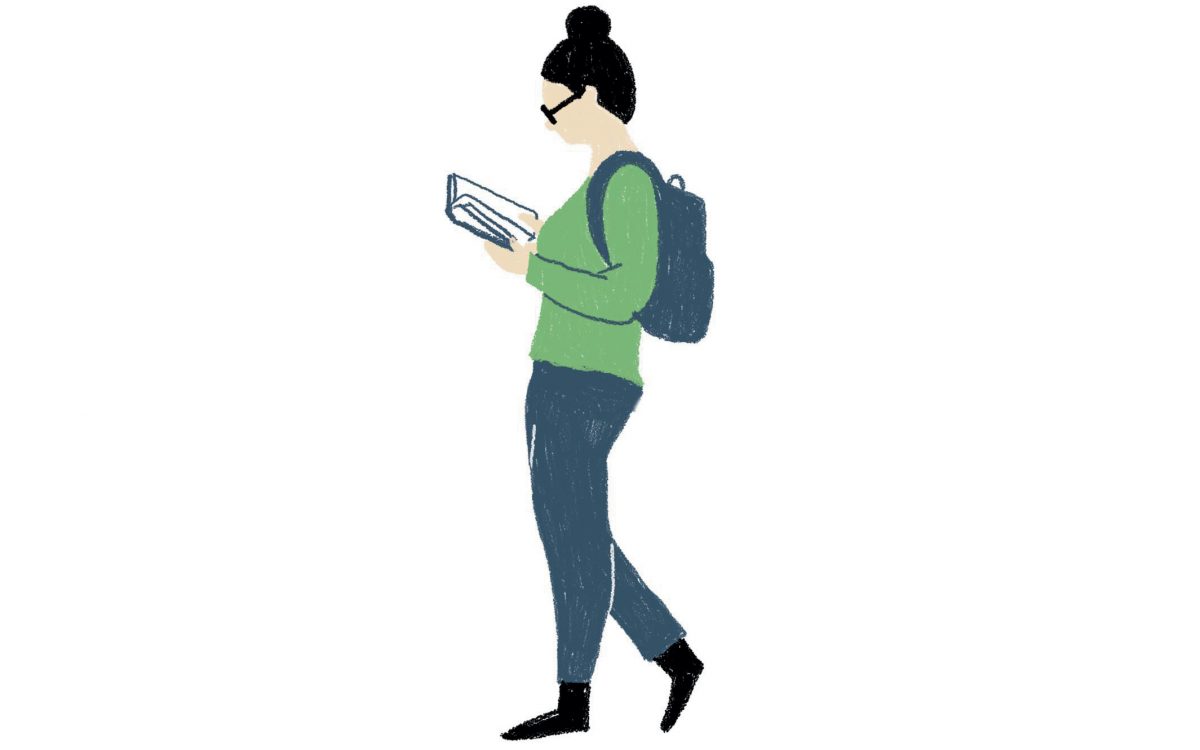 Nowadays, a graduate with a new job in my back pocket and an Athens address, I enjoy returning to Thessaloniki to wander around my old haunts, observing how things have changed. The university campus separates the city center from the eastern suburbs. There’s building after building, housing schools and labs. A beautiful old building is one of the homes for the Philosophy School, the earliest of the university departments, founded in 1926. An ancient Greek epigram decorates its façade: “Make sacrifices to the Muses and the Graces” – in other words, cultivate your mind and soul!

That epigram is honored every day on the “lawns” – the park located between the newer building of the Philosophy School and the Dean’s Office. This is where students from various departments meet after classes to continue the endless discussion which usually start with notes exchanged during class. Students from the Surveying and Agricultural Engineering departments set up tripods for practical assignments, while other groups set up stalls for small pop-up thrift stores on the benches, selling second-hand clothes and hand-made jewelry – a cross between a bazaar and a yard sale – just as we used to do.

Leaving the campus, I cross over to the pedestrianized Melenikou Street, where I once lined up to get free textbooks from the various publishing houses. This time, I stand in line for a fresh slice of pizza (€1.50) from one the pizzerias around the Rotunda, before heading for the Ladadika area. While the streets are permanently gridlocked, distances within the city are short. Buses are almost unnecessary, although worth taking a ride to confirm the standing jokes among students about the standards of driving. According to one of these, drivers hand out pole-dancing certificates to those passengers still standing at the end of the route. 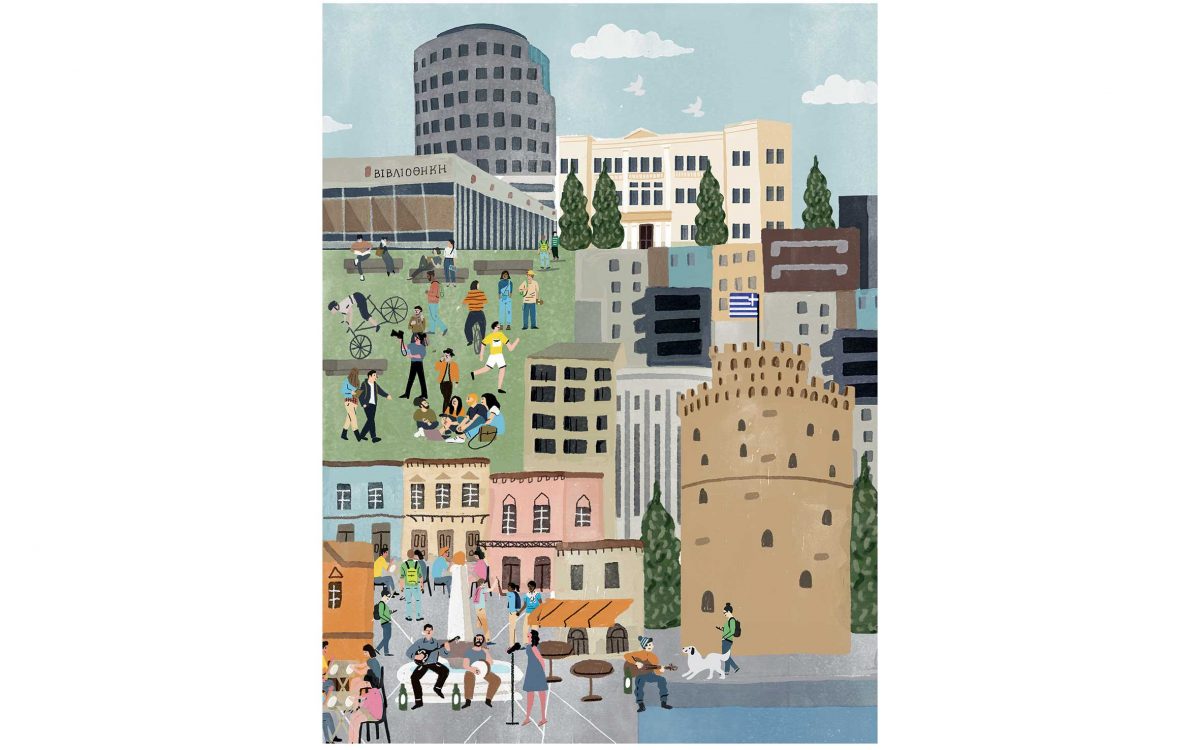 The Ladadika district is where the city’s nightlife gathers on weekdays. Every Wednesday, Greek and foreign students meet for the famous Erasmus parties at the 8Ball nightclub. This is our opportunity to get to know one another, as our paths don’t often cross, and they have a full schedule – so much to discover in a short time! After morning classes, they all go for lunch in the student dining hall, while in the afternoons some go climbing, others take dance lessons, or go for karaoke, bowling or a pub crawl; nearly all take advantage of the excursions organized by the Erasmus Student Network.

As night falls, I’m reminded of Nikephoros Choumnos, a 14th-century Byzantine philosopher who wrote “No one is without a homeland as long as there is Thessaloniki.” The floodlights of the Trigonio Tower come on. The sidewalks around the pizzerias and creperies of Navarinou Square fill with young people.

There’s no need to rush. You get your head out of the books, and you live life. You throw yourself into your studies and you lose touch with life, but you get ahead in class. At times you’re awake until the early hours of Sunday, not caring what you’ll wear when you go out or what you’ll look like. There’s coffee, backgammon and cards. Friends, too, transitory or permanent. There are acquaintances you bump into, whether you want to or not. Other peoples’ homes, other peoples’ beds. Packages of home-cooked food arrive by bus. There’s waiting, misunderstandings, delays. Sour notes at Bit Bazaar and cinema masterpieces at the International Film Festival.

Cut to darkness. Guitars are playing by the port with a view of the sea and the White Tower in the background. I woke up this morning with the melody of Oasis’ “Wonderwall” playing in my head, that guitar of his and that voice: “Backbeat, the word is on the street that the fire in your heart is out/I’m sure you’ve heard it all before, but you never really had a doubt/I don’t believe that anybody feels the way I do about you now.”