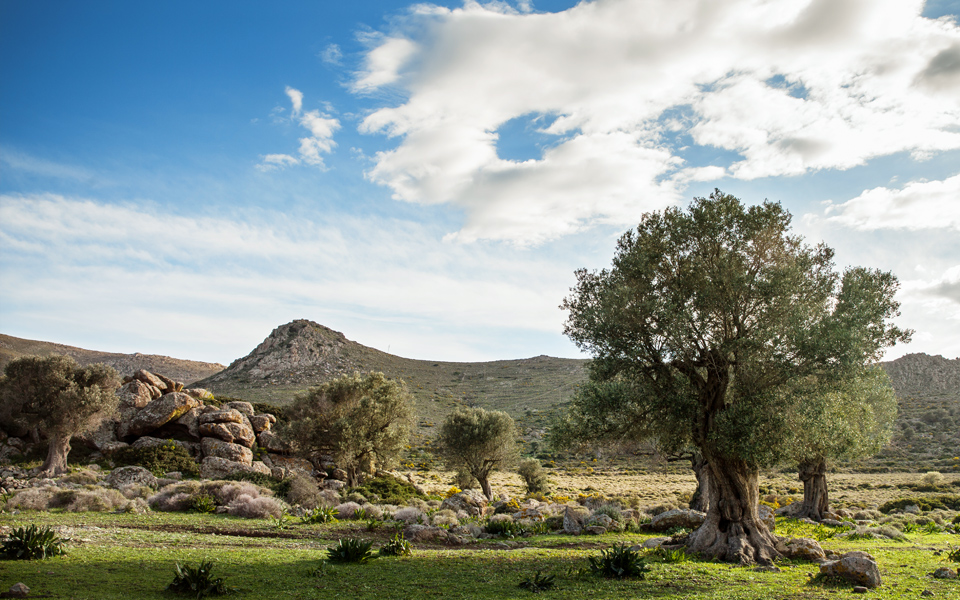 The Grand Old Dames of Aegina

As the sun goes down in a valley at the foot of Oros, the highest mountain on Aegina, the shadows cast by the age-old olive trees look like human figures dancing.

On this popular island in the Saronic Gulf lies one of the oldest olive groves in the county. An amazing retreat that belongs to all and at the same time to no one, which, despite being photographed for the Hermès fashion campaign in 2012, still remains a well kept secret. It is a vast green expanse dotted with trees over 400 years old, with thick, gnarled trunks that form small and large hollows, which send your imagination soaring: here a woman with jagged contours; the Earth Mother; there two young lovers kissing; a child running…

Although the valley is quite big, the surrounding hills make you feel like the place is embracing you. The only building is an abandoned white stone chapel, and the only permanent human presence three shepherds who live there with their goats, chickens and dogs. But when the weather is good you will see yoga practitioners, nature lovers out for a walk, and families enjoying a picnic, especially on May Day, which is celebrated with music and the sharing of home-cooked treats. 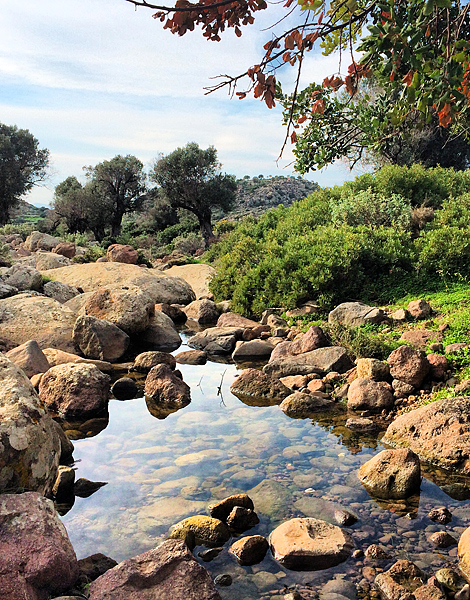 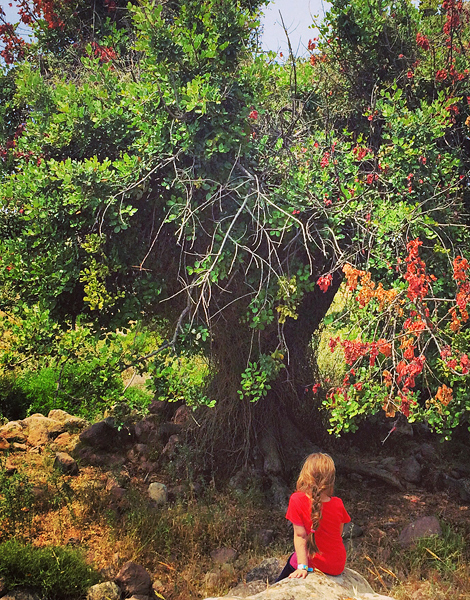 Each month in the valley is different; the vegetation and colors change strikingly. Plants and herbs, for centuries used to make tisanes and in folk medicine for their perceived benefits, grow in abundance alongside other shrubs, bushes and wild flowers. They spring up, beautiful and full of life in spring, only to be scorched by the hot summer sun, before regaining their vitality in winter and being reborn in April, completing the cycle of life.

From certain spots the view is quite magical. The island resembles an architect’s model, in which houses, boats and problems appear lilliputian. Below you, a dreamlike landscape; above you the endless sky, bluer and clearer than ever; with nothing to interrupt your reverie as you convince yourself that you are on the highest point of the planet. Leave me here… I don’t want to come down.