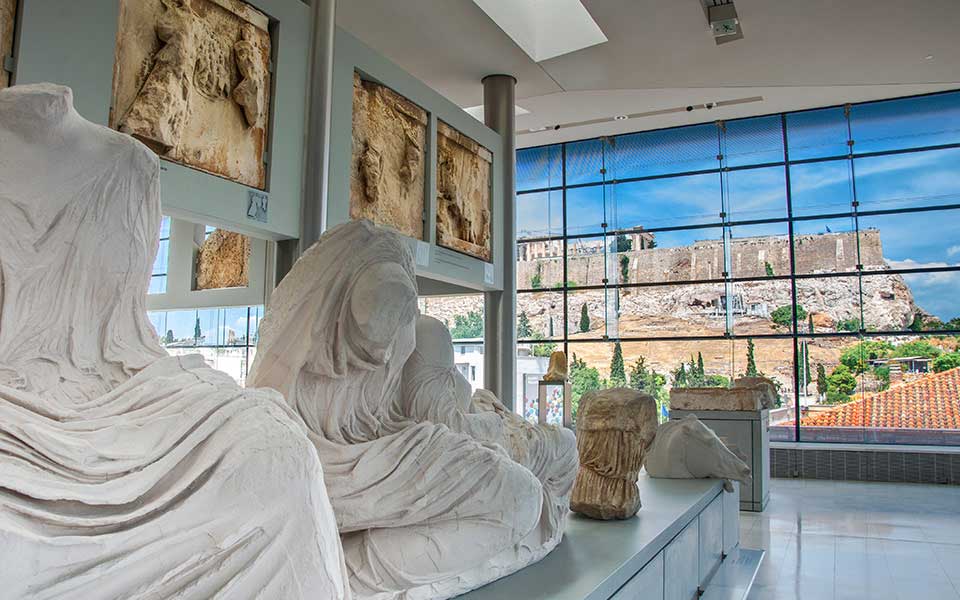 The Parthenon Marbles: An Ever Poignant Question

I was deeply moved during a recent visit to the Acropolis Museum in Athens.

The usual marvelous sensory and cultural feelings that always occur while viewing the marbles of this splendid museum, designed by the Swiss architect Bernard Tschumi, were heightened, on the occasion, by seeing the fragment of marble which arrived earlier this year from the Salinas Museum in Palermo. This is known as the Fagan fragment.

This fragment, which is part of the eastern frieze of the Parthenon, depicts a foot and a part of the peplos of Artemis, and was acquired in 1816 by the British consul in Sicily, Robert Fagan. After his death in 1820, it was sold to the Museum of the Royal University of Palermo and from there it was then passed to the Salinas Museum.

The top floor of the Acropolis Museum is a virtual reconstruction of the Parthenon, and the area has been designed, with its position and glass, to reflect, and to not only display this reconstruction, but to also visually link it to the original near 2,500-year-old structure on the Acropolis hill. The Fagan fragment is now displayed in a glass case, within its place in the reconstruction and also looking out at the actual historical site.

The fragment arrived in Athens during the first weeks of January 2022 and was part of a cultural exchange program, given initially as a long-term loan and later gifted to the Greek museum. In return, Greece’s loan is of a headless statue of Athena from the 5th century BC together with an 8th century BC amphora.

I hope this trip paves the way for a much more important and long-awaited journey of the marbles from the British Museum, “stolen” in the early 1800s by Thomas Bruce, then made Lord Elgin, ambassador of Great Britain to Constantinople.

During the period of Ottoman occupation in Greece, Elgin apparently obtained the permission of the sultan to remove the marbles. These were then dispersed in different locations (the same Fagan fragment came directly from Elgin). Some marbles were lost at sea, during transport, but most eventually arrived at the British Museum.

The “Fagan fragment’ depicts the foot of the goddess Artemis, peeking out from a beautifully crafted tunic. © Hellenic Ministry of Culture and Sports

This process, which is not, in some quarters, considered to be a valid and genuine method of acquisition, has triggered fierce international debates, and has initiated official requests for restitution of the marbles by various Greek governments.

The Nobel Prize winner Nadine Gordimer, in the preface to the splendid book by Christopher Hitchens, “The Parthenon Marbles,” underlined how the presence of the marbles in London represented the stone manifesto of British colonial arrogance, and how much the marbles belonged, representing their DNA in art, to the Greek people.

These sculptures by Phidias have been requested in vain for almost 40 years by various Greek governments (the first was Minister of Culture Melina Mercouri in 1984), and most recently by Prime Minister Kyriakos Mitsotakis in an interview on British television.

It should be noted that, as a student, Boris Johnson wrote, in an article in Oxford, “…it is evident to me, how much [these marbles] are woven into the Greek identity. It would be a wonderful thing if they could be returned.” Latterly, Ed Vaizey, former minister of culture of the Cameron government, recently stated that they should be in Athens.

The National Archaeological Museum of Athens has transferred its 10 fragments of the Parthenon to the Acropolis Museum, strengthening the reunification process and sparking a fresh discussion about the never dormant request for the return of the marbles.

I hope that the exchange program with Sicily will lead the way to a solution for the return of the marbles, which would, in turn, strengthen Greece’s cultural identity, and perhaps help reinforce it politically and economically. The country has been trying with all its strength and succeeding in re-emerging from the profound crisis of the last decade.

In another indication that perhaps the tide is turning in favor of the return of the marbles, the Musee des Civilizations du Quai Branly in Paris and the Berlin Ethnologisches Museum have initiated the return of African artifacts to Nigeria, improperly taken away during the colonial period from Benin City.

As a footnote, upon exiting the museum, I entered the metro, heading home, at the Acropolis station. Going down to the platform, I was greeted by the giant picture of Melina Mercouri in front of the Parthenon, wrapped in an elegant trench coat, a bundle of wild flowers in her hands, and an immense and radiant smile, which today seems even more radiant. The return process, dreamed of and initiated by her, seems to have perhaps gained some momentum.

Alfredo Cafasso Vitale is a freelance journalist and tour guide.

This article was previously published at ekathimerini.com.