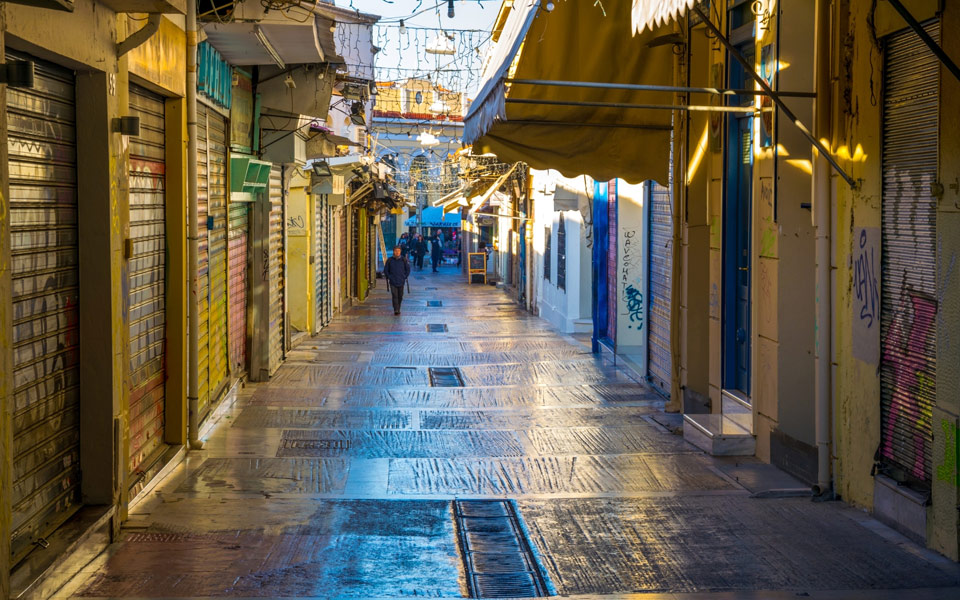 To Stay or Go: An Expat’s Tough Decision in the Face of COVID-19

“Should I stay in Athens or return home?”

I’m old enough to remember the hysteria over SARS, swine flu and bird flu. Despite some terrifying headlines, predictions of death on a massive scale and outbreaks of panic buying, the threat of each of these new diseases quickly subsided — at least in Europe — and life quickly went back to normal.

When I read about the outbreak of coronavirus (or COVID-19) in China at the end of last year, it all felt very distant. Like many others, I thought this was just another media-induced panic about something playing out on the other side of the world. It probably wouldn’t affect me. But events have moved at such an incredible speed over the last week and shown me how wrong I was.

News of the first cases in Greece wasn’t all that alarming, although the closure of schools raised eyebrows. But then workplaces emptied, event-after-event was canceled, business have shut and the streets have emptied — even the Acropolis is closed. Just as spring was bringing the city back to life, now Athens is a ghost town. Yes, this is real.

So, like many of my foreign friends based in Athens, the last few days have involved some frantic soul searching and last-minute decision making. Is this outbreak really serious? Where is the best place to be during a pandemic? Should I stay in Athens or return home? Are they really going to shut the borders? Is returning to parents the responsible thing to do, or does it expose them to greater risks? If I stay, how can I keep myself safe?

Everyone I know has run through a similar list of questions in their mind, trawled the internet to try to make an informed decision and taken their own course of action. I’ve been out drinking (before the bars closed, of course) and discussing coronavirus with friends, who have told me they’re staying put — only to receive messages hours later saying they’re on a plane home. To date, roughly half have left and half have stayed.

Elisa Perrigueur, 33, is a French illustrator and journalist who splits her time between Paris and Athens. She was recently reporting from Lesbos, where an outbreak has been traced to a religious trip through Israel and Egypt. After mulling over the decision for a number of weeks, she finally decided to return to Paris when she heard that Greece was considering cancelling flights.

“I really wanted to stay here and keep working,” Elisa explains. “But all my work disappeared in Athens after the trials I have been following were suspended and you can’t do much when nobody wants to meet for interviews. For a long time, I thought it would be easier to stay here. But I have an Italian friend and saw the consequences of being far from home and unable to go back. It’s really hard.”

Although there are currently many more cases in France and the shutdowns began earlier, she felt the weight of responsibility pulling her back. “My aunt is alone and I have to take care of her,” she explains. “I’m also registered with the medical system in France, so it seems safer to be there.”

Greece’s public health system is creaking after years of austerity — and only some friends have private insurance. But for my mainly young and healthy social circle, access to the health system isn’t such a major factor. They just don’t want to act in ways that make the situation more dangerous for others — particularly the elderly. It was this which most made me decide to stay; out of fear of returning home and increasing the chances of infection for my parents in their late-sixties and early-seventies, who live in London.

But with so many unknowns, it’s hard to know what is the right thing to do — or the most responsible course of action. Like many other young ex-pats in Greece today, Freya Mergler, 28, works in the humanitarian sector. She is the Greece coordinator for Help Refugees, which funds many grassroots refugee projects across the country. She was in the UK for work, but after much agonising, decided to come back to Greece today (Sunday). “I will have to work from home because offices are closed,” she says. “But Athens is the place I can be most useful and it is important to carry on working. Work to support refugees doesn’t stop because of a virus — and, for refugees, living in densely-populated camps makes the spread of diseases like coronavirus more likely. Some organisations have had to close, so new solutions need to be figured out to continue providing food, health and other services.”

So far, it seems that Greece has taken the necessary steps — but we will soon learn if they have moved fast enough to halt the spread of the virus. The examples of Singapore and Hong Kong suggest that taking decisive measures early, such as social distancing, shutdowns and travel restrictions, can be effective.

Unlike the British government, which has proven reluctant to take actions that risk hurting the economy, the Greek government has acted fast and decisively. Of course, shutdowns and preventative action will always have an economic cost but allowing cases to skyrocket until the health system is overwhelmed, as we can see in Italy, will likely come to an even greater cost — both economic and human.

For Greece, it makes sense to go on lockdown sooner rather than later. The cost of a month-long shutdown now, rather than during peak tourist season, will have less impact on the engine of its economy. But the far bigger question is, even if Greece does successfully contain the virus, will it be able to reassure visitors that the country is a safe destination for their summer holidays?

The world is in uncharted territory and without concerted global action, the impacts of individual countries’ actions are limited. Even if the spread of the virus is brought to a halt in the coming weeks, the economic, social and political ramifications are likely to play out for a long time to come — and are even harder to predict. What can an individual do, in the midst of all this? Perhaps what will be even more important than correct hand washing or rigid social distancing is that, in Elisa’s words, “we have be prepared psychologically” — however that may be.