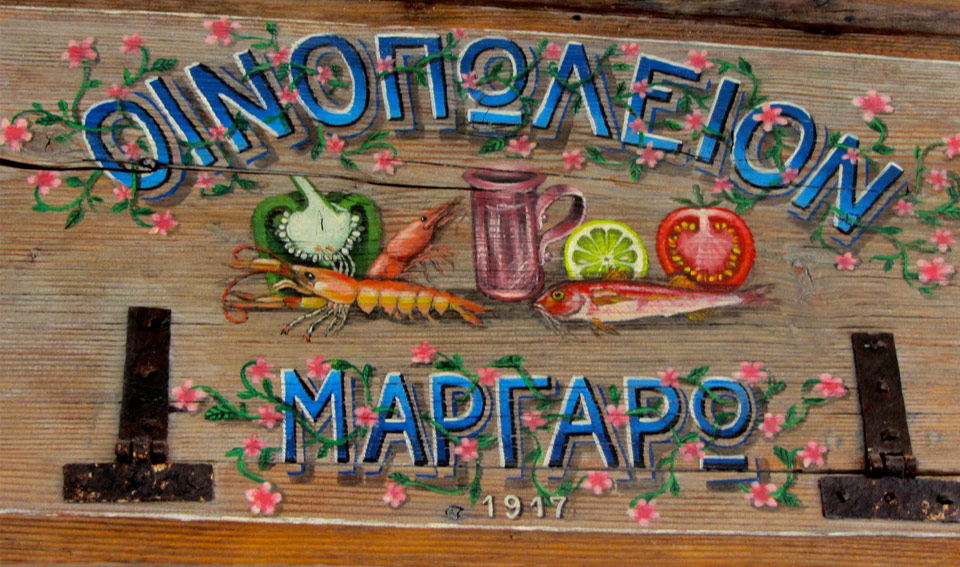 It’s just a neighborhood, no frills taverna, and in an out of the way residential neighborhood at that, tucked into a corner on a back street in Piraeus that ends at the Greek Naval Academy. You will catch a glimpse of the open sea and some young cadets in uniform leaving and entering the gates, but Margaro hardly matches the picture postcard notion of a Greek seaside taverna.
You wouldn’t go to Margaro for the view, for elegant surroundings, tasteful decor, innovative cuisine or traditional home cooking. You can’t even make a reservation.
And yet every day, seven days a week, almost every table is occupied for lunch, dinner and in between, and has been for decades. What’s the secret?
An old-fashioned painted sign above the door identifies Margaro as an “oinopoleion” or wine shop, which is how it started back in 1917 in another location. But today’s taverna opened in 1944, right after liberation from the Nazi Occupation, amidst crushing poverty, as Margaro’s grandson, Yannis Haniotis, told us.

“ You can’t even make a reservation. And yet every day, seven days a week, almost every table is occupied for lunch, dinner and in between, and has been for decades.”

Then it was a mageirio, a once classic type of urban eatery which serves a range of casseroles and oven-baked dishes. But when Yannis’ father, Lazaros, took over in 1980, he pared down the menu to three foods. These never change regardless of the season: perfectly fried jumbo shrimp, the freshest red mullet (called barbounia in Greek because of their little beards) – one of the Mediterranean’s most prized fish – and a horiatiki salata, tomatoes, onions, peppers and a thick slab of feta dressed with fruity olive oil. Sometimes, langoustines or red snapper – also fried – may be added to the selection, but that is all. Carnivores or vegetarians will not be happy here, or even, as Yannis said, fisheaters who are used to fillets with no bones. 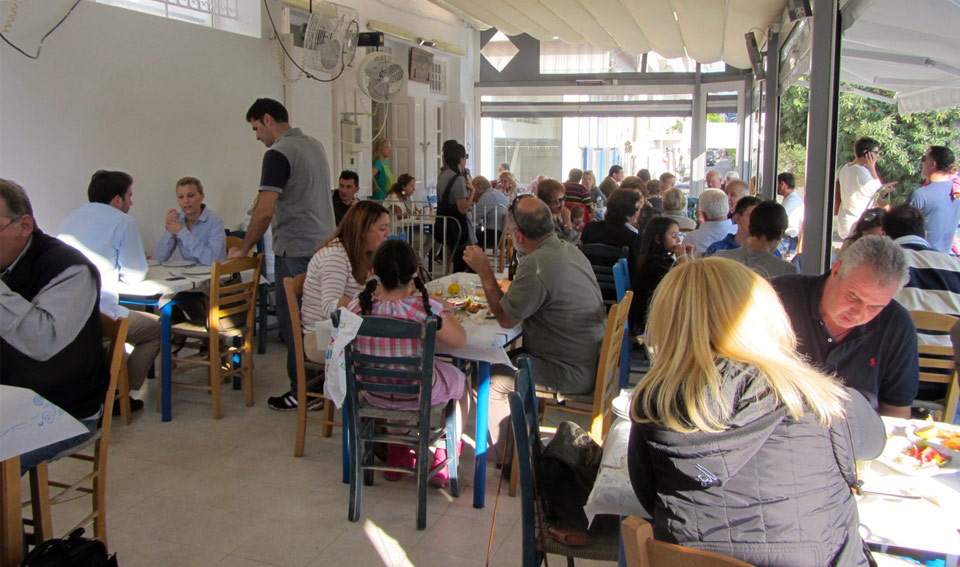 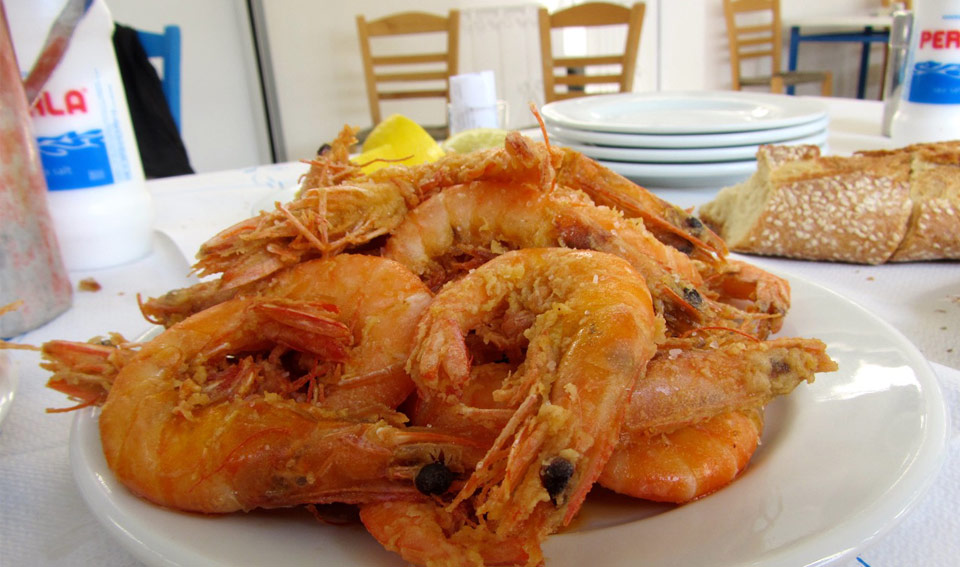 All the cooking takes place on a two-burner stove in two copious frying pans, and somehow you never have to wait too long for your order, no matter how crowded the awning-covered sidewalk patio is. Although there are dining rooms inside, everyone prefers the tables outside, summer and winter. Your waiter fixes the paper tablecloth with clamps, and soon afterwards your salad arrives, along with a basket of chewy fresh bread for dipping into the luscious oil, a carafe of drinkable Attica wine – there’s no wine list either – and a plastic container of salt, not even a shaker.
When dessert comes, on the house, it’s either baked halva or a syrupy orange cake. Neither the fare nor the décor could get any simpler but that’s the secret of Margaro’s success. There are no surprises. You will never have a mediocre meal, and if this tempts you, you’ll be joining generations of ship brokers and locals, Athenians from all walks of life and from miles away.
Margaro is like the gold standard in a time of rapid change and shifting values. We go there whenever we need a reminder that good things don’t have to be fancy or complicated.