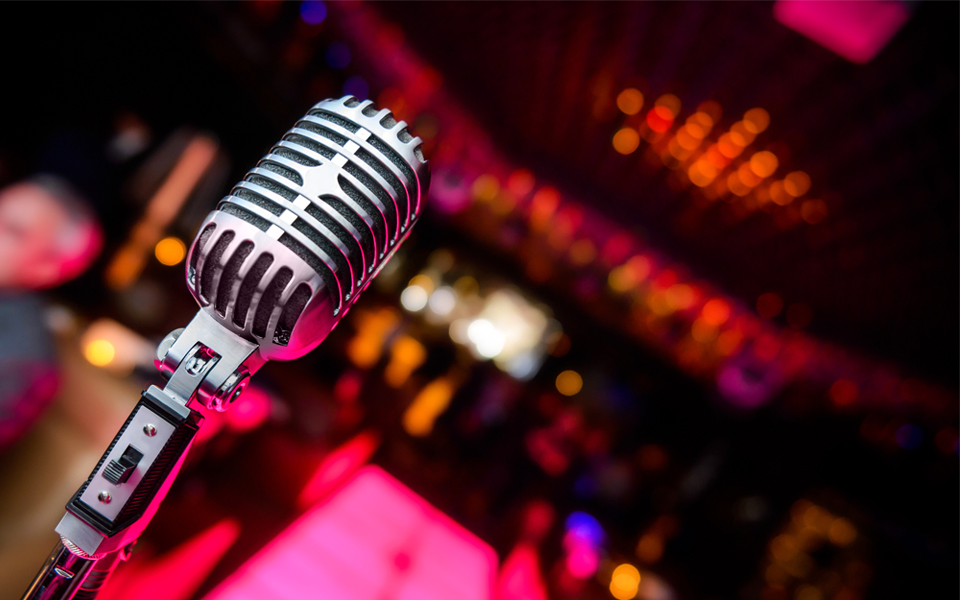 Be a Rock Star for Five Minutes

You don’t have to be drunk or a pro to sing on the live stage of Ghost House Karaoke Bar.

There are many bars in Athens and around the world where no one dances. They tap their feet to the beat, lean in to talk to the person next to them, the music is too loud, no one can hear anything and everyone just goes “Yes, yes, ha ha ha!” pays and leaves.

It has happened to even the most shameless dancers – you arrive at a venue to discover that the atmosphere saps your courage to hit the dance floor, so instead you spend your evening people-watching.

If there were a list of carefree, fun-loving bars that are jam-packed and where even the most awkward person couldn’t possibly feel like a weirdo, Ghost House in Psyrri would most definitely be on it. It has a very theatrical oriental loft, where you imagine a harem of voluptuous dancers may appear at any minute, until you’re reminded that this is the place to be for karaoke.

Every Friday, amateurs, professionals and hobbyist singers find an audience here. On a lively stage you can watch mini performances of all kinds of music – if the karaoke version exists on YouTube, it’s available to be murdered. Or, instead of just watching, you yourself may wish to put on a show. Here you have it all: excellent acoustics and a microphone, autocue for the lyrics and a large banner with a projector behind you, so that the whole bar can sing along.

One entering, you will probably think “Me? No way.” That’s exactly what I thought when I first arrived at around 23:00. The place was already full and two girls were on stage performing a Queen song with an attention-grabbing dance routine. The audience applauded loudly. Shortly after, a long-haired guy took to the stage to sing an Animals hit better than the Animals themselves. 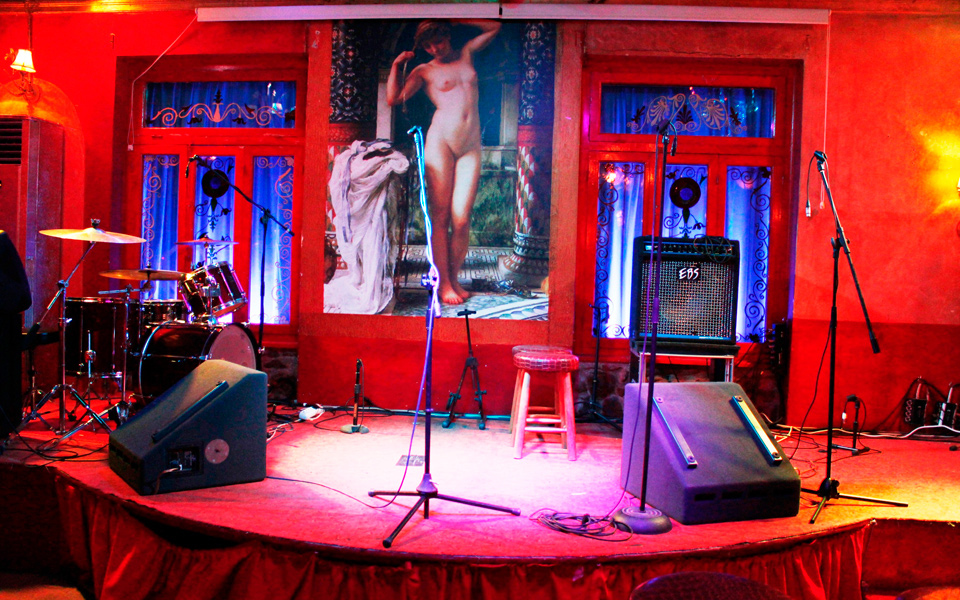 This was followed by another group singing Happy Birthday to their friend celebrating her special day. Normally at a karaoke bar, the microphone passes from one performer to the next like a hot potato. At Ghost House, you wait your turn to sing for quite some time. Hardly anyone goes just to watch. Even the most timid get up on stage because the audience is open to all types and to all voices.

Nobody is ever booed, maybe because everyone eventually finds themselves on stage. Audience and performer switch places every five minutes. Before you get to judge what you’re seeing and hearing, you find yourself under the spotlight too. The applause, of course, always shows who the audience liked most, and at the end of the evening, awards are given for best voice, best stage presence and the “Whatever” category, which goes to the worst singer of the night and is named thus so as not to hurt anyone’s feelings. A plus point is that the performances are all recorded and uploaded onto their YouTube page and on the GHOST HOUSE Facebook page. Mercifully, no names appear with your performance.

Booking a spot is easy. There’s a guy at the back of the room with a laptop, whose voice fills the gap between performances like a radio DJ and announces who’s about to go on next. You request your song, go back to your seat and wait for the big moment when you hear your name announced triumphantly, as if everyone present came only to see you perform that night.

You take a big sip of your vodka and pray that you don’t start screeching because you don’t know the dynamics of the microphone; you hope you don’t run out of breath dancing and that you won’t sound too awful… and then on stage, it all melts away.

I don’t know if it’s the vodka or the dazzling lights which obscure the audience but when you get up there and the music starts, for those five minutes you are the center of attention for some 100 people and yes, you feel like a rock star. Whether that’s something also shared by those watching can be analyzed the next day by watching yourself on YouTube. Or not. Keep on rocking!

There are no ghosts; the name came about because when the bar first opened 10 years ago, the owner did almost every job himself – waiter, bartender, janitor – and everyone called him “the ghost” because they couldn’t understand how he could be everywhere at the same time.