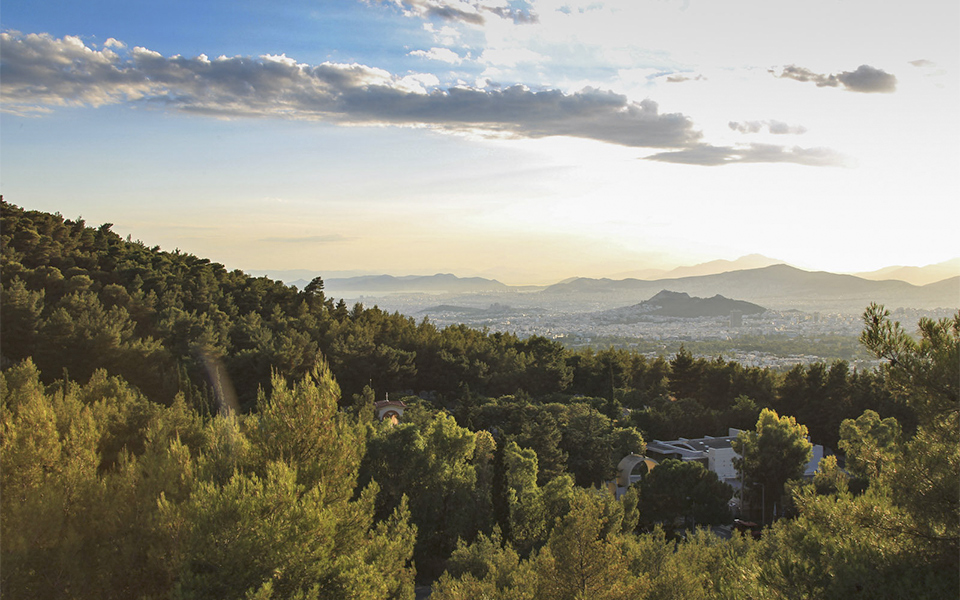 An Ode to Hymettus, the ‘Mad’ Mountain of Athens

Of the peaks that surround the Athenian basin, Mt. Hymettus is probably the least celebrated, yet it’s slopes are shrouded in magic and mystery.

Is magic a prerequisite to a city’s greatness?  The most savory urban recipes do tend to have their share of secret ingredients. These are almost never easily identifiable, and certainly not verifiable, although sometimes you can smell them. I think of Catherine Deneuve, who once in song gently entreated lovers of her city to “breathe in a bit of dust from the métro, but not too much, for Paris would lose her soul.” 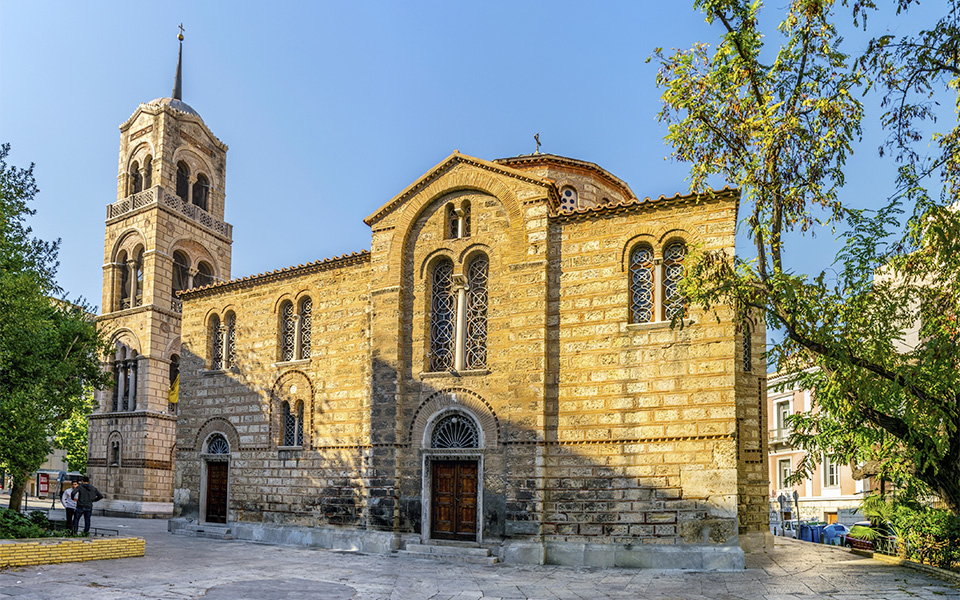 Sometimes, depending on the view from your window, you can see the stuff I’m talking about. The first time I woke up alone in Athens, that is without the comfort of friend, family member or any other, I was staying in a hotel room high over noisy Filellinon Street opposite the Russian Orthodox Church, near Syntagma Square. I had forgotten to close the shades at night, so very early in the morning something strange happened: an orange-pink light poured into the room, waking me up. I tried to discern the source—a neon sign, perhaps? But no, that would have been too simple.

It was dawn breaking over the top of distant Mount Hymettus, in a fusion of electric hues that handily outdid any Fourth of July fireworks display that I’ve ever seen (including some pretty spectacular ones over the Hudson River). The sky-sent colors tumbled down the slopes, halted only by the severe contours of the church, creating a neat urban frame for an otherwise totally celestial picture. And as I gawked, I thought about this unsung peak, which seemed perfectly unperturbed by the matinal drama despite its starring role in it. 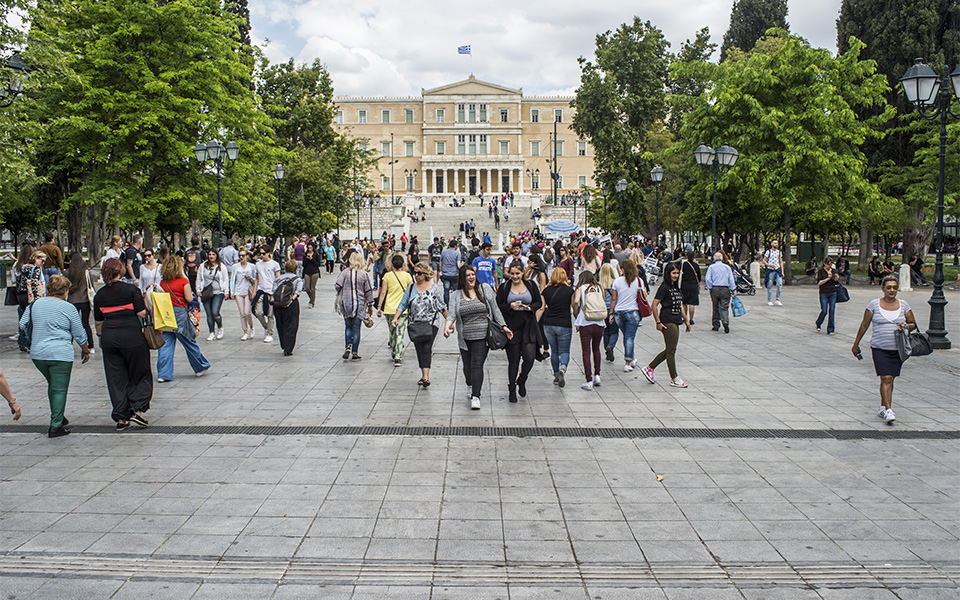 Victoria Peak, Table Mountain, the hill of Montmartre: why do Hong Kong, Cape Town and Paris get to be defined by their signature summits but not Athens by hers? Oh I know the obvious answer which is also the most sublime of ripostes: Athens has the Acropolis. At this point I should probably shut my mouth. But Mount Hymettus deserves some love too, and maybe even veneration, because it belongs to Athens every bit as much as the sacred rock itself. Indeed there was once a temple to Zeus Ombrios (Zeus of the Rain) up there, but that’s not the only reason.

There is evidence to suggest that the mountain, which at 1,026 meters is almost seven times higher than the Acropolis, was crucial to the survival of ancient Athens. Walk around the Plaka district on any given day in July and you’ll fast appreciate how vital a steady supply of drinking water was in these parts. True, there were some springs at the Areopagus hill and elsewhere around the Athenian basin, but they weren’t enough.

Water from the Ilissos River, with Mount Hymettus as its source, was channeled into the Pelasgiko Aqueduct and is what truly quenched the Athenians’ thirst. According to the Athens Water Supply & Sewerage Company (EYDAP), the ruler Peisistratos had an underground aqueduct built between 540-530 B.C. Nearly 3,000 meters long, it collected water from Hymettus and kept the fountains of the expanding city-state flowing. 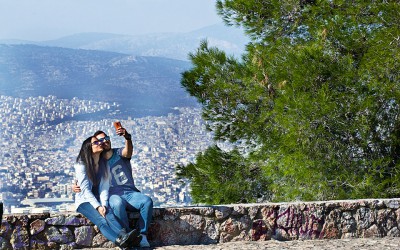 The mount is not to be trifled with: if its lump-like outline is suggestive of Ayers Rock, it is still bigger, stretching 16 kilometers (nearly 10 miles) from Athens to the Saronic Gulf which when you think about it is kind of crazy. And is perhaps why the mountain is also colloquially known as Trellos, or “the crazy one.” She (he?) will not wow you like the improbable projection of Mount Lycabettus in the middle of the city, but its discretion is part of its power.

Some of its limestone slopes are pine-clad and others largely barren, but all are unmoved by the clamor down below, whether it’s the hordes of Parthenon Instagrammers or the sundry antics of aspirational Athenians like myself, swooping from one spot in the metropolis to another like a monkey from vine to vine. Gaze down Ermou Street from its eastern terminus and you see it soaring above parliament – whatever political fireworks are going on inside, the mountain of mountains simply cannot be bothered. 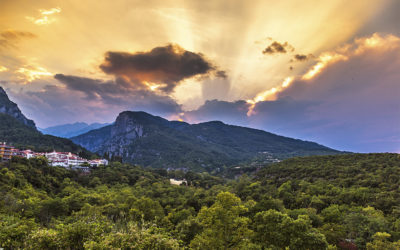 On a clear day you can see Mount Olympus from the edge of the Thermaic Gulf in Thessaloniki but I have to admit this fact makes me slightly nervous; should mere mortals be allowed to gaze so easily at the known lair of the gods?

Hymettus may not be quite the incubator of myth that its northern cousin was fated to be, but it certainly does its part to protect it. If Piraeus historically had Athens’ front, you might say Hymettus had its back, because it was its back. And the military base near the Evzonas summit exists for more reasons than the killer views of the teeming metropolis. 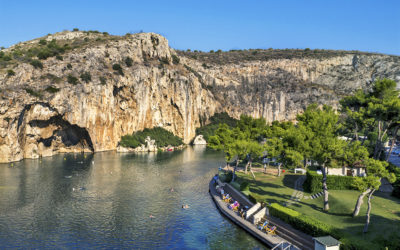 So yes it’s a literal heavyweight, this most Athenian of mountains. It broods. Even its most celebrated spot, Lake Vougliameni, has an air of dark mystery about it. This brackish lake is at the western terminus of the mountain where it meets the Attica coast and was underground until an earthquake a very long time ago caused the roof of an immense cave to essentially cave in.

The full extent of the cavern has never been ascertained but it is said to be vast, the forceful underwater currents feeding not only the water supply of the lake but also, depending on who you ask, powering toilets in places as far away as Mykonos. And if you never know quite what to believe about Mount Hymettus, well, that’s part of the magic, is it not?