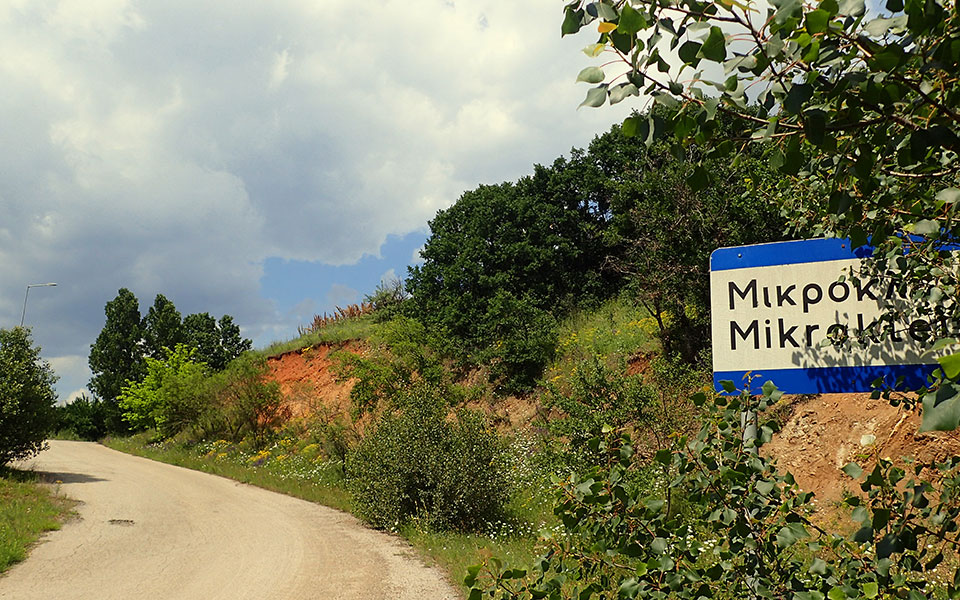 The feast day of the church of a Greek village is not just the main event in the year’s social calendar; it’s a time to revive memories, to celebrate family and traditional culture, and to preserve this heritage for generations to come.

As farming and raising livestock became less viable options for many, small villages built around these livelihoods suddenly became much smaller. Nearly a whole generation left, some for Athens and Thessaloniki, in search of work. Many others went farther: to Sweden, Germany, even Australia or North America, to return only rarely. In this context, the feast day of a village means a lot. 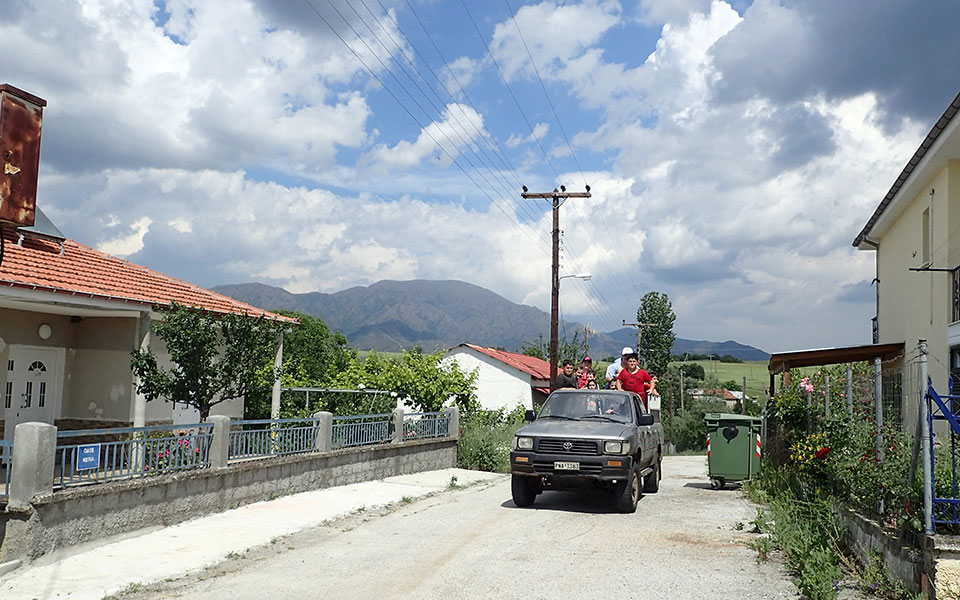 My father in law’s village is such a place. Only a few of the houses are used year-round now, with a few more open in the summer months. But for the celebration of Aghia Triada (Holy Trinity), the village’s church, cars of families coming from Athens, Thessaloniki, and the nearer large towns of Grevena and Kozani crowd the village’s streets.

Mikrokleisoura doesn’t look much like a traditional village; the houses are new, built after an earthquake in 1995 destroyed the old ones. And even these were not very old by Greek standards. This is a Pontian village, settled in 1924 by a few of the many families who left Evci, a large village in Asia Minor, during the population exchange between Greece and Turkey, along with hundreds of thousands of other refugees.

Our family patriarch was one of the last of these original settlers. He passed away only a few years ago. A memorable icy day once found us all huddled around the stove, and he began to reminisce. His account of their journey unfolded over an afternoon. He had been a young man at the time, and recalled it all with absorbing detail. They had come ashore in Patras, after a sea voyage of misery, but they were still months upon months from what would come to be home. They didn’t even yet know where a place to call home might be found. They were shepherds; Patras wasn’t suitable for this. Neither were Piraeus or the city of Ioannina, where they went next. 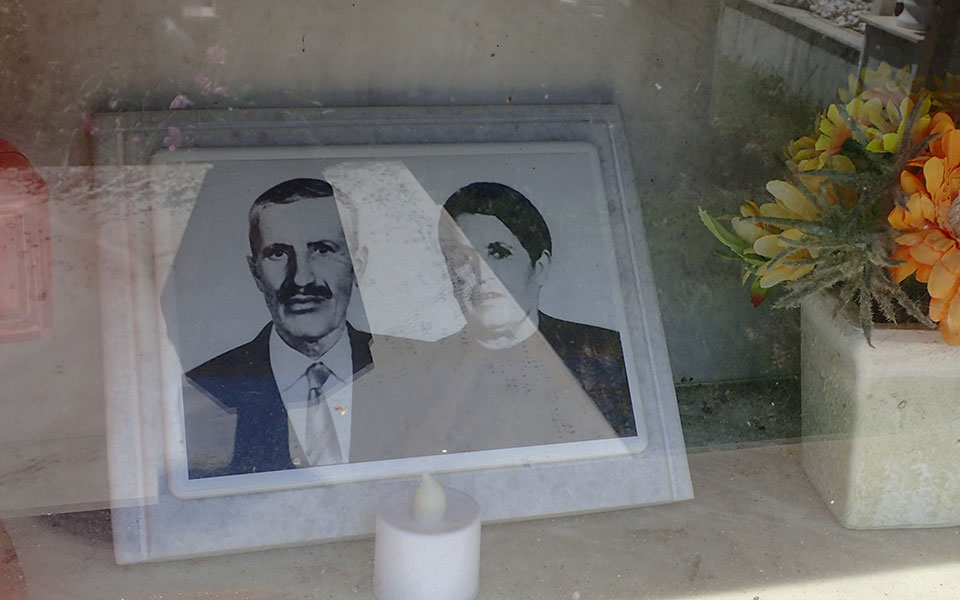 The heads of three of the families had taken it upon themselves to find the ideal place to resettle. They finally saw what they were looking for in a remote mountainous area near Grevena. There were hillsides for grazing, fields for growing wheat, and a spring of abundant fresh water. This was a place they could rebuild the life they once knew.

Now, at the table, the oldest uncle of the family continues the tale for us. We’ve heard stories of the village’s early days – character building experiences, like how my father-in-law and two other boys would walk for five hours through the snow to a bigger town – Siatista – so they could attend high school. (“But how is that possible? Every day?” An aunt clears this up: “No, no. Just once a week.”). Along with inspiring stories like this, there are very dark ones – about the Germans, about the civil war.

We want to know about the beginning of Mikrokleisoura, and everything since. The story starts before he was born, but he knows it well. “It was just a camp of tents at first, just as they had been living for months.” In the early days of summer, the swallows are chirping and the grass is high. But the climate is not always this gentle.

“That first winter was hard. Within a year or so though, the government had built a simple house for each family – two or three rooms and a storeroom.” It would have been crowded. Families were large, which was a blessing; to make a life here they needed as many hands as possible. He’s deeply sentimental about this rough era: “We didn’t have much in those days. And things got worse when the Germans came. But there was a lot of love. A lot. We all helped each other make it through together.” 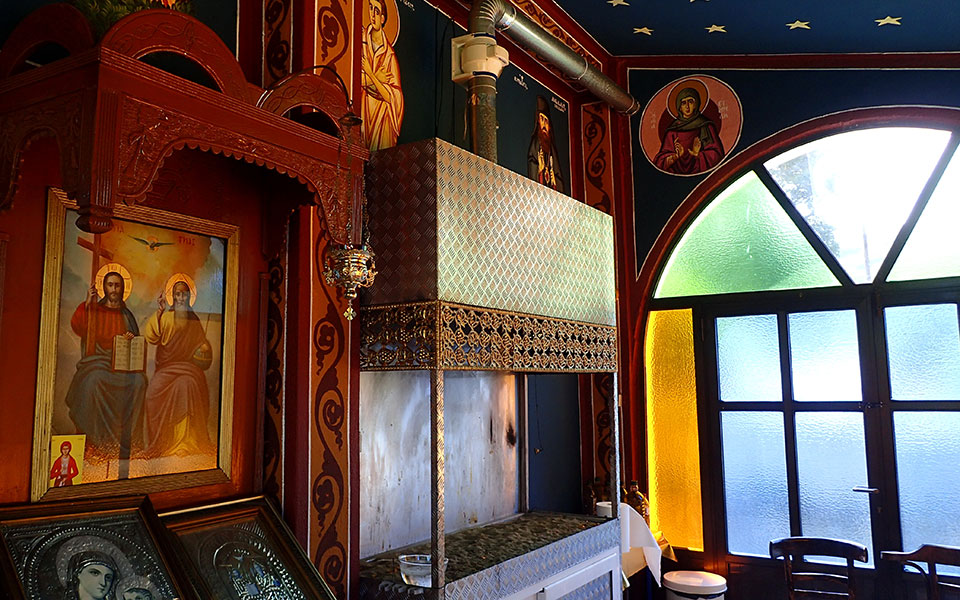 It wasn’t all work – they had their education, too. Whoever knew a little reading and math taught the children until a grade school was built and a teacher was sent. “Then, we gradually became more bilingual” he says, “Pontic at home, and Greek at school.” They may be the last bilingual generation; the language – which has kept something of ancient Greek – is not so commonly used anymore.

The culture is thriving though: Pontians dearly love a good time – perhaps one of the secrets to their resilience. Their culture has stayed strong through its zesty cuisine and its fast, stirring traditional dances and music. “When we went to Sweden to work, there were about twenty of us – we brought our music and dances along. We had one of the most active Pontian social clubs in Sweden.”

Music and dance were also the focus of the “panigyri”- the party on the eve of the church celebration. We feasted on peppery roast goat – eating it with our hands off of plastic plates in the darkness. 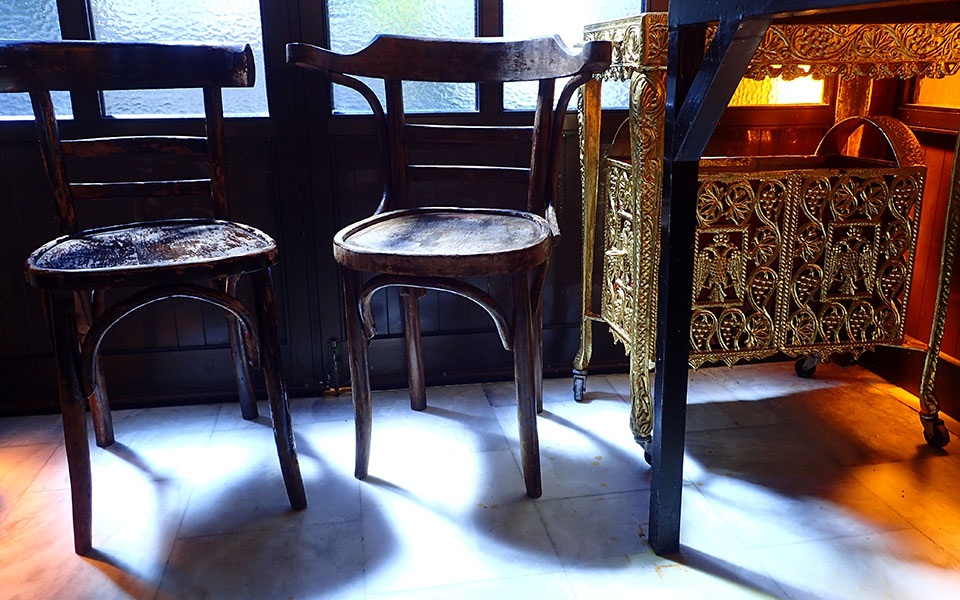 Family lunch after church the next day is rustic too, and entirely local: the goat is from the family’s own herd. So is the goats’ milk feta, extra sharp, with a wild, gamey edge – just how the Pontians’ palates like it. The mountainous area’s flavorful potatoes nearly melt in the fat of the roast. Tomatoes and cucumbers were picked from the garden next to the table. The wine is homemade – potent, rough and dark, with a lingering sweetness. Only the beers, the salt, and the olive oil on the salad are from a store (there are no olive trees here; lard is the traditional fat of the village, key to the flakiness of their pies).

While we’re eating, we talk about other dishes. Some are their indigenous versions of dishes popular throughout Greece, like “gemista” (stuffed vegetables) and chicken pilaf – both dishes popularly made with rice. Here, since they had no rice and grew their own wheat, they’re made with bulgur. The youngest generation, living in an era where rice is abundant everywhere, still enjoys the dishes this traditional way. Other dishes are specialities of their own cuisine, like “sourva”- a cold soup of thick tangy yogurt and cracked wheat, garnished with fresh mint fried in butter.

All this feasting and reminiscing make for high spirits. What’s more, a happy omen with a long tradition ends our meal: Our uncle examines the scapula, a triangular bone from the goat’s shoulder, and then holds it high with delight. Its diaphanous center is pure white, unblemished by shadow. Good times are ahead.