Hometown Update: Where to Go in Aegina This Summer

As opposed to wintertime on Aegina, when one must seek out the few pockets of life on the island, in the summer, the trick is the opposite: knowing where to avoid the crowds and which of the fully seated places are the best.

While not crowded to the extent of the more famous island destinations, most beaches, restaurants and bars are busy – in August, part of your day is often dedicated to waiting to be seated and to nursing your wounds from the previous night (the odd cigarette burn and injuries from other people’s high heels). However, there are still plenty of reasons to visit Aegina in the summer.

Close to Athens (35-85min from the port of Piraeus), the down-to-earth and casual frequency in which the locals live their lives is generously peppered with trendy hot-spots, some new ones every year, partly there to cater to the Athenians that flood the island during summer. The final impression? A perfect mix of budget-friendly island charm and quality hangouts. 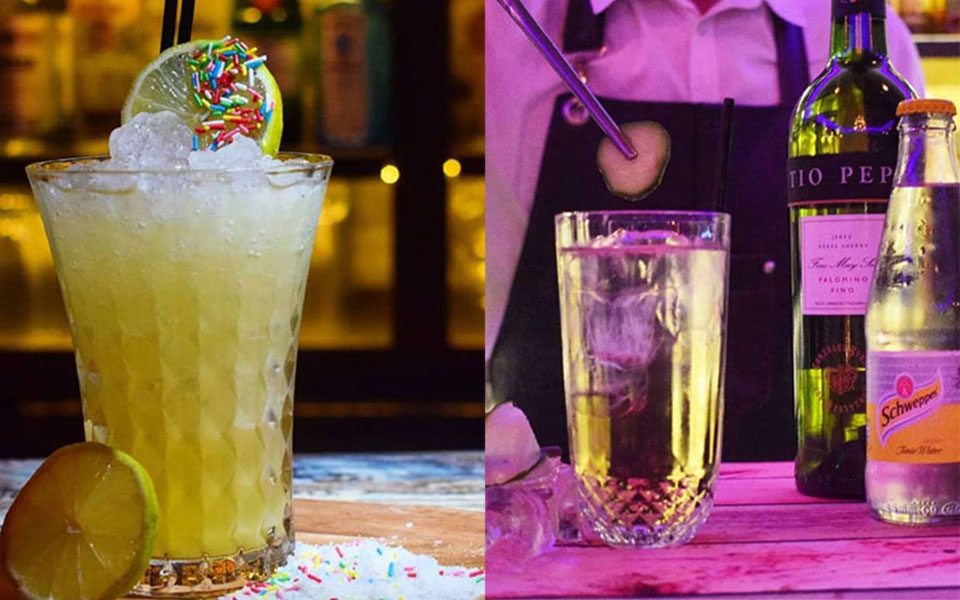 The café/bar Oinoi (29 Dimokratias Avenue) in the port switched owners this winter, and immediately turned into a hotspot. It’s one of the few places in the port that isn’t covered by a pergola, which is nice, and the staff is quick. Expect mainstream music and dancing – sometimes. The cocktail menu was created by Thodoris Pirillos, head bartender at the famous Athens bar A for Athens. I’ve tried the Spicy Margarita, which was perfect, and the Fassionola Swizzle, which tasted like a liquid lollipop (sweet for my taste, but my company loved it). 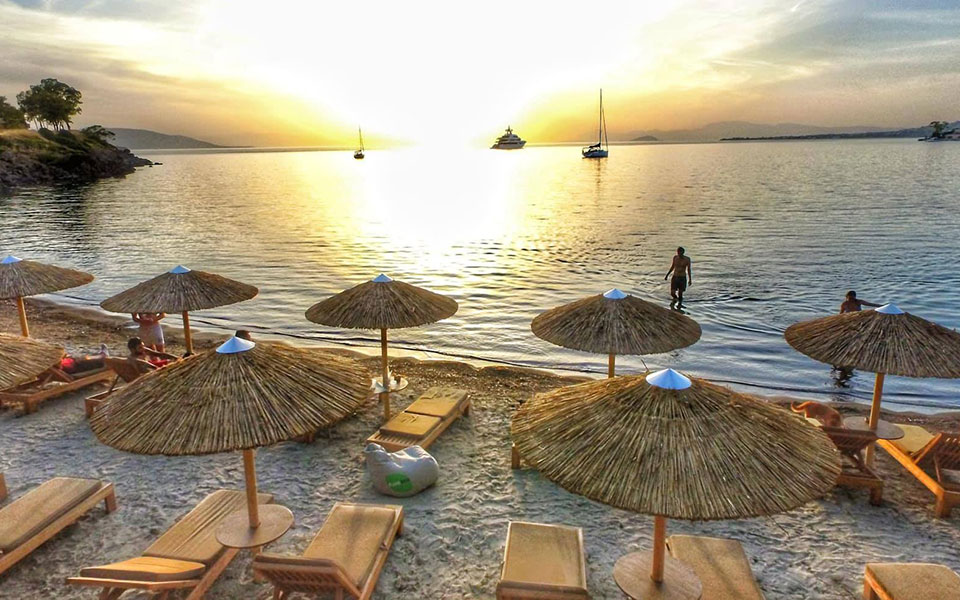 And the newest beach bar

This summer, the beach in Aiginitissa is drawing big crowds thanks to the overall luxury feel of the new beach bar, Fyki (in relation to other beach bars on Aegina, that is – don’t compare this to Mykonos). Locals may only visit on rare occasions, but its fast becoming the go-to beach for many Athenian regulars.

The bar and restaurant, all-white and chic looking, features a cocktail menu created by talented bartender Dimitris Papaioannou, from El Jiron in Athens, and Mediterranean dishes such as crab orzotto and skioufichta macaroni. Also notable is the local geremezi soft cheese with tomato jam. Pricier than other organized beaches on the island, they charge 10 euros for a pair of sun beds and an umbrella for the day.

Where the locals eat

Aegina is not my summer home. It is my home. It’s so close to Athens that I can work in the city and still spend half of the nights on the island all year round. When you’re used to the calm of the winter, the summer flood of people can be overwhelming, and I tend to avoid the summer hotspots and retreat back to my winter favorites. These places, which are not dependent on the summer crowds, are less touristy, with more authentic cuisine.

To completely avoid the buzz of the town, I go up the street from my house to Vatzoulias (Afaias, Agii Asomatoi). This small neighborhood taverna opens only in the evenings on Wednesday, Friday, Saturday and Sunday, and serves only a few, hearty dishes. Try whatever’s served with the long macaroni. 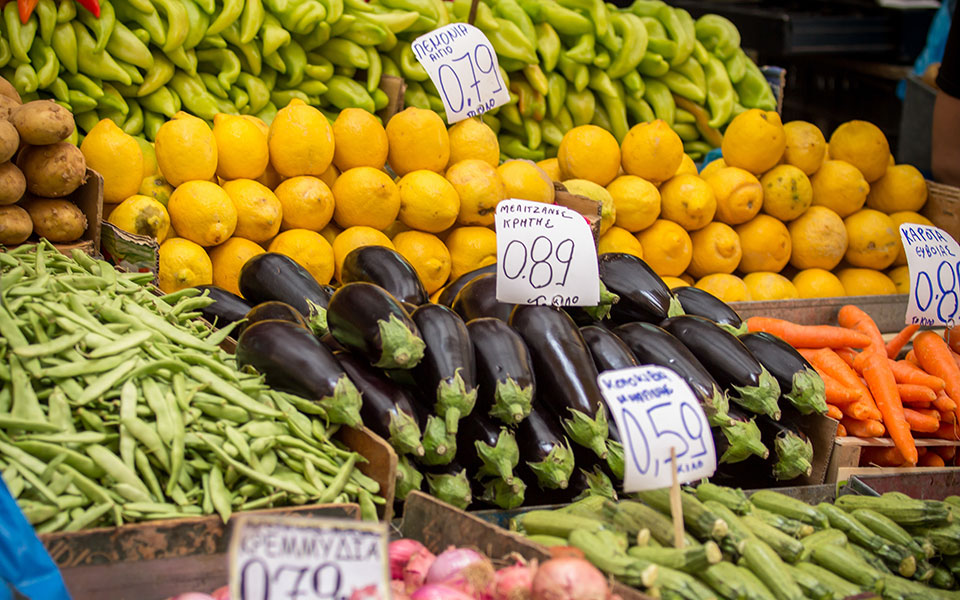 I love the charming fruit boats in the harbor like everyone else, but the best produce is actually found at Lazarou (12 Faneromenis). This grocery cares for their produce in such a way that you’ll rarely find a bruise on an apple, and never a cherry gone bad. You’ll tell the difference from the flavor as well.

While this phenomenon exists, and makes summer nights last longer all over Greece, the locals in Aegina really LOVE their open-air cinemas. There are three: Anesis, Olympia and Akrogiali.

I love Akrogiali (Toti Hatzi & Alkiviadou) the most, because of all the lush vegetation in the theatre. We locals often bring our own souvlaki to enjoy with a cold beer. To find out which movies are playing, check out the boards next to the ticket booths in the port. Don’t forget mosquito repellent.