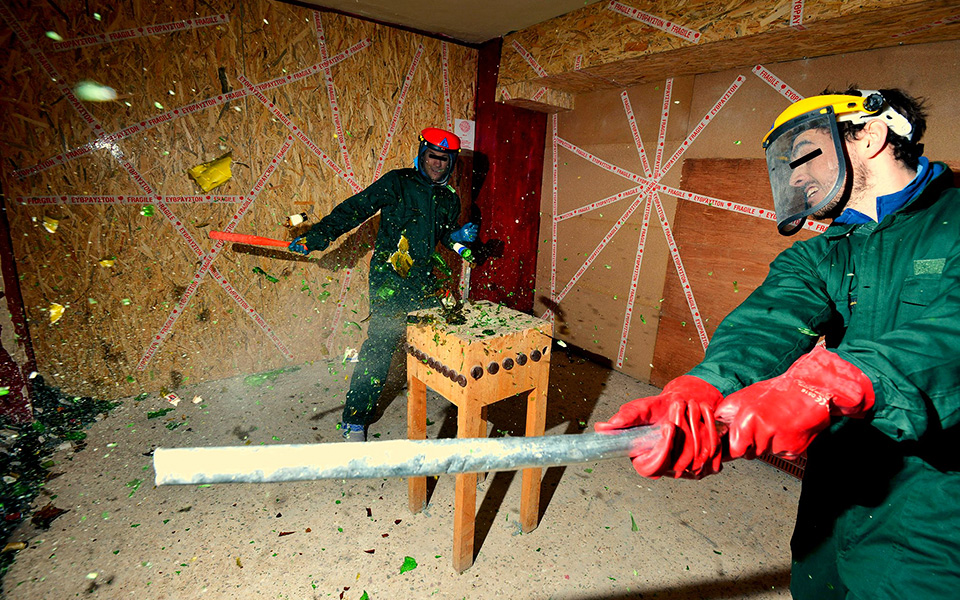 You’ve had a bad day, you’re stressed out and you just want to smash something and scream your lungs out. Normally, such behavior would get you committed. Now visitors to Athens and residents alike can get as destructive as they like thanks to Limba, the yellow and blue rage room that takes its name from the Greek slang for total destruction.

So-called ‘rage rooms’ have been around in other countries for several years, but Limba is a first for Greece. Opened only a month ago, its creation was inspired when founders Spyros and Elena saw the concept on a holiday in Argentina and figured the could make it work in Athens.

So far, business appears to be good. The idea of being able to smash whatever one wants without consequences has enormous appeal, especially for visitors to the city. “We’re the only rage room in all of Greece,” Spyros explains. “The Greeks come and check it out, but it’s the foreigners who are visiting the city and who know they’ll leave soon really go for it.”

Some clients treat themselves, while others are given smashing sessions as gifts. Just the day before my visit, Spyros tells me, a woman called to book a session for her sister who is coming to Athens on holiday.

“Mostly people do it because it’s fun,” he says. And in a world where we are constantly expected to hide our crazy side, I can understand why. All of us remember our mothers whispering threats into our little ears, warning against touching anything in museums or shops lest we break something. After a lifetime of such conditioning, the concept of being given carte blanche to wreak havoc is liberating – perhaps even more so at the end of a sightseeing holiday after being bombarded with the message “Do Not Touch”. 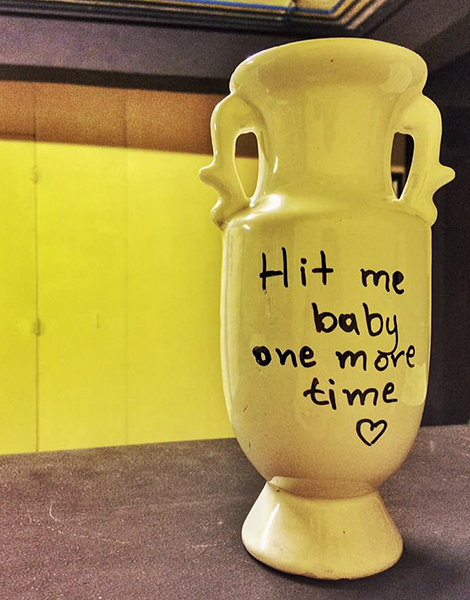 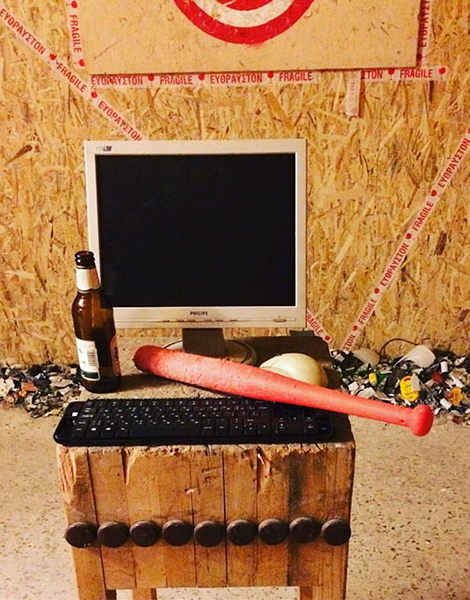 The concept is poetically simple. You pick out a selection of destroyable items from a menu, choose the music for your mayhem and get locked into one of two soundproof rooms to rage to your heart’s content. “We don’t disturb you once you’re in there. You can take as long as you like.” says Spyros. Protective clothing, gloves and a visor are provided.

I’m sold. Options for what to destroy start at 5 euros for eight bottles, to which you can add extras like mobile phones, computer monitors, plates, keyboards, radios, wine glasses and TVs. The most popular package includes 10 wine bottles, a large, old-style TV screen and a surprise mystery item for 20 euros. The deluxe package costs 100 euros and includes a bit of everything.

Even the waste-conscious can smash without guilt: Spyros says that all of the items come from a recycling center, and the debris is collected and returned to the center.

As I’m putting together my ‘menu’ of smashables, a smartly dressed man in a business suit enters, briefcase in hand, and asks about the whole thing. After chatting for a few minutes, he says he will come back later in the day after work. Is that unusual? Spyros shakes his head. Rage rooms appeal to all ages and types. Limba’s past clients include a child of only six accompanied by his parents.

I slip into my overalls, put on my gloves, lower the visor and get ready to destroy things, picking soothing classical music to play through the speakers as I do so. It’s far from a unique choice. According to Spyros, nearly everyone chooses classical music although he’s not sure why. “It must be something about the chaos juxtaposed with something civilized.” he says.

Clubs, hammers and metal bars hang from a wall when I enter the room. I choose a baseball bat, and before long I am breaking, smashing and bashing with all my might. It’s unbelievably cathartic, and once I’ve smashed the larger items, I get to work smashing the broken parts into even smaller pieces. I start yelling. It doesn’t matter, no one can hear me. The face of a curious potential client appears at the window, so I set out a wine bottle on a wooden block and make a grand show of swinging at it with my bat. It explodes into hundreds of pieces. Then the next bottle, then the next. By the time I’m done, I feel fully refreshed and deeply satisfied.

Limba is open everyday from 2pm to 10pm, including weekends. You can book a spot in advance by contacting them through their Facebook page or just turn up – although be aware that since it’s located in a popular bar district, it gets quite busy from 6pm until closing time with customers queuing up to live their anarchic fantasy before hitting the bars for a drink.
6 Pittaki Street, Psyrri, Tel. (+30) 211.406.5700