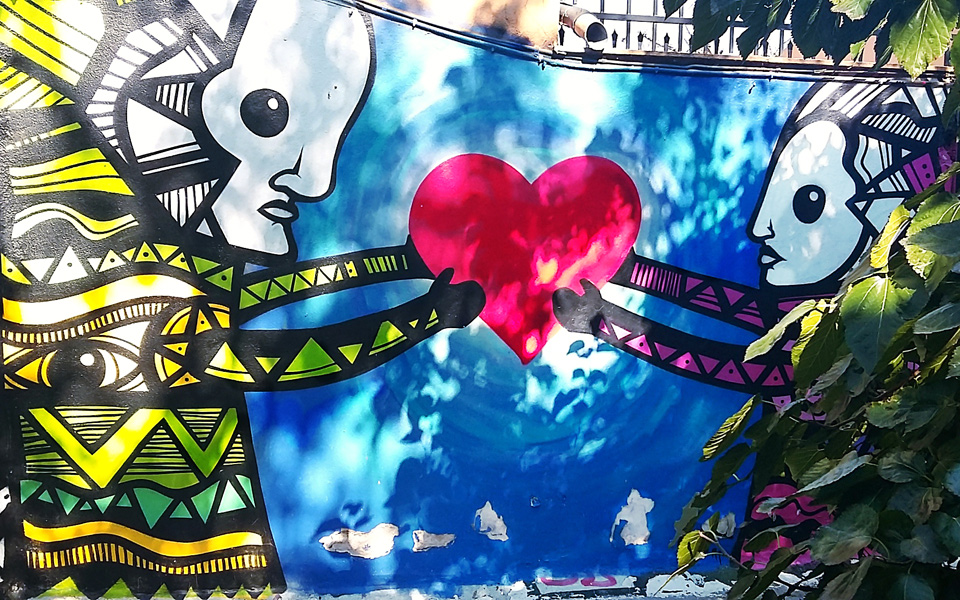 So here I am, on a sunny day off, wandering around the Plaka area in central Athens, taking photographs, talking to stray cats and dogs and listening to my music. A day to myself, one might say, during which I happen on a wall bursting with creativity.

A striped, black-and-white tree, against a backdrop of purposeless scribble, dominates this wall. For some reason, it all makes sense and sets up a grungy, pop-cool painting. You’ve got to love it.

And there’s more street art nearby: the ubiquitous tagging, several creepy laughing faces and three characters whose heads seem to be on fire. Coincidentally, someone has dumped a pile of cut branches right in front of these combusting figures, adding to the impression that they are atop a bonfire. Oddly, I enjoy the feeling it generates. 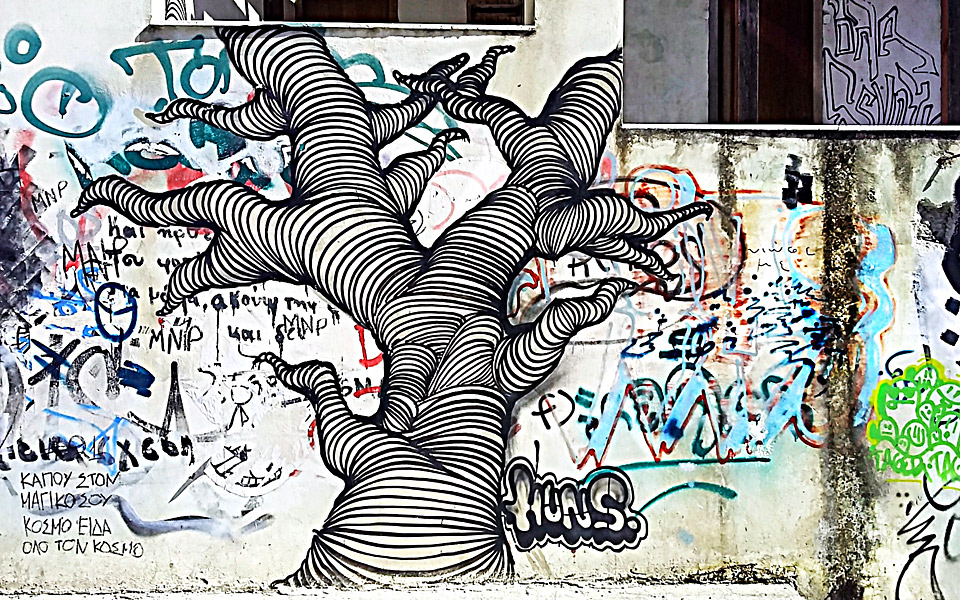 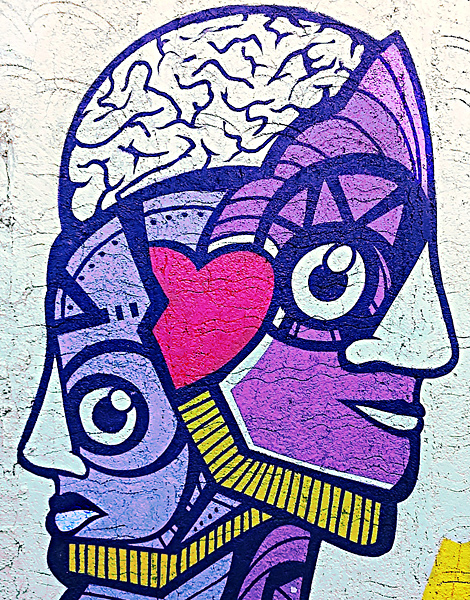 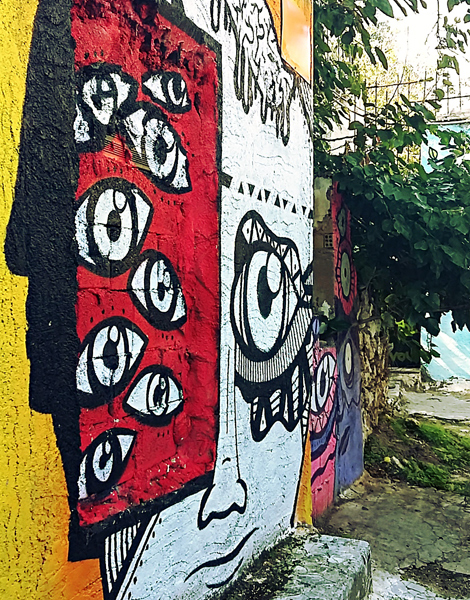 After gazing at them all for a while, I decide to continue on my carefree stroll. Down a very narrow alley I take a right that leads me to a dead end and a chance encounter

with some spectacularly colorful walls. On these random surfaces in this secluded spot in the enchanting Anafiotika area, someone has decided create a freelance street art gallery.

The alley begins with some fairly typical street art but continues with a series of fascinating surrealistic images. Faces are portrayed in numerous ways and colors, revealing this artist’s specific focus: the human eyes, heart and brain. 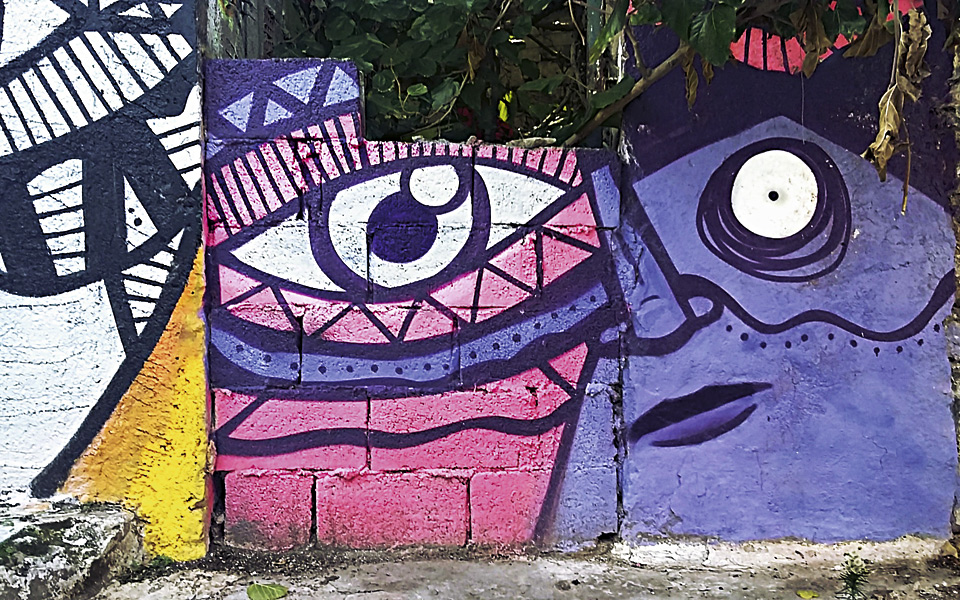 Texts about politics, art and love are written all around these images, which are colored in purple, red, blue, black, yellow, fuchsia and white. In one, a man hands his oversized red heart to a woman while in another a man presents a flower to a woman.

Clearly a romantic who also appreciates logic, the artist is fond of large brains and enormous staring eyes, organs that observe, analyze input and partake in logic.

For some reason this place overwhelms me. I don’t know whether it’s the strong colors, the themes or the fact that the artist is actually aiming for just that: to mix and match emotions with logic. To make an impact through the eyes, heart and brain at once.