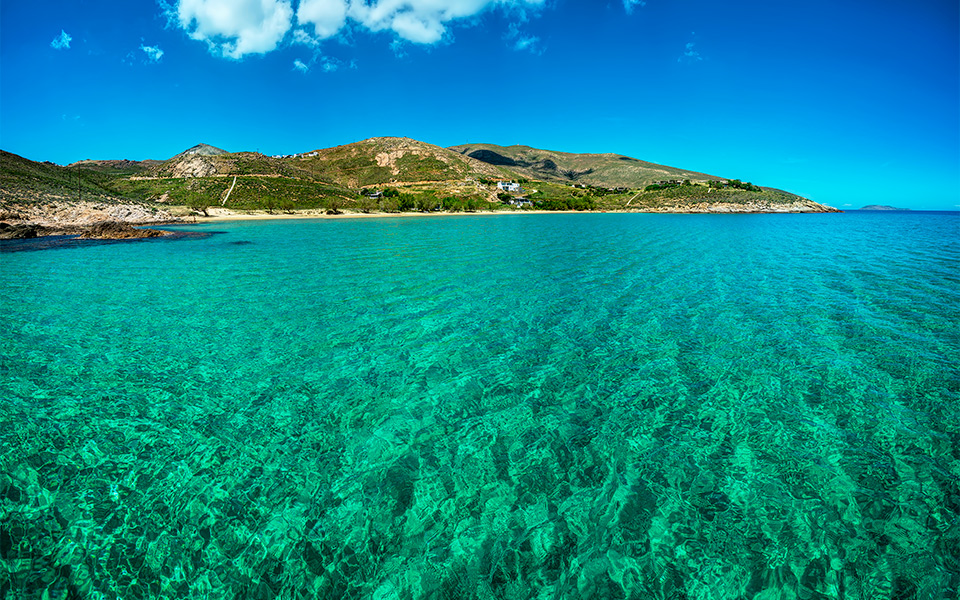 The Exciting Adventures of A Novice Sailor in the Aegean: Day 5 – Serifos

Our intrepid budding sailor masters the art of tying knots (sort of) and experiences magical moments on the Cycladic island of Serifos.

(If you’re catching up here are the first and second instalments of this series.)

With sailing you can harness the elements but you cannot control them. There is hardly a breath of wind as we set off for our next island hop this morning. So we motored southwest to Serifos, a trip that would take approximately four hours. As we cruised we lazed on deck hoping to spot some dolphins during the crossing. Scanning the water around us excitedly, we waited for our mammalian friends to make an appearance. Alas it was not to be, and we joked that they didn’t like the Finnish and Swedish indie music playing on the boat’s sound system. 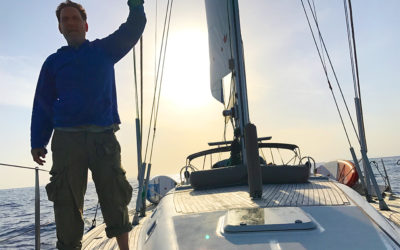 On the deck of Big Blue / Credit: Personality Journeys

…Or in my case “Knot not good, sorry dad!” My Father has tried teaching me knots throughout my entire life to little success. But as I learned from Angela, the Antipodean engineer and fellow shipmate, engineers have a sage old saying: “if you can’t tie knots, tie lots”. This made me feel rather better about my knot incompetence, because that’s exactly what I do!

During the crossing Giorgos taught us the reef knot, figure of eight, the clove hitch, lock and turn and the intimidating bowline. Former girl guide Fanni led the pack with her speedy dexterity, and after my initial hesitancy (and not a few attempts of twisting and looping), I finally managed to tie all of the above! 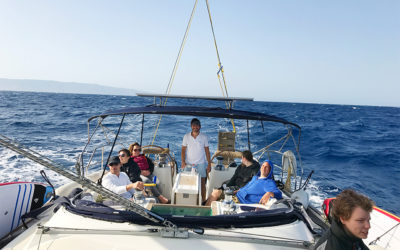 We headed for Psili Ammos, one of the best beaches on the island, the next bay up from Serifos’ main port of Livadi, and dropped anchor. I had swum at this beautiful beach a few years ago and remembered how, upon seeing sailboats cruising in, I’d wistfully wished I was on one of them. Now I am!

But not for long, as I soon plunged into the refreshing turquoise water. As I did so, from the corner of my eye I caught sight of a dark brown shape also diving under the surface of the sea. Perhaps it was a monk seal, another seafaring mammal that resides in the Aegean? I treaded water softly and excitedly, waiting to see if it would make another appearance. When it did I realized it wasn’t a seal but a shag, a long-necked sea bird hunting for breakfast. 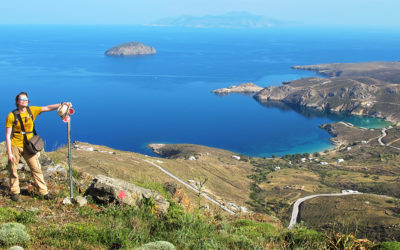 After all this, I couldn’t imagine that the highlight of my day was yet to come. The starting point for our trek was Kalitsos, which as its name in Greek indicates (meaning most beautiful), is a stunning whitewashed village with captivating views in every direction. Standing at a door like a part of the scenery, was an old lady, Miss Fotini, who upon seeing us, insisted that we all drink a big glass of ice cold water before setting off on our hike. This order came again as we reached the next little alley, but we politely declined as we were already refreshed and raring to go. 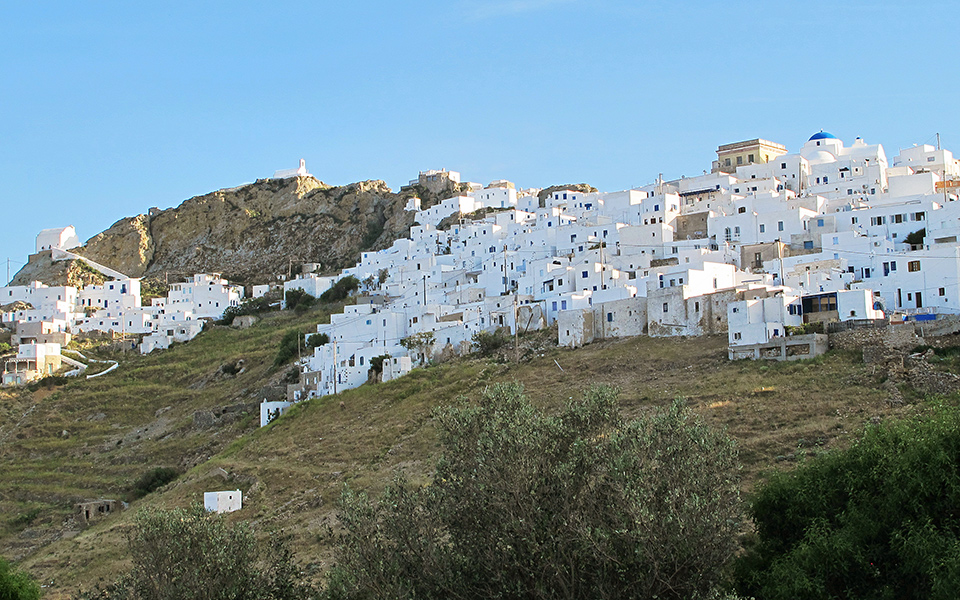 Hiking through the countryside, at some points the wild flora was so dense we had to wade through it in places, but once at the top of the hill, the views were panoramic and we could see all of Serifos sprawling down to the sea, the island’s past etched into the hilly slopes. A landscape of meandering kalderimia (pathways), terraced farmland dotted with stone-built farmers’ and shepherds’ huts, the visible ruins of old settlements, gleaming white chapels and crumbling dovecotes (the legacy of the Frankish occupation). As the sun began to set we walked up towards the Chora of Serifos, a village that gives Kalitsos a run for her money as the ‘most beautiful’. It rises to the peak of a hilltop and is crowned by the churches of Aghios Konstantinos and a little further down Aghios Ioannis Theologos, said to be built over an ancient temple dedicated to Athena.

Soon we were winding our way through the narrow alleys of the island’s capital until we reached the central square, where the beige-ochre neoclassical town hall sits next to the large blue-domed white church of Aghios Antonios, denoting the official order of things. We plonked ourselves down at Stratos Café and ordered the sweet, lightly spiced and surprisingly strong rakomelo – made from the fiery spirit raki, warmed with cloves, cinnamon and a dollop of honey) which we sipped as we munched on honey-drenched Cretan-style cheese pies (Sfakiani pita), a perfect energy booster after our exhilarating trek.

Click here to read the finale of The Exciting Adventures of a Novice Sailor in the Aegean.