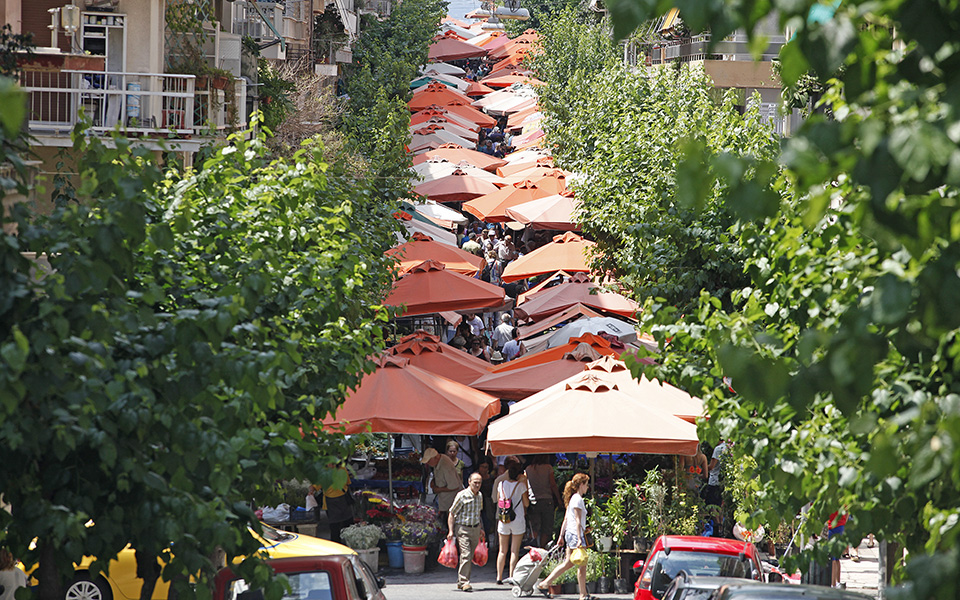 Learning to Laiki It: Getting the Best Out of Greek Farmers’ Markets

Actually, the best things in life are not free – you usually to have to

give a little of yourself in return.

Greece has plenty of gleaming international-style supermarkets where you can get anything you could ever want.

Unless, of course, what you want is a sense of connection. That you get at the weekly market, where relationships are as valuable as the produce and the fish.

Besides the central Agora, Greek neighborhoods and towns have “local agoras”- called “laikis” – traditional farmers’ markets with produce, fish, cheeses, wines and fresh flowers. These are usually held on a weekly basis on the same street, with the specific day depending on the area. (For instance one of the most popular in Athens is the laiki held in the district of Exarhia every Saturday on Kallidromiou Street.) 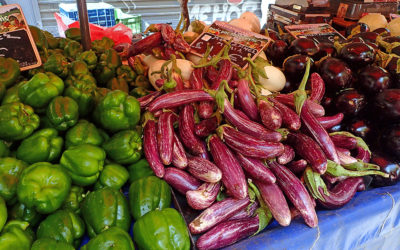 These markets may appear and disappear within in a few hours, but the relationships you build in them are long-lasting. The laiki is where urban neighborhoods become communities, and that’s a lovely thing to be a part of.

Like any worthwhile prospect, this requires an initial investment of time and effort. To distinguish yourself, you’ll need some tenacity to hold your own against the experienced matrons. Some courtesy – not always in abundant supply – also stands out. If you like what a stall has, say so. Good vendors are proud of what they are offering – after all, they very often grew it themselves. 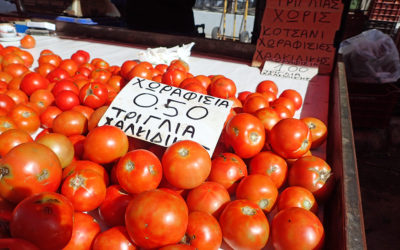 While you’re building a reputation, you’re also sizing up the vendors. Some you’ll adore. But breaking off relations with the exceptional few who are cheap, wily or rude, is not so much a right as it is an obligation. There are no secrets here. This is, after all, the agora – the stage of public life; you’ve got to play your part.

Building your relationships in the market can be a delicate business. For instance, there’s no rule that says you have to keep going to the same vendors. On the other hand, you’ve also got to be tactful. It’s like dating – three times in a row, and someone might get the idea that it’s exclusive (the older men can be particularly sensitive). You might have just one vendor for winter squash (mine is Miss Argyro), but several for apples – so you work some informal kind of rotation. One guy for instance has these lumpy, deliriously fragrant early-season tomatoes that cost twice as much as fish and I’m happy to pay it. His later varietals… eh, nothing special. But I buy some every now and then anyway – snubbing him entirely during the off season seems tacky. 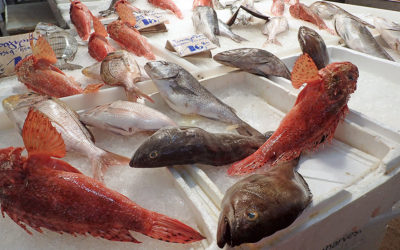 So how do you actually go about shopping at the laiki? Bring a tote bag, or even better a cart (the matrons know what they’re doing). It’s very easy to head to the market expecting to only pick up a few choice fruits and vegetables only to end up weighed down with many arm-wrenching kilos of glorious apples or oranges that you simply couldn’t bring yourself to pass on. And when the market’s winding down, huge sacks of whatever is at the height of its season are routinely sold for a euro apiece.

Most of the time, the shopper chooses the pieces. You don’t want to take any rotten fruits. But don’t be excessively picky either – leave some beauties for your neighbors. Watch a vendor carefully if he tops up your bag without asking you. That said, letting one of your regular vendors pick everything out for you can also be a good idea. They take it as a compliment, usually rewarding your trust with nicer pieces than you would have picked out yourself. 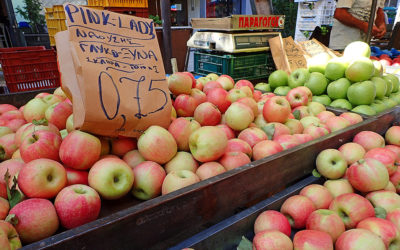 The trust you ultimately manage to build up has its other benefits: once, when my head was turned by an attractive price on some small red mullets – a great favorite at our house – the fishmonger meaningfully caught my eye. Giving a quick glance upward (the subtle eastern Mediterranean gesture for “no.”), he whispered “Not for you.”

Then, he continued to hawk.