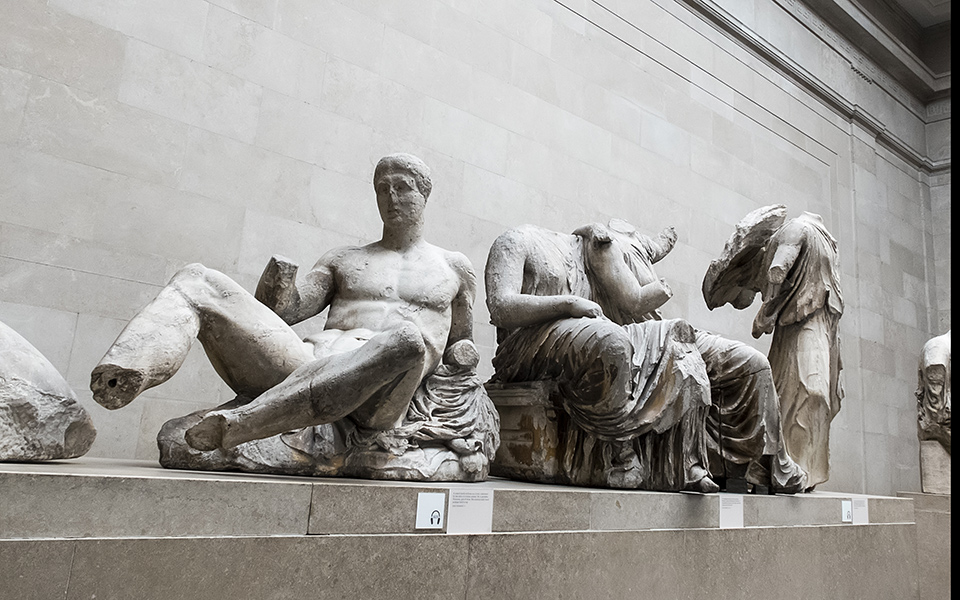 Doing the Right Thing with the Parthenon Marbles

The UK newspapers have all been buzzing this week with the suggestion that the British Museum may be ready to discuss the return of the Parthenon Sculptures with Greece. This all arose after the new chairman of the BM Trustees, George Osborne, said that there is a “deal to be done” over sharing these ancient treasures with the country of their origin. This comment was followed by an interview for the Sunday Times with the deputy director of the museum, who said that they are interested in an active Parthenon partnership with Greece and a “really dynamic and positive conversation within which new ways of working together can be found.” But what this actually means is very open to interpretation and time will tell if words become action.

For many years, I sat on the fence in the debate over where the Sculptures truly belonged. As a child I was regularly taken to the British Museum and marveled at the many majestic and ancient sculptures that towered above my head. I, like most British children of the 1960s, felt it was our birthright to walk through this imposing building and learn about the history and culture of civilization. It never crossed my mind (nor most people’s in those days) that many of those things were removed against the will of their countries of origin. The Sculptures were called “the Elgin Marbles” in those days (at least that has changed) and I for one happily believed that Lord Elgin (a man with a posh title, so surely an upright chap?) had “saved” the sculptures for posterity and brought them to England for a new audience to appreciate (because, surely, the Turks did not). History was so simple for British children in those days. Our history books were full of heroic victories and we believed that the British Empire had brought great benefits to many different parts of the world. Bringing objects of both artistic and spiritual value from many other countries, all of them poorer than ourselves at the time, seemed perfectly normal.

Nowadays we question all of that. Many in Britain are reconsidering the actions that were taken in the past by the British. We can’t undo most of them (slavery being the most enormous and terrible example) but already we are apologizing for some of the many mistakes made by our ancestors. Even the gesture of doing this is important.

Going back to the Sculptures specifically, this was a case for me of questioning all the facts and circumstances surrounding how they ended up in a gloomy, badly lit gallery in the British Museum, thousands of miles from the translucent Hellenic light where they were created.

I read everything I could find (including Christopher Hitchens and Geoffrey Robertson) and went from darkness into light, realizing that much of the Elgin story that many in the UK believe is entirely untrue. He was given permission in the form of a letter (not an officially stamped Firman from the sultan as so many think) to take impressions and drawings of the sculptures so that they could be reproduced to decorate his new house. He was not given permission to violently hack and saw them off the building, a task which took 300 men an entire year to achieve and required massive bribes to local guards. Elgin’s desire to have these originals for his private house was only thwarted when he finally returned home and found himself with massive debts. The British Museum paid him £35,000 (less than half his expenses for removal and transport) to help resolve his money problems and pay divorce expenses. The one unquestionable thing in this long debate is that the British government did hand over money for these priceless objects. But not to their rightful owners.

Many years after acquisition, Henry Duveen (another figure with his own shadowy story) gave money for the gallery where they now live and instructed them to be scrubbed with wire wool to make them whiter, an act which by anyone’s standards is seen as an act of destruction not conservation today.

There is not enough space to express all my emotions on the subject of the mistreatment of these beautiful objects but, needless to say, a small amount of reading was enough to shift my opinion completely and Boris Johnson’s interview last year for a Greek newspaper in which he implied that the Sculptures would never go back to Athens spurred me to join the British Committee for the Reunification of the Parthenon Marbles, a group which passionately and continuously lobbies for their aim. I am now one of at least 59% of the British population who believe that the Sculptures should be returned to Athens.

The politicians and museum trustees and directors on both sides are generally obliged to use polite and careful language and I respect that. It’s how it should be. I am a member of the public, however, and perhaps can use stronger vocabulary. For me, Elgin’s action was a simple story of theft. I am massively embarrassed by it and the British Museum’s stubborn and outdated stance on the matter. This is a museum which has 8 million objects in its ownership, of which only 80,000 are on display (1 percent!). As well as the moral arguments, there are the practical ones. They will not be short of other objects to display. And there will be rejoicing in the streets, not just of Athens but of London too. Once British politicians fully understand this, I believe the tidal wave of opinion will be irresistible. It’s a matter of them using their hearts as well as their minds and, quite simply, doing the right thing – and recognizing that history itself will see them doing it too.

Victoria Hislop is an English author. Several of her novels are set in Greece. In 2020, Hislop was granted honorary Greek citizenship for promoting modern Greek history and culture.