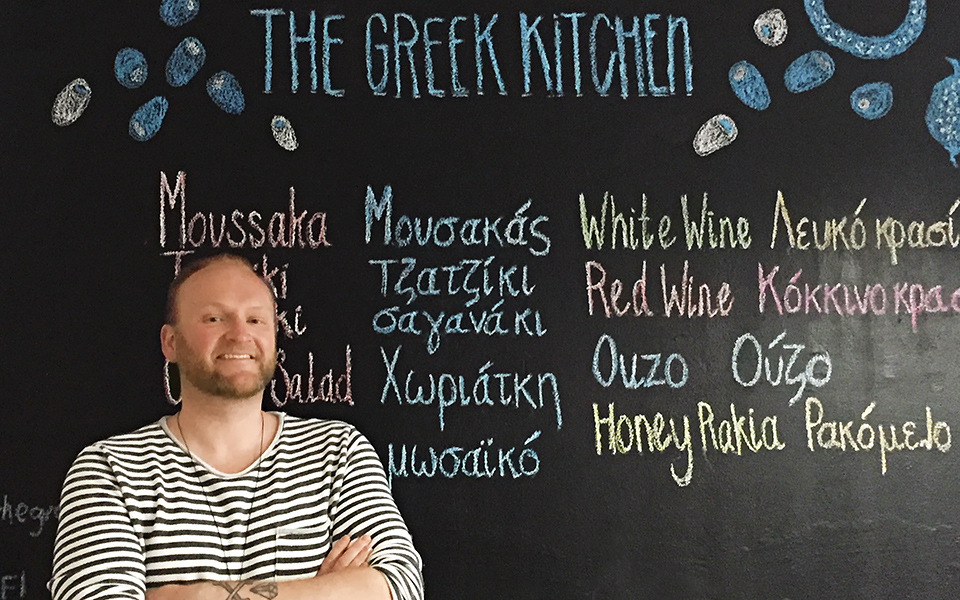 The Expat Sharing His Love of Greece Through Cooking Lessons

He came to Greece alone at the age of 17 after having lied to his parents. “I knew then that I wanted to live in Athens,” says Stephen Akehurst, now 38, as he welcomes me into a beautifully renovated space in the Greek capital, where he teaches Greek cooking to dozens of travelers every day. Here they learn how to make briam, tzatziki and moussaka – both regular and vegan – hear stories about dramatic or funny meals and learn some of the “secrets” of successful recipes, the kind that even mothers may hide from their daughters.

“The goal here is to have fun, not become chefs,” says Akehurst, the life and soul of The Greek Kitchen: Culinary Experiences, which started operating in the Varvakeios Market in downtown Athens about two months ago.

“I chose this location on purpose, because it is the block that best represents Greek gastronomy. In the market you can find every type of meat or fish, while the streets around it sell the weirdest spices and best koulouria [sesame-covered bread rings] in town,” says Akehurst, who also organizes food tours. 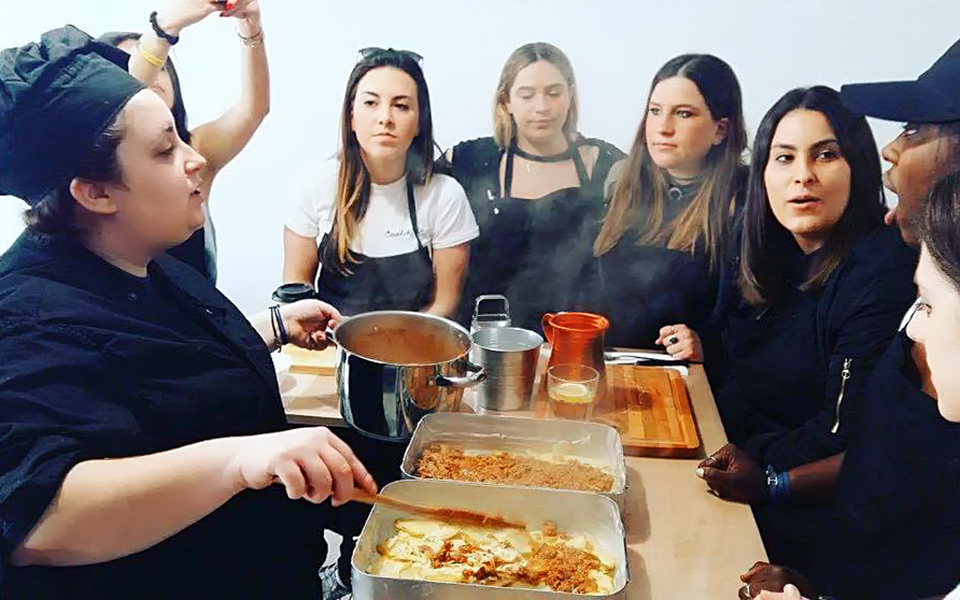 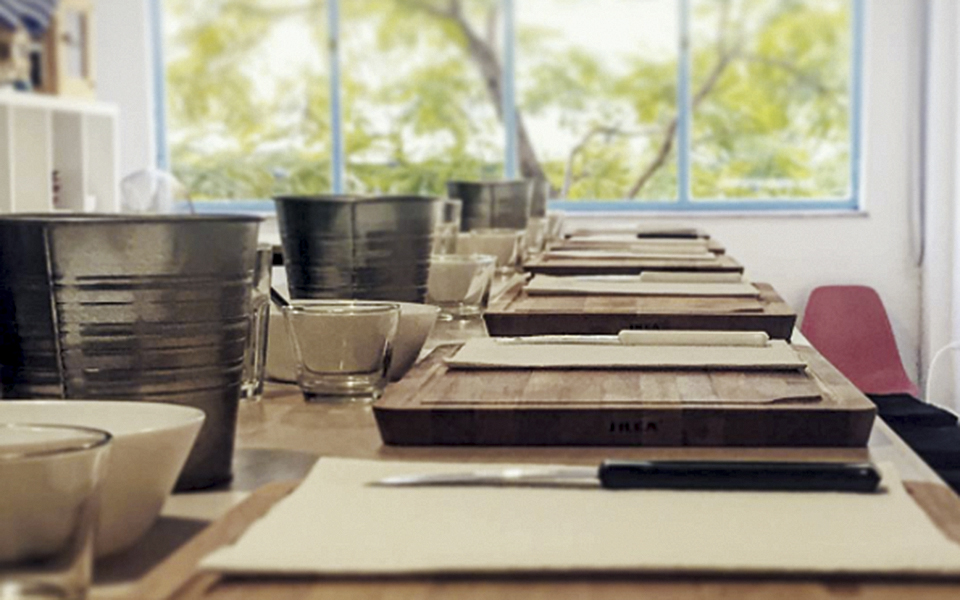 At the same time, he adds, you will find grocery stores run by immigrants from countries such as India, Pakistan, Bangladesh, Georgia and Poland, to name but a few, who stock ingredients for dishes from around the world.

“Some shops tell the story of different chapters of Greek history, as is the case with Miran and the population exchange with Turkey, which inevitably influenced modern gastronomy,” notes Akehurst, who is taking Greek lessons, as is his Bulgarian partner, Nevyana Kolarova. “By combining our knowledge, we offer services in Russian, Spanish, Turkish, Dutch, Danish, Norwegian, Swedish and, of course, our mother tongues.”

But is it possible that two European expats know enough about Greek cuisine to teach it? “Our Greek associate, Vasoula Sakka, is entirely responsible for the cooking classes and the storytelling,” Akehurst explains, saying that he is always learning new recipes and modern versions of traditional ones by her side. 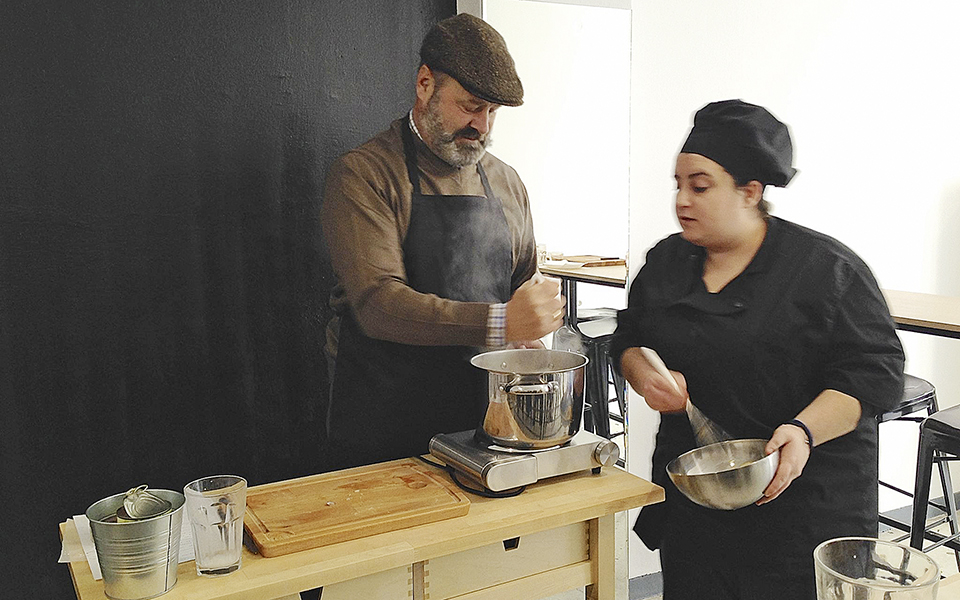 Around the World and Back to Greece

Akehurst’s love for Greece did not start with food. “I had seen a photograph of the Temple of Apollo at Sounio and it moved me,” he remembers. “I told my mother I was just popping over to London, but I came back with a sunburnt back.”

His first surreptitious visit was followed by dozens more, but back then the young Briton did not stay put anywhere for long, living in several countries.

“I started in Latin America and then went on to live in Amsterdam and Copenhagen, paying frequent visits to Greece, and in 2013 I started bringing traveler groups to Greece,” says Akehurst. “I went to my first farmers’ market in the neighborhood of Gyzi and realized how much I missed having an open-air market with fresh and affordable products in the the UK.” He was surprised by the range of cheeses Greece has to offer, which he puts at over 200. As a result, he’s not surprised that Greeks eat more cheese annually than the French.” 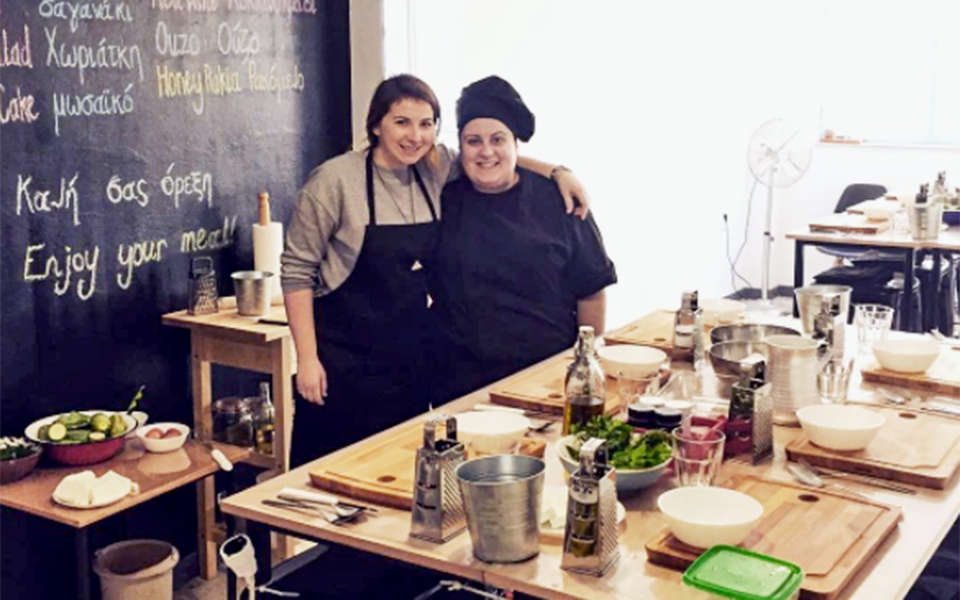 Akehurst also noted differences in food cultures. “Dutch people eat for sustenance; here, people take pleasure in cooking and indulging in long meals. Cooking is important to Greeks and it is also associated with close family ties,” he says. “My parents never traveled, but I had a deep desire to discover the world that I heard was out there, beyond my village, beyond Brighton.”

Despite his globetrotting ways, Akehurst says he is determined to stay in Athens, “just as I had originally planned” – for now, at least. “I imagine myself an old man living in Monemvasia, or Porto Heli if I’m rich.”